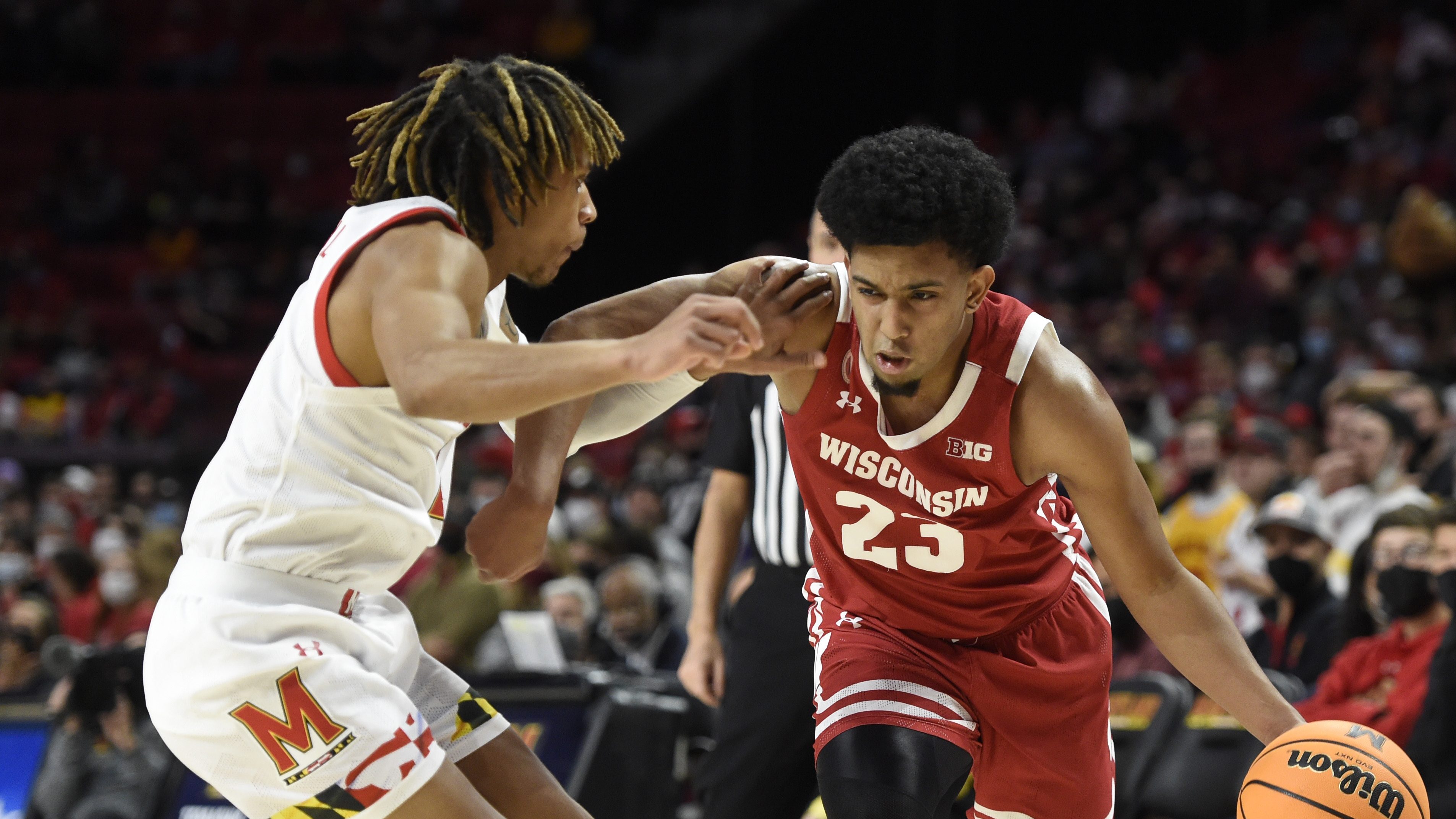 The Badgers (13-2, 4-1 Big Ten) extended their winning streak to five despite squandering a 21-point lead against the struggling Terrapins.

Steven Crowl gave Wisconsin the lead for good with a 3-pointer with 4:03 remaining to make it 60-57. Ayala cut the deficit to 70-69 on a 3-pointer with 4.2 seconds remaining. Brad Davison missed two free throws with 3.9 seconds left, but Ayala’s heave at the buzzer was offline as the Badgers escaped.

The Badgers appeared on their way to a comfortable victory when Chucky Hepburn’s 3-pointer pushed their advantage to 29-8 with 8:21 left in the first half. But Maryland ripped off the next 15 points, and Wisconsin took a 33-26 lead into the break.

Maryland’s push continued in the second half, and Ayala’s consecutive 3-pointers gave the Terps their first lead at 36-35.

Wisconsin: No team is going to be at its best every night, and the Badgers certainly weren’t sharp in the middle of the game. But they recovered from scoring just six points in a span of 13:40 to squeak out their third victory in seven days.

Maryland: The Terps resumed conference play by losing three times in seven days, but showed feistiness Thursday at Illinois and Sunday against Wisconsin by erasing big early leads. Maryland probably isn’t headed for the postseason, but it remains capable of hassling good teams even in a down year.

The Badgers were already due a jump in the rankings after winning Monday at No. 3 Purdue and following up with an 87-78 defeat of Iowa. This victory ensures Wisconsin’s leap isn’t muted.

Wisconsin will attempt to avenge its lone Big Ten loss of the season Thursday when it welcomes No. 13 Ohio State to Madison.

Maryland will try to avoid a season sweep Wednesday when it visits Northwestern.