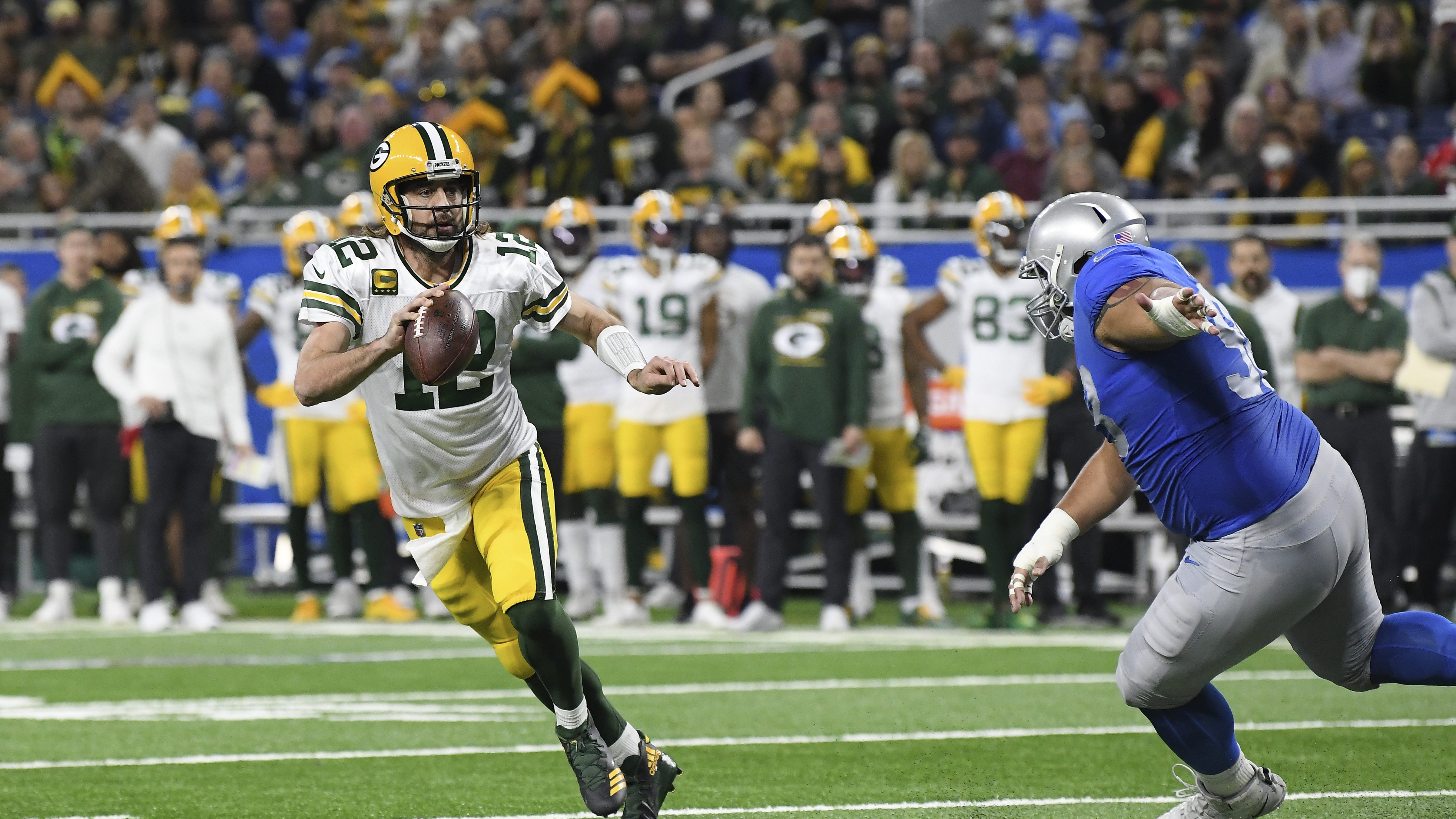 DETROIT (AP) — Aaron Rodgers threw two touchdown passes in the first half and sat out the second half with nothing at stake as the Detroit Lions beat the top-seeded Green Bay Packers 37-30 Sunday.

The NFC North champion Packers (13-4) rolled into the Motor City after already clinching the conference’s No. 1 seed and its only first-round bye.

He threw a 1-yard pass to Allen Lazard to cap a 13-play, 74-yard drive that took 7:18 off the clock to open the game and a 29-yard pass to the fourth-year receiver late in the second quarter for another score.

Rodgers replaced his helmet with a baseball cap at halftime and watched the rest of the game from the sideline out of harm’s way.

The Lions (3-13-1) closed coach Dan Campbell’s first season with plenty of pride and some nothing-to-lose plays.

With the win, though, they lost a shot at having the No. 1 pick in the NFL draft that was possible because Jacksonville toppled Indianapolis.

The tricky Lions tied it 7-all late in the first quarter when seldom-used Tom Kennedy ended up with the ball on a reverse and threw a 75-yard touchdown pass to Kalif Raymond.

Detroit took a 24-13 lead early in the third on a reverse flea-flicker with Jared Goff throwing a 36-yard touchdown pass to Brock Wright.

Love threw a go-ahead, 62-yard touchdown pass to Josiah Deguara with 4:49 left in the fourth, but the Packers could not hold on for the win.

D’Andre Swift scored on a 14-yard run with 1:54 left to put Detroit back ahead.

C.J. Moore intercepted Love’s pass at the Green Bay 36 on the ensuing possessions after it was deflected by linebacker Jalen Reeves-Maybin, setting up Riley Patterson’s field goal to put the Lions up by a touchdown.

Packers: WR Marquez Valdes-Scantling left the game with a back injury. … OT David Bakhtiari, a 2020 All-Pro, started and played for first time since tearing his left ACL on Dec. 31, 2020. … C Josh Myers started after getting removed from IR on Saturday. The rookie second-round pick from Ohio State had been out since had a knee injury on Oct. 17 at Chicago.

Packers: practice, rest and prepare to play in two weeks.

Lions: begin offseason project of making changes on the roster and coaching staff.