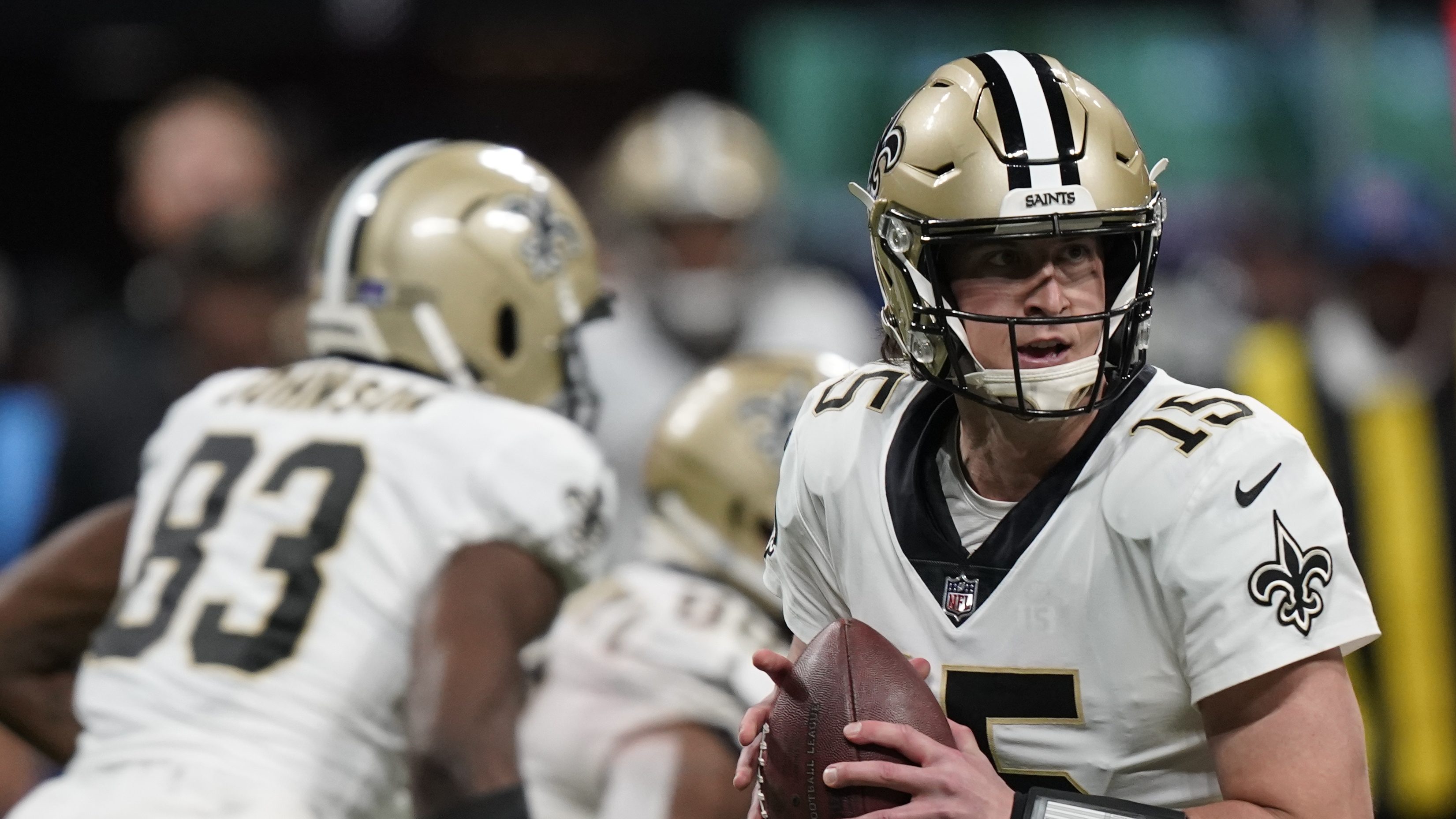 The Saints (9-8) needed the Los Angeles Rams to beat the San Francisco 49ers in order to get a wild-card spot and a fifth consecutive playoff berth, but the 49ers won 27-24 in overtime.

Trevor Siemian led back-to-back scoring drives following two Atlanta turnovers late in the first half, and the Saints overcame the loss of quarterback Taysom Hill to an injury.

The Falcons (7-10) were hurt by three turnovers, including two fumbles by running back Mike Davis.

With about six minutes left in the first half, the Saints were up 7-6 when Hill left the game a left-foot injury that happened on a 1-yard run. Hill went into the Saints medical tent on the sideline before being escorted to the locker room.

Siemian took over and threw a 13-yard touchdown pass to Tre’Quan Smith.

On the Falcons’ next play, Davis fumbled when he was hit by Malcolm Jenkins, and Saints linebacker Kwon Alexander made the recovery. Siemian’s 5-yard touchdown pass to Juwan Johnson with only 2 seconds remaining gave the Saints a 24-6 halftime lead.

Alvin Kamara ran for 146 yards on a career-high 30 carries for the Saints, topping his combined 102 yards in his last three games with his first 100-yard game since Dec. 12, when he had 120 yards against the New York Jets.

The Falcons had no answer in their running game. Davis led Atlanta with only 30 yards rushing on six carries.

A rare highlight for Atlanta came on Qadree Ollison’s 19-yard scoring run in the third quarter.

Falcons tight end Kyle Pitts returned from a hamstring injury and fell short in his bid to pass Mike Ditka’s record for most yards receiving by a rookie tight end. Ditka had 1,076 yards in 14 games for Chicago in 1961 and Pitts, who had only two catches for eight yards on Sunday, finished with 1,026 yards.

After playing the 2021 season on a one-year, $3 million contract, Falcons RB Cordarrelle Patterson is bound for free agency. He could be attractive for many teams after proving he can be productive as a runner, receiver and return specialist.

Patterson made it known Sunday he’s open to re-signing with Atlanta. He wrote on one of his cleats: “Why not retire in Atlanta?”

Arthur Blank missed his first regular-season game since becoming the Falcons owner in 2002 after testing positive for COVID-19. The Falcons say the 79-year-old Blank is fully vaccinated, has mild symptoms and “is doing well and in great spirits.”

The Falcons announced Davis was questionable to return with injured ribs following his second lost fumble.

Saints: New Orleans turns its attention to the offseason after missing out on a wild-card spot.

Falcons: Atlanta shifts its focus to the offseason and the NFL draft. General manager Terry Fontenot must prioritize needs, including edge rusher, offensive line, running back, wide receiver and quarterback.