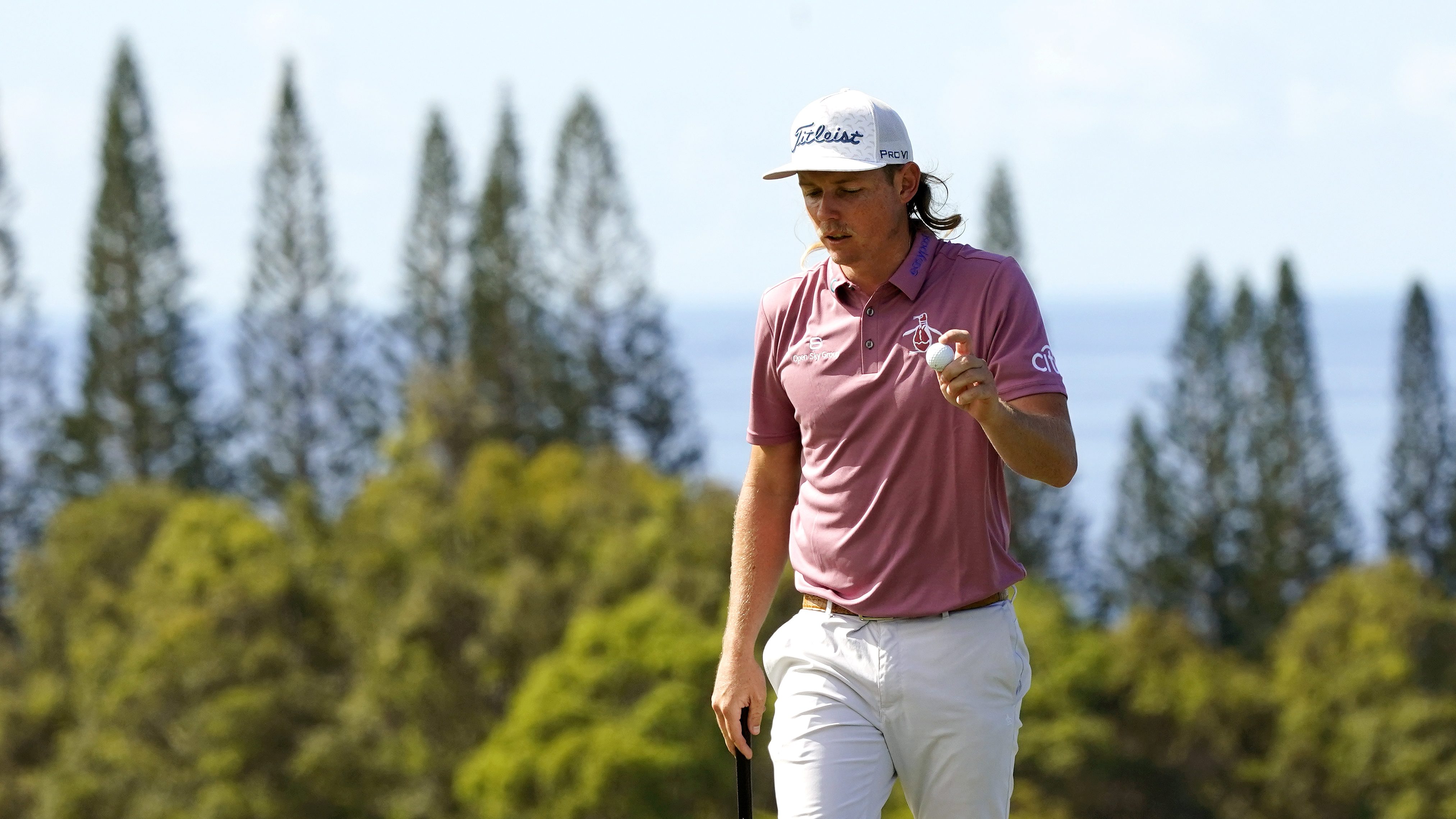 KAPALUA, Hawaii (AP) — No one ever finished a PGA Tour more shots under par than Cameron Smith, and he needed every one of them to outlast Jon Rahm and win the Sentry Tournament of Champions.

In the best scoring conditions Kapalua has seen in the 24 times it has hosted the winners-only start to the new year, Smith was relentless all the day down to the 3-foot birdie putt he made on the 18th hole for an 8-under 65 and a one-shot victory Sunday.

Smith finished at 34-under 258, a tournament record by three shots. Ernie Els won at 31 under in 2003, and that was the PGA Tour record for shots under par.

Three players beat that in this surreal week on the western edge of Maui.

Not only did he smash the record, the Australian went toe-to-toe with the No. 1 player in the world on the weekend and pipped him by a single shot.

Rahm, playing for the first time since Oct. 15, did all he could and Smith never gave him an opening. They started the final round tied for the lead. Smith pulled ahead with a 4-foot birdie putt on No. 4 and a 20-foot birdie putt on the par-3 eighth.

Rahm closed within one shot with a 15-foot birdie on the 11th.

They matched birdies and pars on the same holes the rest of the way. Rahm closed with a 66 to finish at 33-under 259.

“I have every reason to be smiling,” Rahm said about his score. “It’s a bittersweet moment.”

Matt Jones of Australia tried to join the race, holing out for eagle on the 13th, making a 4-foot eagle putt on the 15th and holing a 50-foot birdie putt on the 17th. A final birdie allowed Jones to tie the Plantation course record at 61 — Justin Thomas and Rahm each shot 61 on Saturday — to finish third.

Until this week, only three players had ever finished a 72-hole event at 30 under or lower — Els in 2003, Jordan Spieth at Kapalua in 2016 and Dustin Johnson at rain-soaked Liberty National in 2020.

And then three players topped that in this week of warm and no wind, along with a soft golf course from heavy rain before the strongest field arrived. The greens were soft and rolled smooth. There was no stopping them.

Smith picked up his fourth PGA Tour victory — two were team titles in New Orleans — and became the sixth player to have won at both Hawaii stops on the PGA Tour. He won the Sony Open in Honolulu two years ago in a playoff.

Rahm easily kept his No. 1 ranking and did little wrong in his return from the longest break of his professional career. He had a 20-foot birdie putt to tie for the lead on the 17th, his last good chance to catch Smith, that narrowly missed.

On the par-5 closing hole, Smith came up just short of the green. His putt from 90 feet slowed to a stop about 3 feet from the hole. That meant Rahm had no choice but to hole a 50-foot eagle putt from just off the green, and it just missed on the high side.

The previous record for low score to par without winning was Bryson DeChambeau, who finished at 27 under in the BMW Championship at Caves Valley last year and lost to Patrick Cantlay in a playoff.

Cantlay, playing for the first time since the Ryder Cup, closed with a 67 to finish at 26-under par. That was only good for fourth place this week.