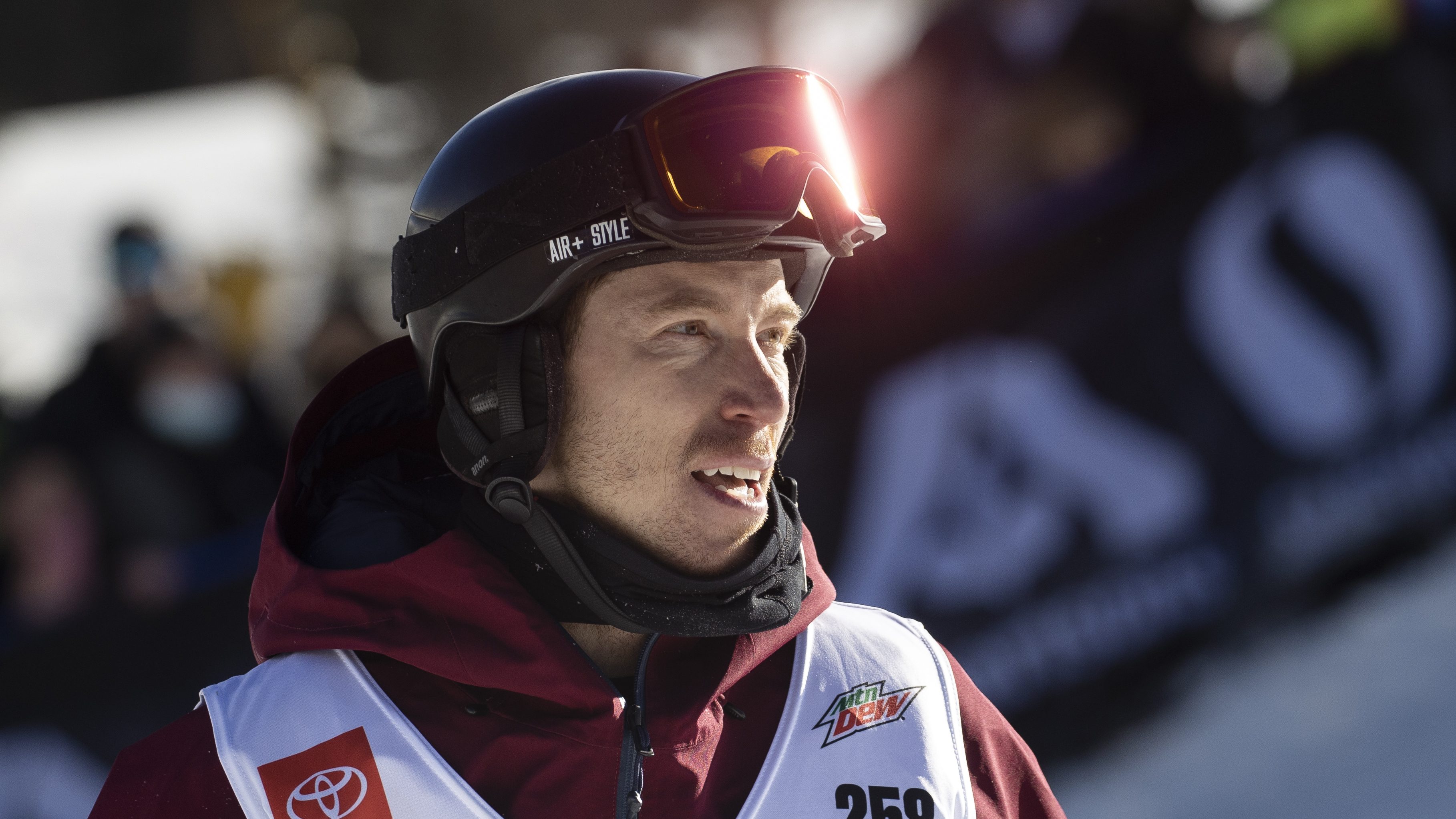 The snowboarding superstar left it with his ankle hurting and work still left to do.

White put together a solid run during qualifying at the U.S. Grand Prix on Saturday night but aggravated a lingering ankle issue in the process and he opted not to participate in the finals.

It led to the strange site of a portion of the 2022 U.S. Olympic snowboarding and freestyle team being announced later Saturday night without the 35-year-old who has redefined the sport.

U.S. Olympic Ski and Snowboard head coach Mike Jankowski said White headed back up to the top of the halfpipe for finals but couldn’t get warmed up enough to perform at the level that’s made him one of the faces of the U.S. Winter Olympic program for the better part of two decades.

“If you’re off a bit and you’re not feeling your ‘A’ game, at this level, at night in the icy white, it’s risky as you know so he decided to take a break,” Jankowski said.

The setback was the latest in a series of them for White since he returned to the sport following a three-year sabbatical after his dramatic final-run triumph in Korea in 2018.

He finished eighth and seventh in separate events last month and said earlier this week that he contracted COVID-19 in late December, describing his symptoms as a serious cold.

White arrived in California this week as the third-ranked American in a discipline that’s become dominated by the Japanese. He stressed the importance of wanting to generate some momentum heading to China, Now he finds himself in fourth behind a group led by 2014 Olympian Taylor Gold, though White is still likely in good position provided he’s healthy. The team does not have to be finalized until Jan. 21.

“(White) just wants to train and keep working hard and keep getting better,” Jankowski said. “He’s hoping the spot where he’s at now holds solid and that he’s able to get the nomination to the team.”

While White’s status is still unclear, a couple of his contemporaries who have multiple Olympic gold medals at home punched their ticket to Beijing.

Two-time freestyle halfpipe gold medalist David Wise posted a strong 95.25 during his first run in the finals to finish second to Nico Porteous of New Zealand to assure himself of a shot at a three-peat, something the 31-year-old feared might not happen after a string of finishes off the podium.

Wise’s ability to drill a run when he absolutely needed it — with a crowd of supports that included his parents, his wife and his two children as well as friends who made the three-hour trip from the Reno, Nevada, area — made his third Olympic appearance all the sweeter.

“The last two times, I was the first guy to lock in my spot,” Wise said. “And that was definitely not the case this time around. I did it by locking it in at the last minute. But that battle, it just gives me a little bit more ammunition for Beijing.”

Wise will be joined by Alex Ferreira, who took silver in Korea four years ago as the U.S. went one-two. Aaron Blunck will make his third Olympic appearance on the halfpipe.

Two-time Olympic gold medalist Jamie Anderson will get a shot at a three-peat in women’s snowboard slopestyle. Anderson, who also earned a silver in Big Air in Korea in 2018, will head to China with some momentum after edging Zoi Sadowski Synnott of New Zealand in the slopestyle final on Saturday.

“Returning as a two-time champ, you feel the heat and pressure of that, but I also feel I’m grateful to have the privilege to go and represent our country and do what I love and hopefully inspire young girls and young people everywhere to follow their dreams,” Anderson said.

Hailey Langland will return to the Olympics for a second time after competing in both slopestyle and Big Air in Pyeongchang.

Defending halfpipe champion Chloe Kim leads the women’s team snowboard halfpipe team. The 21-year-old Kim soared to gold as a teenager in Korea and like White a decade ago, has become the standard-bearer for her sport, winning five straight events heading up to Beijing.

Maddie Mastro, the last athlete to beat Kim, will join Kim in China, though she is recovering from an ankle injury suffered after crashing hard at a Dew Tour event in Colorado last month.

Red Gerard will get a chance to defend his gold medal in snowboarding slopestyle after earning an automatic berth. He’ll be joined on the slope course by Dusty Hendrickson and Chris Corning.

The women’s freestyle halfpipe team will be led by 17-year-old newcomer Hanna Faulhaber, who finished a tight second to Eileen Gu — an 18-year-old born in San Francisco who will compete for China, where her mother is from. Brita Sigourney, a bronze medalist in 2018, will try to add to her medal haul in what will be her final Olympics.