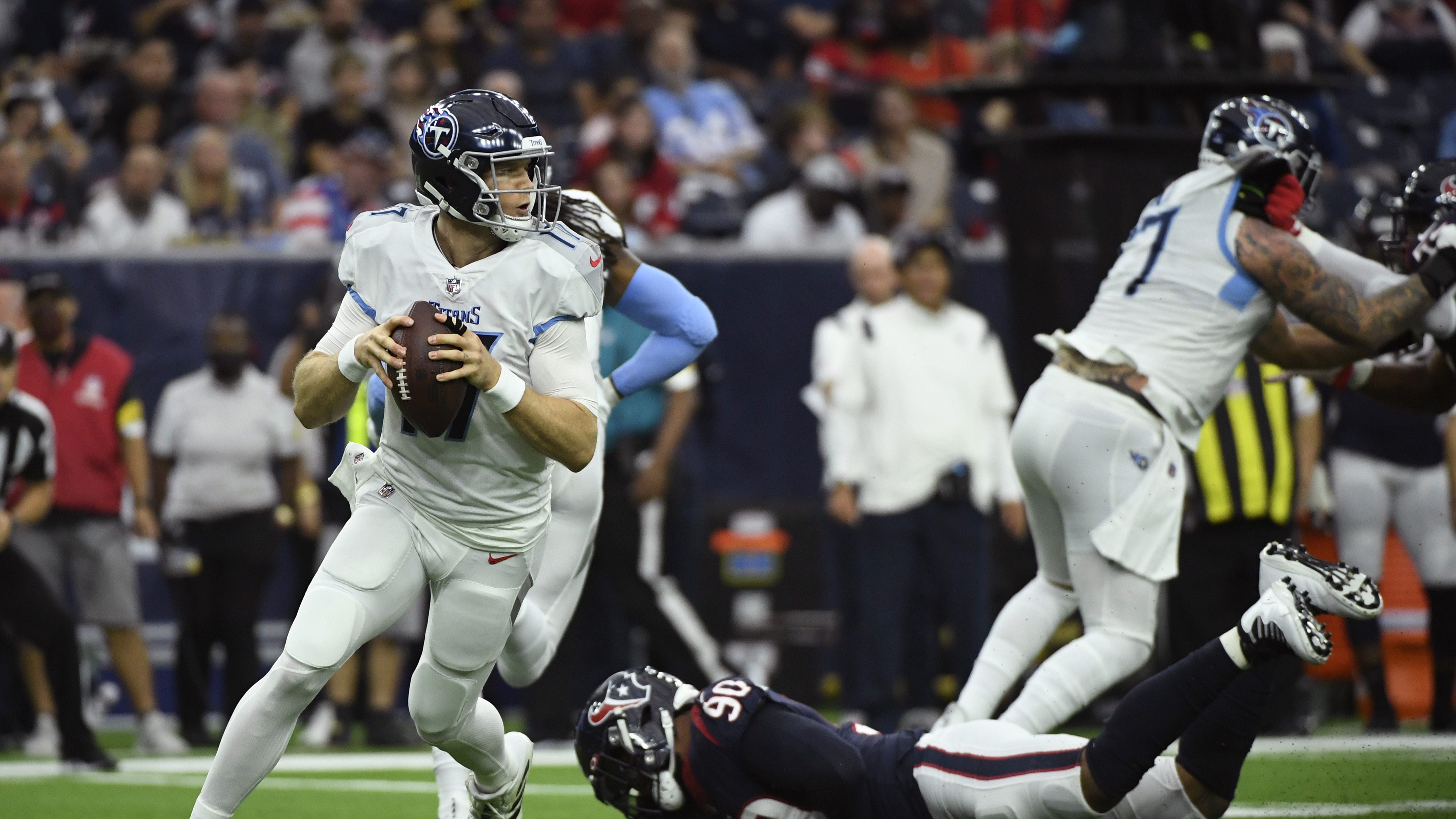 HOUSTON (AP) — Ryan Tannehill tied a career-high with four touchdown passes to help the Tennessee Titans clinch the top seed in the AFC with a 28-25 win over the Houston Texans on Sunday.

The 12-5 Titans, who secured their second straight AFC South title last week, have the No. 1 seed in the AFC for the third time since leaving Houston in 1997 and first since 2008. They also have a first-round bye.

Tannehill threw three touchdown passes in the second quarter to put the Titans up 21-0 at halftime.

But the Texans (4-13) came alive in the second half, scoring 18 unanswered points to get within 3 before Julio Jones caught his first touchdown pass of the season on a 3-yard grab that made it 28-18 with about seven minutes remaining.

Houston cut the lead to 3 again when Danny Amendola’s second touchdown reception of the game made it 28-25 with 4½ minutes to go. Tennessee got a first down on third-and-2 with about three minutes left and ran out the clock to secure the victory.

Tannehill’s big day came after he threw a career-high four interceptions in a 22-13 loss the first time Tennessee played Houston this season on Nov. 21. On Sunday, he was 23 of 32 for 287 yards.

Houston’s Davis Mills threw for 301 yards and three touchdowns to give him 2,604 yards passing this season to move past David Carr (2,592) for most yards passing by a rookie in franchise history.

Amendola had seven receptions for 113 yards and two touchdowns in his first game since Nov. 28.

The Titans took a 7-0 lead when Tannehill threw a 5-yard touchdown pass to Anthony Firkser with about 7½ minutes left in the second quarter. A.J. Brown made it 14-0 when he grabbed a 14-yard pass from Tannehill with about 90 seconds before halftime.

The Titans forced a punt and Lonnie Johnson intercepted Tannehill in the end zone on a long pass on the next drive. But Eric Murray was called for pass interference to negate the interception and move the Titans 45 yards to the Houston 4.

Tannehill’s third touchdown pass came on the next play when he connected with Nick Westbrook-Ikhine for a 4-yard score to extend the lead to 21-0 at the break. It was the first time a Titan has thrown three touchdown passes in a quarter since Steve McNair did it in 2005 against the 49ers.

Houston cut the lead to 21-7 when Mills found Chris Moore on a 28-yard pass on a flea-flicker with about 10 minutes left in the third quarter.

The Texans got a 31-yard field goal from Kaʻimi Fairbairn late in the third quarter to get within 21-10.

Houston DE Jonathan Greenard injured his foot in the second quarter and didn’t return. … WR Brandin Cooks left the game in the third quarter with a knee injury.

Titans: Have the AFC’s only bye next week before opening the playoffs in two weeks.

Texans: Face an offseason in which they are expected to finally trade quarterback Deshaun Watson. Watson did not play this season amid a trade request and 22 lawsuits alleging sexual harassment or assault.