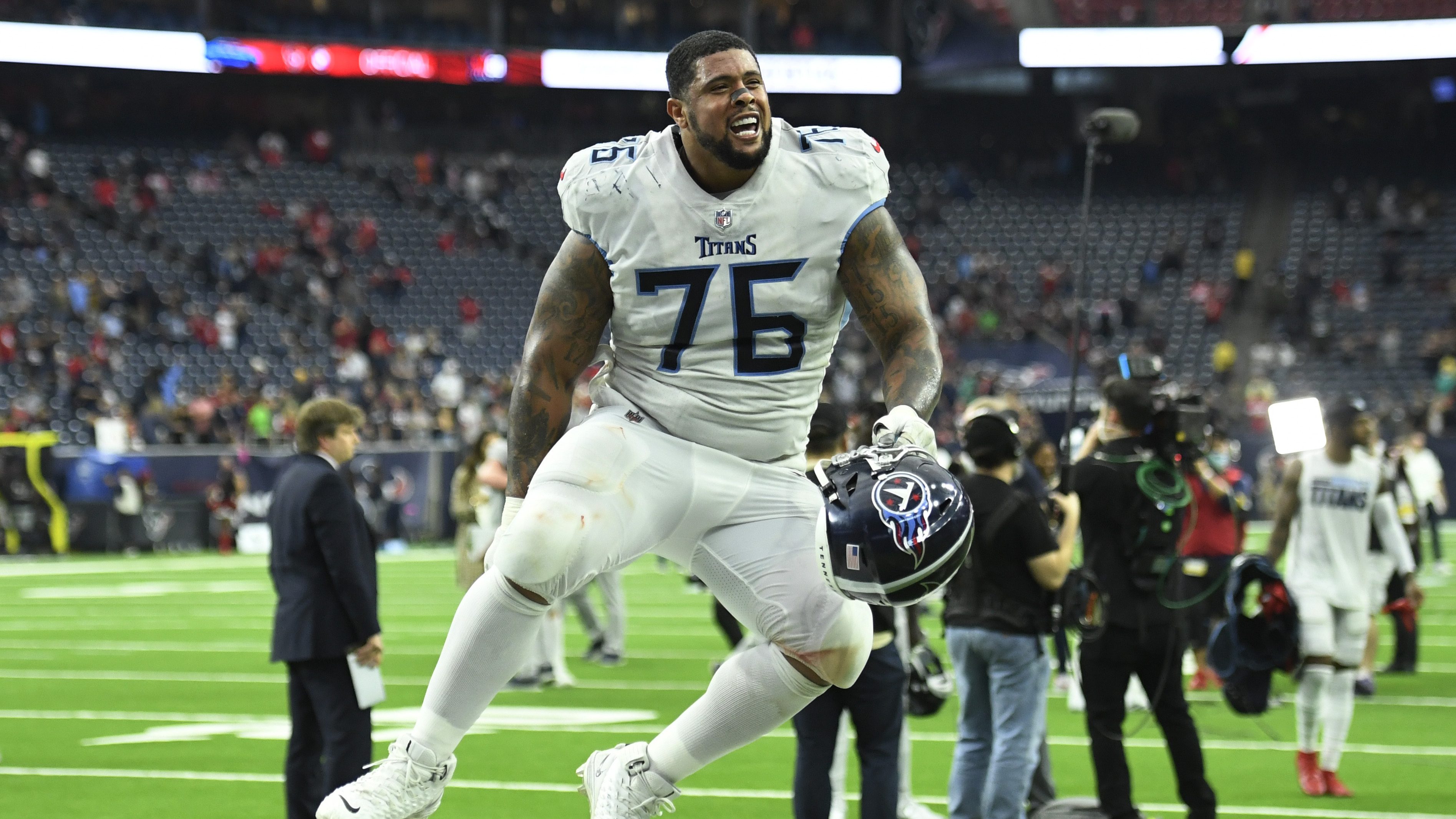 The AFC playoffs will be running through Music City, and the Tennessee Titans should have Derrick Henry back for their first game this postseason.

The Tennessee Titans, who’ve used an NFL-high 88 players for the most ever in a non-strike season, clinched their first No. 1 seed since 2008 and third overall. They needed only a win Sunday, though they made it interesting before holding off the team that replaced them in Houston 28-25 to clinch the AFC’s top spot.

Titans coach Mike Vrabel noted nobody hands out T-shirts and hats for clinching the top seed.

“We understand we’re in the Elite Eight,” Vrabel said. “We’ve moved onto the second round of the playoffs without having to play a playoff game.”

The Chiefs (12-5) beat Denver on Saturday and needed the Titans to lose to clinch the AFC’s top seed. The Titans’ win locked Kansas City in the No. 2 seed thanks to Tennessee (12-5) holding the tiebreaker after beating the Chiefs 27-3 on Oct. 24 in Nashville.

Only the Green Bay Packers had their playoff seeding set as the NFC’s No. 1 seed going into the NFL’s final week of the regular season. The AFC had teams fighting for the final two wild-card spots and San Francisco trying to hold onto the final wild-card berth in the NFC.

The Indianapolis Colts came in on a roll with seven Pro Bowl players needing only to beat Jacksonville to reach the playoffs. Instead, the Colts blew a wild-card berth by losing their seventh straight road game to the Jaguars 26-11.

Ben Roethlisberger will play at least one more game as long as Sunday night’s game between the Los Angeles Chargers and Las Vegas Raiders does not end in a tie. The Steelers had been on the outside looking in until the Colts’ loss, and they beat Baltimore 16-13 in overtime.

“I’m just happy for Ben,” Steelers kicker Chris Boswell said. “We’re sending him to the playoffs. This team deserves it.”

The Buffalo Bills clinched their second straight AFC East title and the No. 3 seed by beating the Jets 27-10 to finish 11-6.

The New England Patriots (10-7) will be playing their first wild-card game on the road under coach Bill Belichick with their 17 previous playoff berths all as AFC East champs. The Patriots lost three of four, including 33-24 to Miami on Sunday.

In the NFC, the defending Super Bowl champion Tampa Bay Buccaneers (13-4) clinched the No. 2 seed by downing Carolina 41-17. The Bucs will host seven-seeded Philadelphia (9-8) in the wild-card round.

Third-seeded Dallas, which routed the Eagles on Saturday night, will host No. 6 seed San Francisco (10-7). The Niners beat the Rams 27-24 in overtime to earn their second playoff berth in three seasons.

The Rams (12-5) won their third NFC West title in five seasons with coach Sean McVay when Arizona lost 38-30 to Seattle for the Cardinals’ fourth loss in five games. The Rams loss dropped them to the No. 4 seed, and they will host the fifth-seeded Cardinals (11-6) in the wild-card round. Each team won as the visitor in the two matchups this season. Arizona won at SoFi Stadium 37-20 in October and the Rams won 30-23 at Arizona last month.