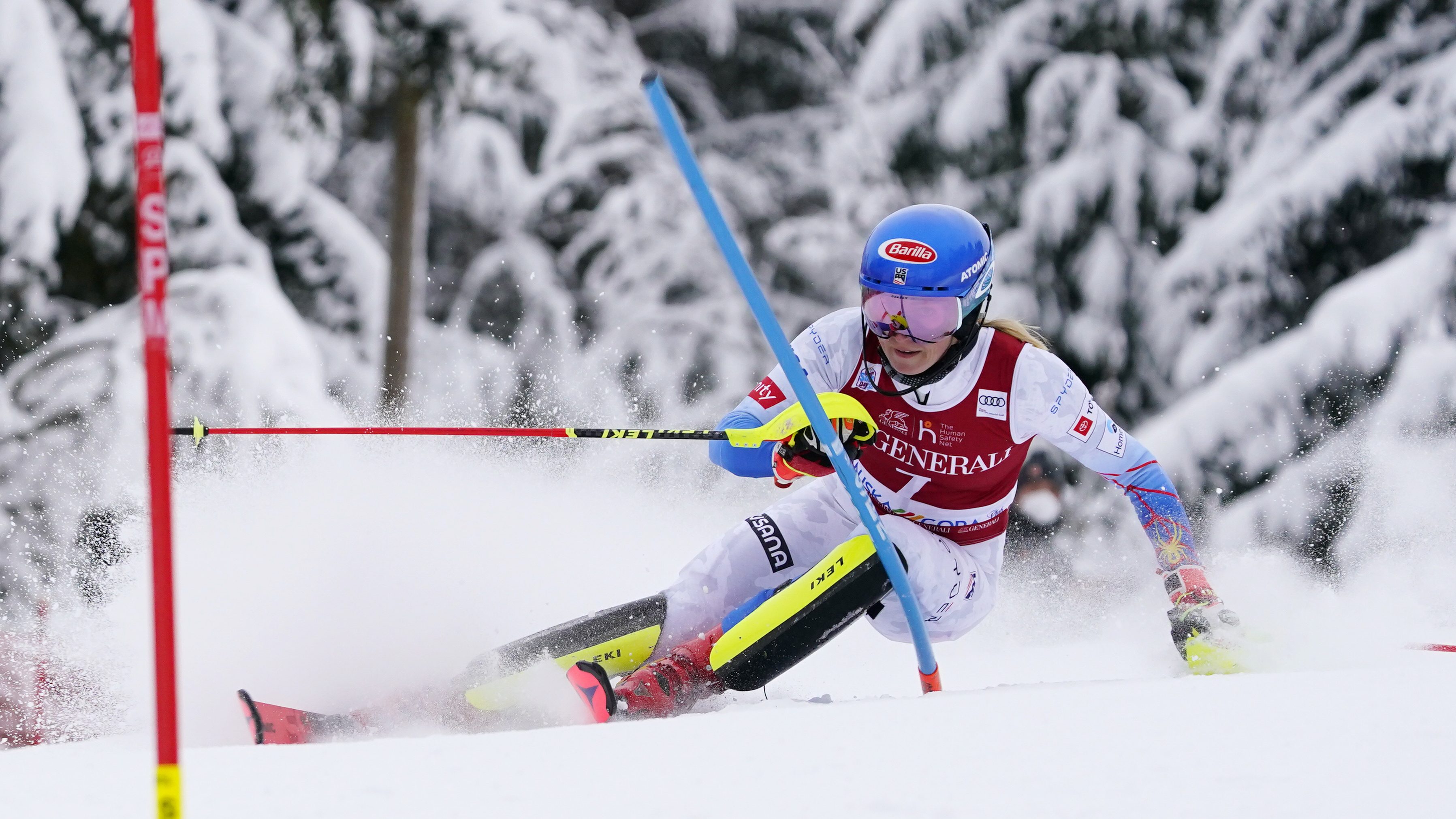 After her first Winter Games triumph as a teenager in 2014, Mikaela Shiffrin gushed about “dreaming of the next Olympics (and) winning five gold medals” — which not only didn’t happen, of course, but wasn’t even possible because the American ended up not competing in every Alpine event four years later.

Now a veteran of 26, and well-established as the world’s top all-around ski racer, Shiffrin aims to be in the starting gate at the Beijing Olympics for the slalom, giant slalom, super-G, downhill and combined, along with maybe even the mixed team parallel, according to her coach.

She knows, though, that just entering everything will be a challenge in itself, let alone claiming a haul of medals to add to the two golds and one silver she has from past Olympics, which go along with a half-dozen world championship golds and a trio of World Cup overall titles.

“I have to do a lot more preparation, like, mentally — just understanding how that is going to affect me mentally and physically throughout, essentially, the three weeks that we’re there,” said Shiffrin, the 2014 Olympic champion in slalom and 2018 champ in giant slalom.

“So it definitely takes a lot of my focus to think: What are the boxes we have to check even totally outside of, like, skiing and technique and tactics and the physical side of things?” she said. “What are the boxes we need to check to make sure that I have some comfort level staying in a place that I’ve never been before for three weeks and dealing with the jet lag and getting over that as fast as possible?”

Shiffrin, who is from Colorado, frequently talks about what it will take to avoid feeling uncomfortable on, or even between, race days.

There is a lot wrapped up in that area as she heads to her third Olympics, from the back spasms that limited her preparation in November, to the bout with COVID-19 she experienced in late December, to her first “did not finish” in a slalom in four years that came in January, to the many stress factors she sounds at ease discussing and dissecting.

“If we’re doing our jobs, we shouldn’t have to do anything special for her to feel right and for her to feel comfortable. Everything that we can control, we’re controlling, and trying to stay ahead of every little thing, whether it’s making sure she’s not walking up too many stairs, whether it’s making sure there are not too many steps in a day, making sure there’s a nutrition option that’s convenient and handy or that she can eat in her room if the dining room is too crowded. Or just another stressor,” said Shiffrin’s coach, Mike Day. “Truthfully, you don’t want to suddenly get to the Olympics and change what you’re doing, right?”

There’s more, too, that comes with any Winter Games, of course, but will be of particular concern at these, including a new and unseen course that no elite racer will try until Feb. 3, just three days before the men’s downhill begins the Alpine schedule.

There’s also the ever-present element of COVID-19 and all of the unusual arrangements and uncertainties that brings.

Other story lines to follow in Alpine skiing at the Beijing Olympics:

Usually, test events are held on an Olympic hill a year or more ahead of time, giving ski racers a chance to check out the site and train and compete on the course. Thanks to the coronavirus pandemic, those were scrapped.

So everything will be a bit of a surprise when coaches and athletes get their first look at the artificial snow on the slopes of the National Alpine Skiing Center in Yanqing zone, about 55 miles northwest of Beijing’s city center.

If the casual fan knows current World Cup overall leader Shiffrin’s name the best — thanks to years of success and her prominence in TV ads for these Olympics — anyone who follows ski racing closely is aware of two prominent challengers: Petra Vlhova, a 26-year-old from Slovakia, and Sofia Goggia, a 29-year-old from Italy. Vlhova is the reigning overall World Cup champion and won five of this season’s first six slaloms, a race Shiffrin used to dominate; Goggia has won seven consecutive downhills and will be favored to repeat her Olympic gold in that event.

Marco Odermatt, a 24-year-old from Switzerland, will head to his first Olympics as a potential star-in-the-making. A winner of five golds at the 2018 junior world championships, Odermatt leads the World Cup standings and has five victories plus three runner-up finishes this season. Second in the overall is 2019-20 champion Aleksander Aamodt Kilde, a 29-year-old from Norway who is dating Shiffrin and skiing well after returning from a knee injury.

The U.S. ski team is now without three-time Olympic medalist Lindsey Vonn and double gold medalist Ted Ligety, who joined Bode Miller and Julia Mancuso in retirement. Shiffrin is not the only American worth watching, though. Breezy Johnson, who turns 26 on Jan. 19 and is from Wyoming, has three second-place appearances behind Goggia in downhills this season. Bryce Bennett, a 29-year-old from California, won a men’s downhill in Val Gardena, Italy, in December. And Ganong, a 33-year-old from California, produced a podium finish in a super-G at Beaver Creek, Colorado. “There’s a lot that can happen in China,” Johnson said. “I just want to set myself up to do the best that I can and try to execute on race day.”