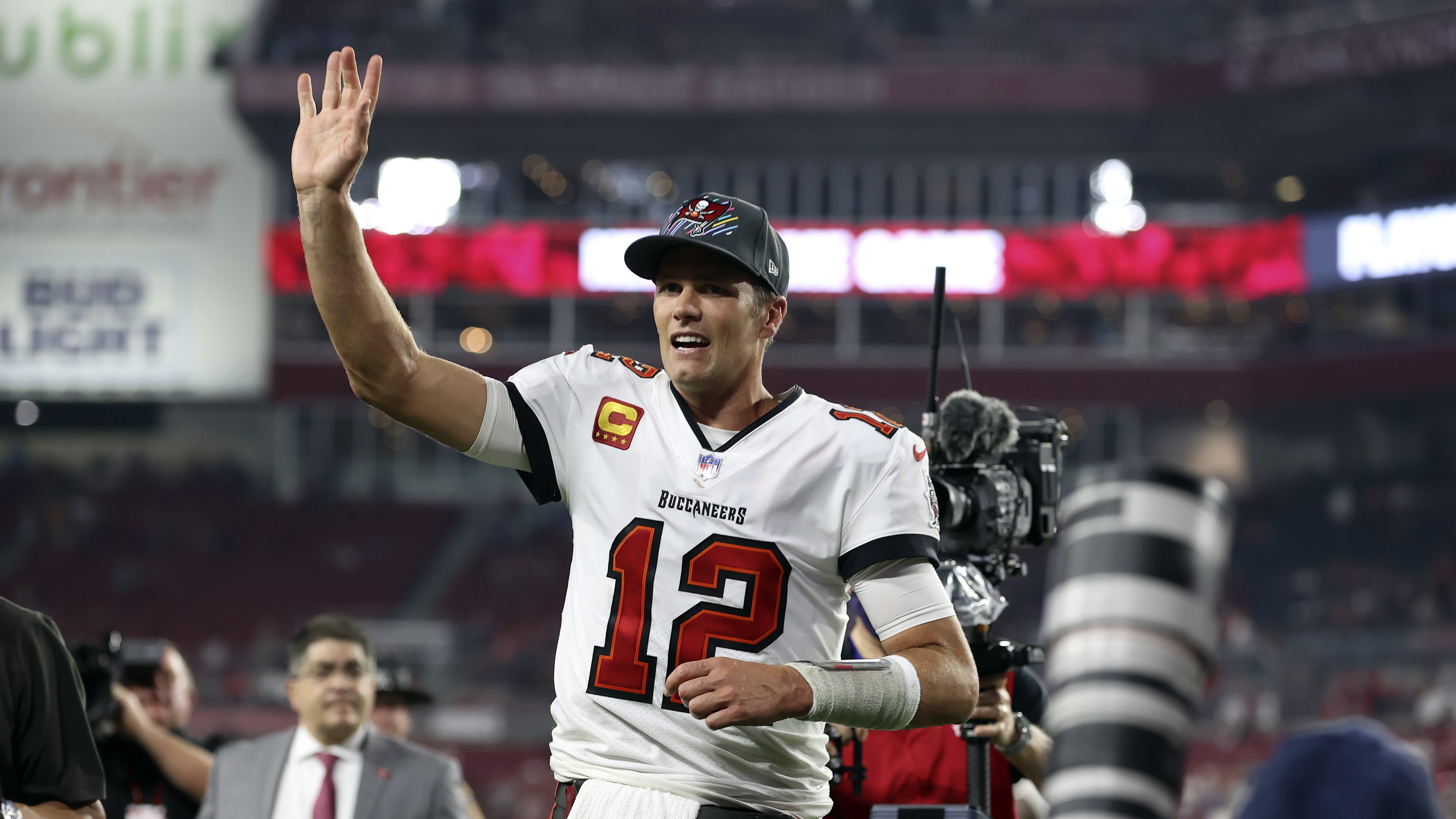 TAMPA, Fla. (AP) — For all the talk about the Tampa Bay Buccaneers defying the odds of keeping last year’s Super Bowl roster together, there’s been one constant in the team’s recipe for getting back to the playoffs — Tom Brady.

The 44-year-old, seven-time NFL champion had one of his best seasons statistically, leading the Bucs to a franchise-record 13 regular-season wins, the club’s first division title in 14 years and the No. 2 seed in the NFC.

Brady led the league in completions, attempts, passing yards and touchdown passes, helping Tampa Bay withstand a slew of injuries that have tested the team’s depth on both offense and defense while joining Drew Brees as the only quarterbacks in NFL history with multiple 5,000-yard seasons.

As far as coach Bruce Arians is concerned, there’s no question Brady is the league’s most valuable player.

“I think if he doesn’t get it, it’s a travesty,” Arians said Monday. “Most completions ever, 5,000 yards, touchdowns, the whole nine yards. To me, it’s not even a close race.”

Brady enters the playoffs this weekend, coming off the 66th game of his career with three TD passes and no interceptions — most in league history.

And, he’s done it while playing at times without tight end Rob Gronkowski, running back Leonard Fournette and receivers Chris Godwin, Mike Evans, Antonio Brown and Scotty Miller due to injuries.

Brown, of course, won’t be around to help Brady in the playoffs after he had an in-game meltdown against the Jets and was released last week.

“It’s been a next-man-up mentality all year, really,” Evans said. “We haven’t had our full team the whole season, and that’s how it’s had to be. We’ve had to adjust. It helps that we have a surplus of talent on this team for guys to step up.”

Arians tipped his hat to general manager Jason Licht and vice president of player personnel John Spytek for their roles in helping the Bucs get back to this point.

“Those guys put together a hell of a roster and we kept adding to it with veteran players as the went along,” noting recent acquisitions Le’Veon Bell and Breshad Perriman contributed to Sunday’s 41-17 victory over the Carolina Panthers. “I can’t say enough about our front office having a great roster.”

Tampa Bay finished second in the league behind Dallas in total offense (405.9) and scoring (30.1).

Including playoffs, the Bucs have scored 30 or more points 22 times since Brady joined them in 2020. They are 22-0 in those games.

The Bucs have had one of the NFL’s stingiest run defenses over the past three seasons; however, they haven’t been nearly as good stopping the run lately. Carolina had 110 yards rushing on Sunday. Arians said the absence of David, who’s missed the past three games, is a factor.

The offensive line features three Pro Bowl selections and protected Brady well, allowing him to be sacked only 22 times.

Arians said poor tackling is partly responsible for Tampa Bay slipping from first to third in the league in rushing defense at 92.5 yards per game.

The Bucs expect Barrett (knee), Pierre-Paul (shoulder) and Fournette (hamstring) to be ready to return for the start of the playoffs. There’s a chance David (foot) could return from injured reserve, too.

When Bell caught a 1-yard touchdown pass on Sunday, he became the 90th different player to score on a reception from Brady during the quarterback’s 22-year career. That’s the most different TD targets for a QB in league history.

The Bucs host the Eagles on Sunday, the first playoff meeting between the teams since Tampa Bay won the NFC championship game in Philadelphia 19 years ago.