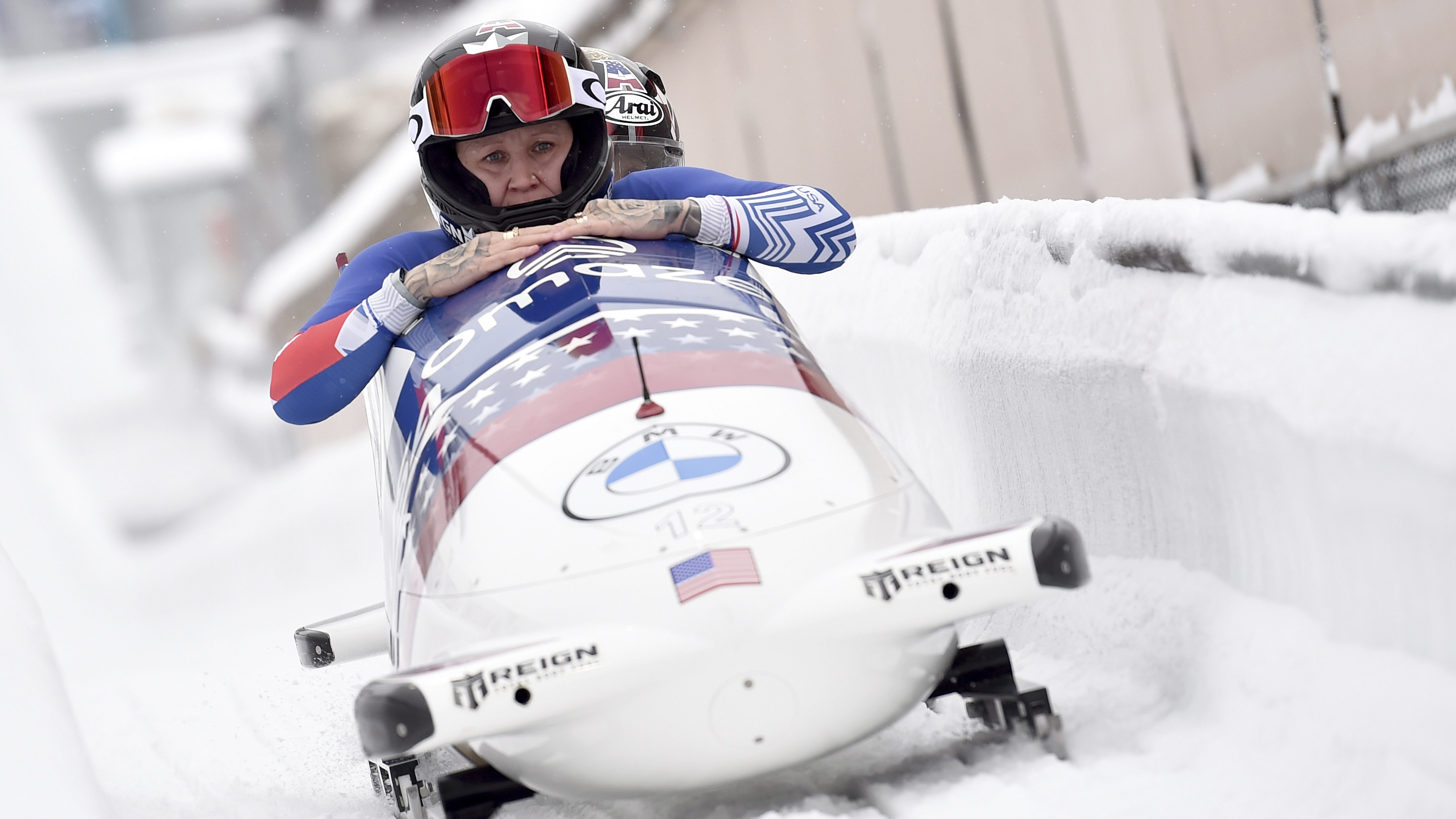 At the last Olympics, Kaillie Humphries was Canadian and women’s bobsledders had just one chance to win medals.

A few things have changed over the last four years.

Humphries holds American citizenship now, and she’ll be competing in two events — not one — at the Beijing Games in February, with this set to become the first Olympics where monobob is included in the medal program. And the three-time medalist is looking for more.

“The sole focus is on February,” Humphries said.

With good reason. Olympic gold is what drives her, and most bobsledders, like nothing else. The longtime star of the Canadian bobsled team began sliding for the Americans three seasons ago, needing a lengthy legal and administrative fight just to get a U.S. passport in time to compete in these Olympics. She got it, with just a few weeks to spare.

Now, she has a chance at double medals. The women have their customary two-person event, plus monobob — just a driver in the sled, no brakeman — is a huge chance for some of the best pilots in the world to enhance their Olympic legacies. Humphries is the reigning world champion and fellow U.S. driver Elana Meyers Taylor has been arguably the best monobobber in the world this season.

But here’s more proof that it’s all about Beijing: Meyers Taylor — also a three-time Olympic medalist, one of those coming as a push athlete — skipped a monobob race a few weeks ago, thinking more about long-term goals than short-term gains.

“I really need to preserve my body, and I know I have to take it easy sometimes,” Meyers Taylor said.

It’ll be the usual suspects who enter the Beijing Games as medal favorites. The U.S. could get as many as four of the six medals awarded in women’s races.

The double-gold winner from the Pyeongchang Games — he shared the two-man title there with Canada’s Justin Kripps — is the overwhelming favorite to win double gold again at these Olympics. Nobody has ever swept both men’s events in back-to-back Olympics; Germany’s Andre Lange came closest, winning four-man golds in 2002 and 2006, plus two-man golds in 2006 and 2010.

His dominance has been unmatched in the sport’s history: seven consecutive world championships in two-man, four consecutive world championships in four-man, and since the Pyeongchang Games he’s won an absurd 82% of his international races. A three-week training stint in China this fall showed Friedrich what he has to do there to be successful in February, and his confidence is high.

“We feel great,” Friedrich said. “We had a good time there, three weeks. We know the track. We only have to learn the Olympic village. But I think it’s all in good shape for the Olympics.”

The U.S. bobsled team is seeking to win a medal for the sixth consecutive Olympics, and frankly, it’d be a complete disaster if the Americans didn’t get at least one. A medal in six games in a row would tie the longest such streak in U.S. Olympic bobsled history; it also happened in six straight from 1928 through 1956. Switzerland has the record for medal streaks in bobsled, winning one in 11 consecutive Olympics from 1968 through 2006.

Britain has only five Olympic bobsled medals and hasn’t had an on-track medal celebration since 1998; the four-man medal won in 2014 was awarded years later after the British were promoted to bronze following the disqualification of Russian sleds in a doping scandal. But Brad Hall — Bobsleigh Brad, he goes by on social media — has been a contender just about every week in World Cup races this season, and he looks like a legit challenger in both two- and four-man for Beijing.

The International Bobsled and Skeleton Federation had sanctioned races — not World Cups, but real races under real conditions — this fall when sliders had their long training stint at the Beijing track. Friedrich won both the two- and four-man races, while Germany’s Laura Nolte was the winner in the women’s race and another German, Mariama Jamanka, won the monobob event. Jamanka was the women’s gold medalist at the Pyeongchang Games.

The track at the Yanqing Sliding Center is long, which means there’s plenty of time for drivers to err. It was taking most sleds about a minute to get down the track during the training weeks in the fall; many other tracks around the world have down times closer to 45 seconds.

China has a relatively young program, but has seen some success in the women’s side with Ying Qing set to be one of the sliders who could be a breakthrough candidate at these games. The Chinese will also have far more runs than anyone else down the track, which is always the case at an Olympics but could seriously help the hosts this time. And some of their sled designs have utilized the same technology with which the Chinese build rockets.