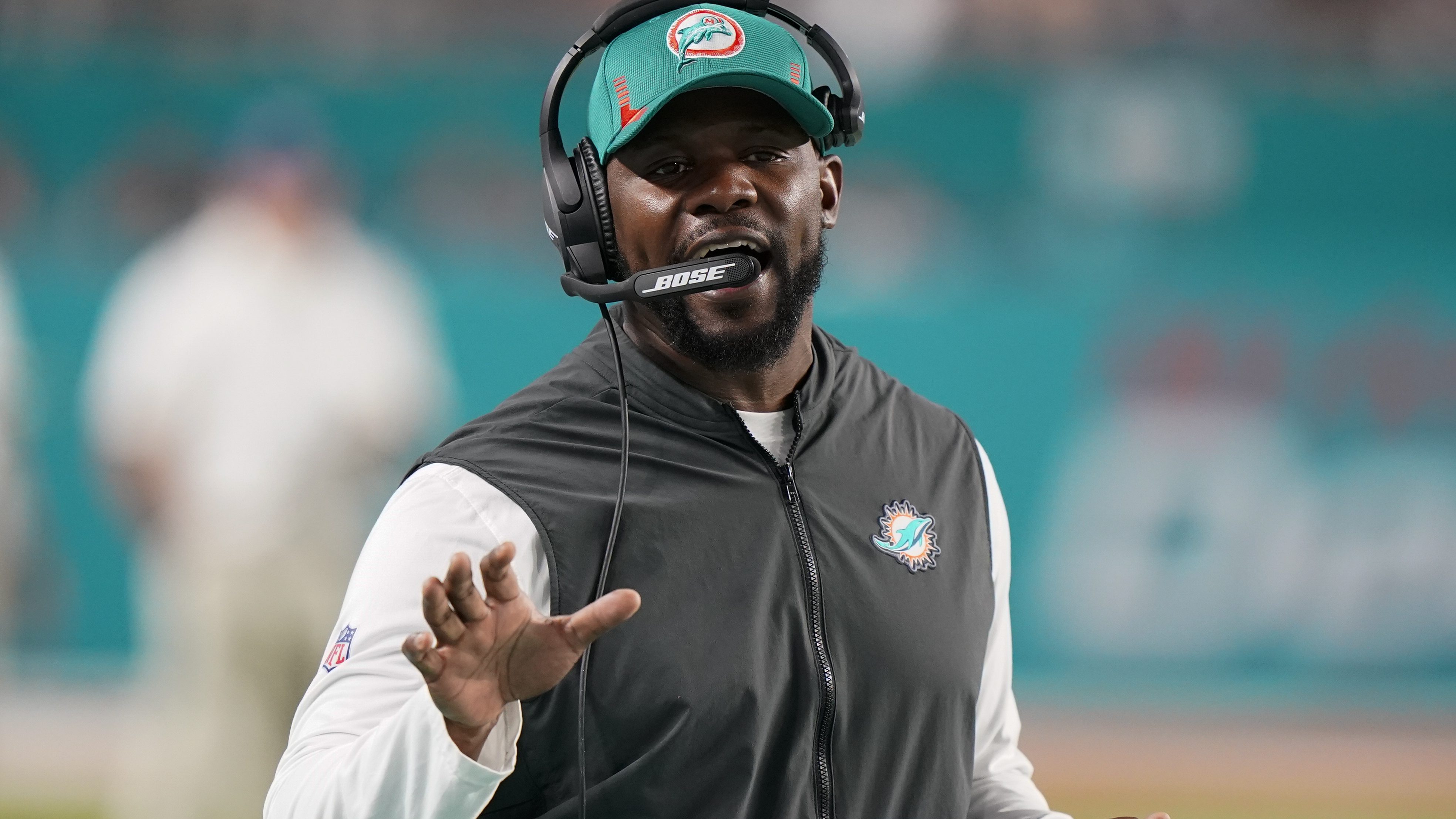 From the NFC North to the AFC East, the firings began almost immediately after the NFL’s first 17-game season concluded.

And in a relative surprise, Miami dismissed coach Brian Flores, whose Dolphins went 9-8, including a sweep of archrival New England.

Indeed, the career coaching records for each total 130-112.

Yet, while in South Florida the Dolphins seemed to be overachievers with a modest roster, both the Vikings and Bears were major disappointments this season.

As were the New York Giants (4-13), and general manager Dave Gettleman retired Monday, though he likely would have been fired otherwise.

One major problem for Minnesota and Chicago resides in neighboring Wisconsin: the Packers. While Green Bay is an NFL power and perennial championship contender, the Vikings and Bears have done more teasing than triumphant.

“We are determined to have sustained success and bring Vikings fans the Super Bowl championships they expect and deserve,” owners Ziggy and Mark Wilf said in their statement after letting go of Zimmer and Spielman.

Zimmer was 7-8-1 against the Packers, which isn’t bad considering how Green Bay has performed in recent years. It was simply not close to good enough in that division.

The Bears under Nagy were 1-7 against the Pack in the longest running rivalry in pro football. Nagy, the 2018 Coach of the Year, simply was following the path of his predecessors: Chicago’s past six head coaches have had a losing record against Green Bay.

There also has been no evident progress at quarterback in Chicago, and the defense has taken a step backward. The 2018 Khalil Mack trade, Pace’s biggest move with the Bears, began well and now looks unproductive.

Minnesota’s talent pool seems deeper than Chicago’s, from a high-paid quarterback, Kirk Cousins, with some success to standout runners and receivers. The payroll has been high, but the results in 2021, and the lack of progress in the standings, doomed both Zimmer and Spielman.

Flores, however, didn’t appear to be in danger of losing his job. One of three Black heads coaches in the NFL, Flores brought Miami back from an awful first half of the schedule, turning around from 1-7 to 9-8 — including victories in the opener and finale against his former boss in New England.

“I’ve been looking at this over three years now and watching the organization grow,” Ross said. “I think an organization can only function if it’s collaborative and it works well together, and I don’t think we were really working well as an organization … to win consistently at the NFL level.”

Gettleman, 70, saw the Giants go 19-46 during his tenure and were rarely in playoff contention in that period. New York’s offense was virtually invisible in 2021 even though the team spent in free agency for No. 1 receiver Kenny Golladay and tight end Kyle Rudolph, then spent a first-round draft choice on wideout Kadarius Toney.

“It was a privilege to serve as the general manager of the New York Giants the last four years and to have spent so many years of my career with this franchise,” Gettleman said. “We obviously have not had the on-the-field success I expected, and that is disappointing.”