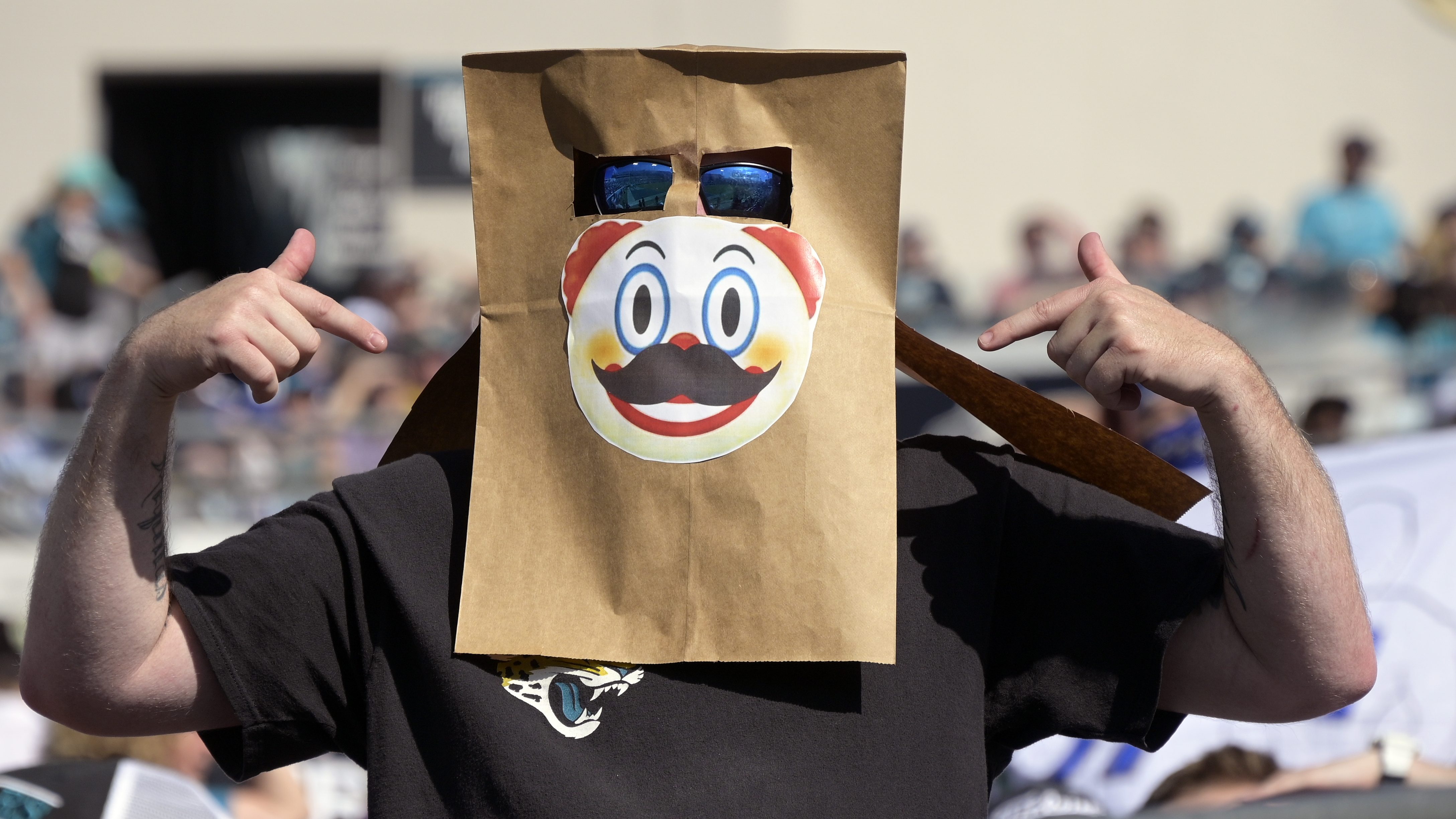 It’s a strange decision at best, a significant problem at worst.

The Jacksonville Jaguars owner is relying on Trent Baalke to lead the team’s coaching search, a process that currently includes 10 candidates. How many of them would welcome a pairing with Baalke seems to be the most pressing offseason issue for the Jaguars (3-14), who have dropped 35 of their last 41 games and have nine seasons with double-digit losses during Khan’s decade of dysfunction in Jacksonville.

The 57-year-old Baalke remained in place after Khan fired Meyer in mid-December, a move that irked fans enough for them to organize a “clown out” protest for Sunday’s season finale against Indianapolis. A couple hundred fans, at most, showed up dressed in colorful wigs, oversized bowties and red noses for the 26-11 stunner that knocked the Colts out of the playoffs.

“I think I saw someone snatch one off after we got a turnover, so I don’t know if he was trying to hide that he had the clown suit on,” cornerback Shaquill Griffin said. “I play for the true fans, and the true fans know who they are, the ones who don’t have to put on suits, the ones who are going to ride or die for this team no matter what, no matter the outcome.”

That pool seems to be getting smaller as faith in Khan dwindles. He is 44-120 as owner, a dismal stint that includes a 2017 playoff run in which the Jaguars reached the AFC championship game for the second time in franchise history.

It’s been downhill since, with the Jaguars reaching “rock bottom” this season under Meyer.

Whoever takes the job will inherent a locker room with few stars but plenty of guys hungry for change after Meyer’s college approach backfired.

“Nobody in their right mind would have thought that was going to happen,” veteran receiver Marvin Jones said. “I mean, sheesh, it was hard. … It was good for me and a lot of leaders on this team to really just keep the young guys, like ‘Hey, this is not the NFL. Don’t think this is like the NFL. This is what you do. Follow me in this and don’t do this and do this and follow here and stuff like that.’

“So the leaders on our team within the locker room did an amazing job with the circumstances that we had and all the challenges that we had (been) facing, internally and externally.”

The Jaguars have the top pick in the NFL draft for the second straight year and likely will choose between a pair of pass rushers: Michigan’s Aidan Hutchinson and Oregon’s Kayvon Thibodeaux. Either would be a huge upgrade over K’Lavon Chaisson, the 20th overall pick in the 2020 draft who has two sacks in as many seasons.

Rookie quarterback Trevor Lawrence showed his potential in the finale. He completed 23 of 32 passes for 223 yards and two touchdowns, finishing with a season-best passer rating of 111.8.

“You go into a season expecting a rookie to find challenges,” running back Dare Ogunbowale said. “I feel like he attacked those better than a lot of rookies I’ve seen. It was a nightmare season to have for a rookie. … But he overcame it and was able to lead us, and I’m looking forward to watching him in the future.”