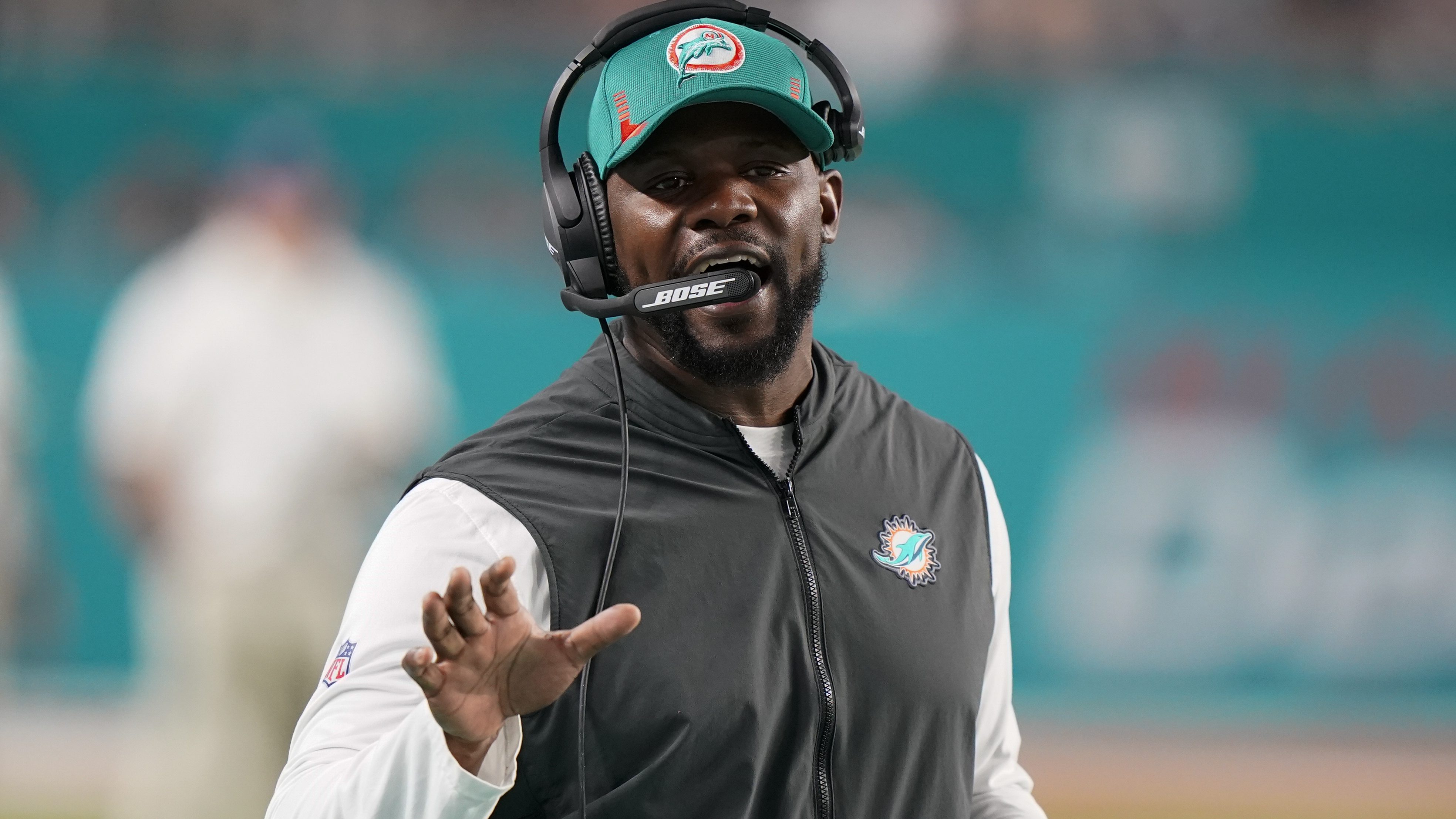 MIAMI GARDENS, Fla. (AP) — Back-to-back winning seasons were not enough for Brian Flores to keep his job as coach of the Miami Dolphins.

The Dolphins fired Flores on Monday, a somewhat surprising move that came less than 24 hours after the team finished a 9-8 season. Flores went 24-25 in his three seasons in Miami, not making the playoffs in any of those seasons but finishing this year with eight wins in the final nine games.

“I made a decision today to part ways with Brian Flores,” Dolphins owner Stephen Ross said. “After evaluating where we are as an organization and what we need going forward to improve, I determined that key dynamics of our football organization weren’t functioning at a level I want it to be and felt that this decision was in the best interest of the Miami Dolphins.”

Ross is a Michigan graduate and the largest donor in that university’s history, and the Dolphins could look at Wolverines coach Jim Harbaugh as one of the possible candidates to take over.

Flores was hired in February 2019 and immediately began overseeing a rebuild. Miami started 0-7 in his first season, 1-3 last season and 1-7 this season. But it always found ways to get better as the season went along, going 20-8 in games played in November, December and January under Flores.

“The credit goes to the players, coaches,” Flores said after Sunday’s 33-24 win over New England, one that finished off the Dolphins’ first sweep of the Patriots since 2000. “I am always going to feel like and wish I could have done more. And our guys did work hard, from the players and coaches, obviously our support staff. It’s a special group. I’m happy, I’m proud to be a part of it.”

The next morning, he wasn’t a part of it anymore.

The next Miami coach will be the team’s 11th since its most recent playoff victory on Dec. 30, 2000. Dave Wannstedt was the coach that day; the coaches that have followed, in order, were Jim Bates, Nick Saban, Cam Cameron, Tony Sparano, Todd Bowles, Joe Philbin, Dan Campbell, Adam Gase and Flores.

“I believe we have a talented young roster in place and have the opportunity to be much better in 2022,” Ross said.