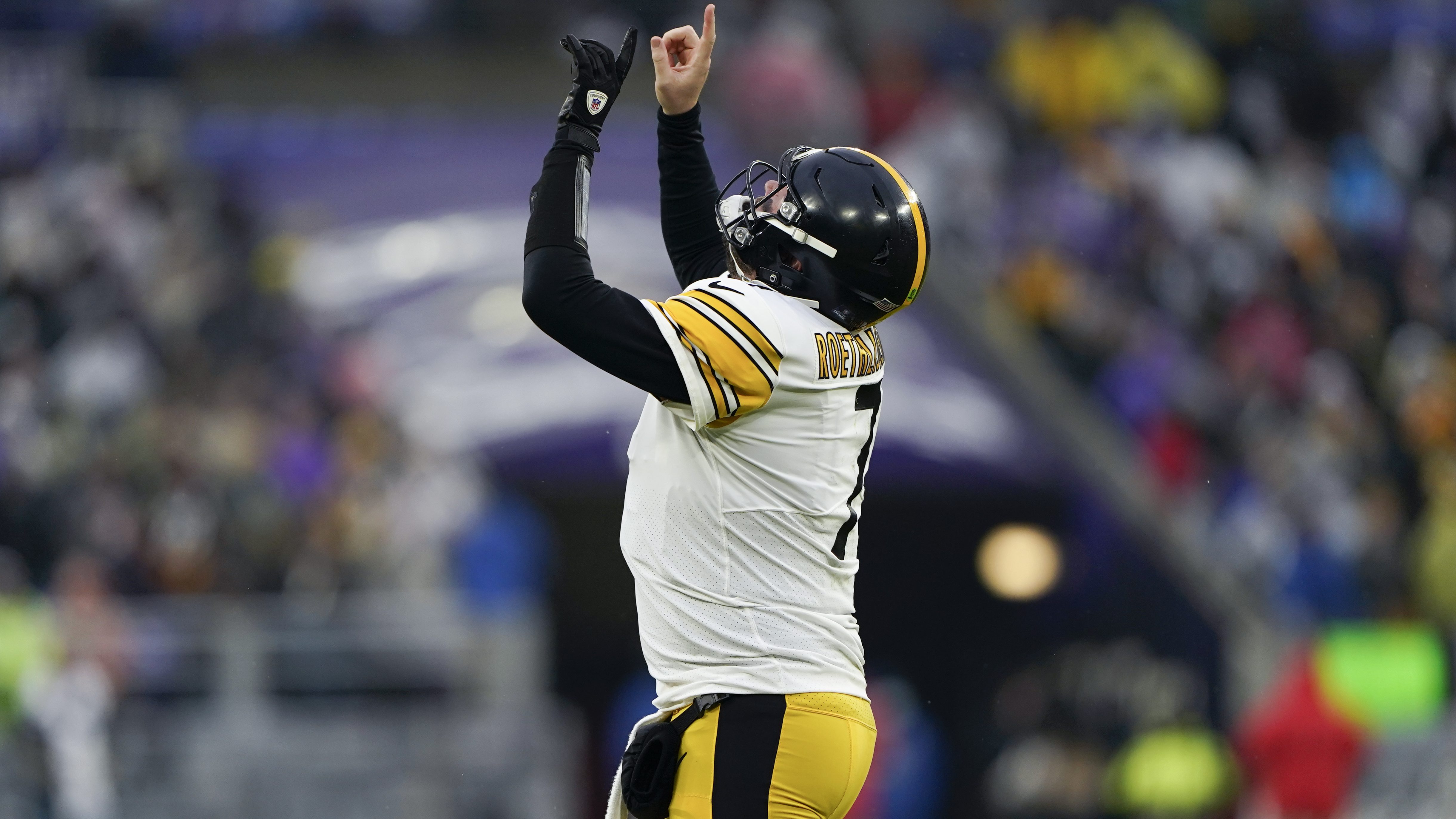 PITTSBURGH (AP) — It sounded like wishful thinking at best. A throwaway line at worst for a coach bracing himself for imminent disappointment.

“I’m capable of talking myself in(to) anything,” Mike Tomlin said last week when asked about the seemingly unlikely series of events the Pittsburgh Steelers needed to unfold if they wanted to navigate their way to the playoffs.

Yet what could have come off as naive or trite instead provided a glimpse into Tomlin’s relentless tunnel vision, the kind that’s helped him guide the Steelers (9-7-1) to their 10th — and by far most unlikely — postseason appearance during his 15 years on the sideline.

Over the past four months, through injuries, uncharacteristically lopsided losses and a series of wins whose only saving grace was the final score — oh and that comical tie with Detroit — Tomlin’s message has not changed.

Down 29 at the half to Minnesota? Keep going. Steamrolled by Cincinnati … twice? Keep going. Destroyed in Kansas City the day after Christmas? Keep going.

By comparison, needing a win in Baltimore in the regular-season finale, a loss by Indianapolis to a team so bad fans came dressed up as clowns and the game between the Chargers and Raiders to not end in a tie — which it nearly did — seemed doable.

“Whether we were winning or losing, whether we were up or down, it was always the same attitude, and that’s hard to find,” said wide receiver Ray-Ray McCloud, who has stunningly morphed from a punt return specialist to one of quarterback Ben Roethlisberger’s favorite options. “You never change your ways. You know you’ve just got to win.”

Something the Steelers somehow managed to do nine times this season — the 15th straight non-losing season under Tomlin’s watch, the longest by a coach to start a career in NFL history — despite finishing in the bottom third of the league in every major statistical category. Well, except for the most important one.

“I do think it shows something about this team, that you can continue to fight and never give up,” Roethlisberger said.

It’s a mindset that’s served as the backbone of Tomlin’s philosophy since the day he replaced Bill Cowher in January 2007. He was 34 at the time and largely anonymous. Going on two decades later, Tomlin’s steadfastness keeps his team calm and tends to rattle opposing coaches.

How else to explain Cleveland and Tennessee — two of the best running teams in the NFL — turning to their quarterbacks instead when facing the worst rush defense in the league?

The Titans turned it over four times and lost despite allowing just 168 yards. The Browns seemed to forget they had Nick Chubb and tried to let Baker Mayfield beat the Steelers instead. It didn’t work either time.

It’s not. The Steelers, with their minus-55 point differential, an offense that sputters far more often than it shines, a defense that has T.J. Watt, Cam Heyward, Minkah Fitzpatrick and seemingly not much else, play on.

Their reward is a trip to visit the Chiefs (12-5) on Sunday, the same place where Kansas City crushed Pittsburgh 36-10 three weeks ago, a victory that seemed to highlight the chasm between the two clubs.

Despite being listed as 13-point underdogs the Steelers — stunningly — have a chance to bridge that gap thanks in large part to a coach who seems to have a mystical ability to speak things into existence.

More like who’s working. Watt tied Michael Strahan’s single-season sack record when he pushed his total to 22 1/2 by taking down Baltimore’s Tyler Huntley on Sunday. When the possible NFL Defensive Player of the Year is close to healthy, he can make up for Pittsburgh’s glaring shortcomings, though he’ll need to make more of an impact against the Chiefs than he did the first time around, when he was limited to one tackle.

The offense can be difficult to watch. Roethlisberger’s 6.2 yards per attempt is the lowest of his 18-year career because of a combination of things. The Steelers aren’t equipped to win a shootout. Any chance they have to upset Kansas City relies heavily on the defense forcing Patrick Mahomes into mistakes.

McCloud began the season with 28 targets during his three-year career. Roethlisberger has looked his way 66 times this season and McCloud’s 39th and final reception came on a 10-yard gain on fourth-and-8 in overtime that set up Chris Boswell’s winning kick.

The Steelers signed tackle Zach Banner to a two-year deal in the offseason believing he’d be fully recovered from a torn ACL in his right knee. Banner appears to be healthy after a setback during training camp but remains on the sideline.

It’s telling the team opted to start Joe Haeg at left tackle against the Ravens with rookie Dan Moore Jr. unable to go instead of moving Chukwuma Okorafor from the right side to the left side to create an opportunity for Banner.

Rookie running back Najee Harris played most of the game with a sleeve on his right elbow after getting injured in the first quarter.

0 — the number of losing seasons the Steelers have had since selecting Roethlisberger with the 11th overall pick in the 2004 draft.

Head to Arrowhead to pick up their first playoff victory since an 18-16 win in the same stadium in the divisional round of the 2016 playoffs.