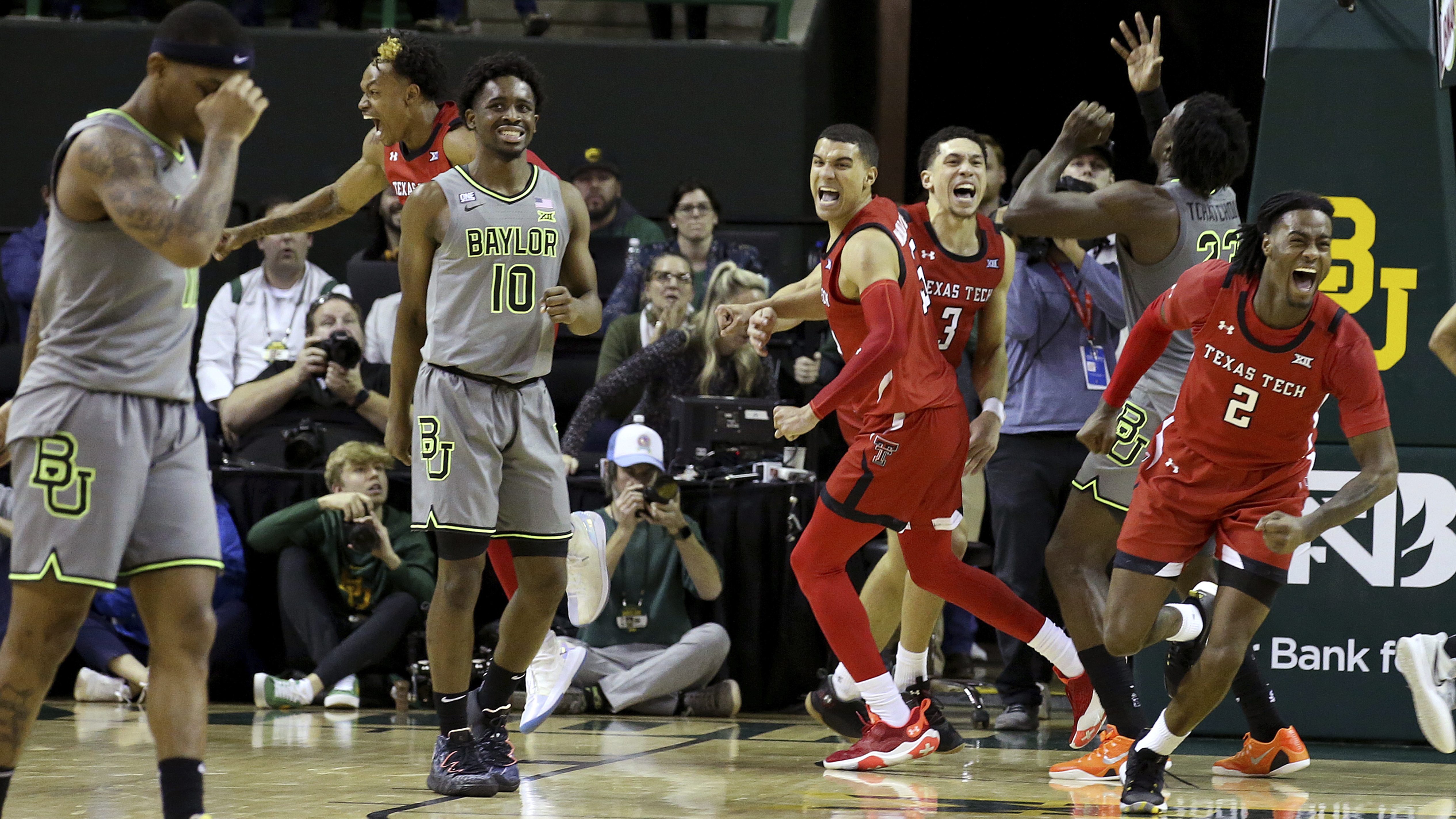 WACO, Texas (AP) — Texas Tech ended No. 1 Baylor’s nation-best winning streak at 21 games, getting 12 points and a key 3-pointer from Kevin McCullar in a 65-62 win over the Bears on Tuesday night.

Adonis Arms had 14 points for the Red Raiders, while Kevin Obanor and Bryson Williams had 13 each. Clarence Nadolny had 11 points.

Adam Flagler and James Akinjo each had 17 points for Baylor (15-1, 3-1), which fell two short of matching its own Big 12 record of 23 consecutive wins set two seasons ago. Akinjo’s try at a tying 3-pointer hit the front of the rim as time expired.

Baylor was the last Division I team to lose this season. Fifth-ranked Southern California was also undefeated before a 75-69 loss at Stanford earlier Tuesday.

LAWRENCE, Kan. (AP) — Dajuan Harris hit a driving layup with 8 seconds left, and Kansas got the better of a wild finish against Iowa State.

There were four lead changes in the final 38 seconds, and the Jayhawks (13-2, 2-1 Big 12) survived when Iowa State’s Gabe Kalscheur missed a 3-pointer just before the buzzer.

Ochai Agbaji scored 22 points to lead Kansas, which rebounded from a loss at Texas Tech on Saturday. Christian Braun had 13 points and Harris had 12.

The Wildcats (13-3, 3-1 Southeastern Conference) won their 11th straight in the series, and coach John Calipari improved to 22-4 against Vanderbilt with his 797th overall victory.

Tshiebwe became the first Kentucky player with at least 30 points and 10 rebounds in a game since Tayshaun Prince on Dec. 8, 2001, against North Carolina. TyTy Washington Jr. added 15 points for Kentucky.

Josiah-Jordan James had 11 points and 12 rebounds for the Volunteers (11-4, 2-2 Southeastern Conference).

Bryce McGowens led the Huskers with 19 points and Alonzo Verge Jr. and Derrick Walker had 14 apiece.