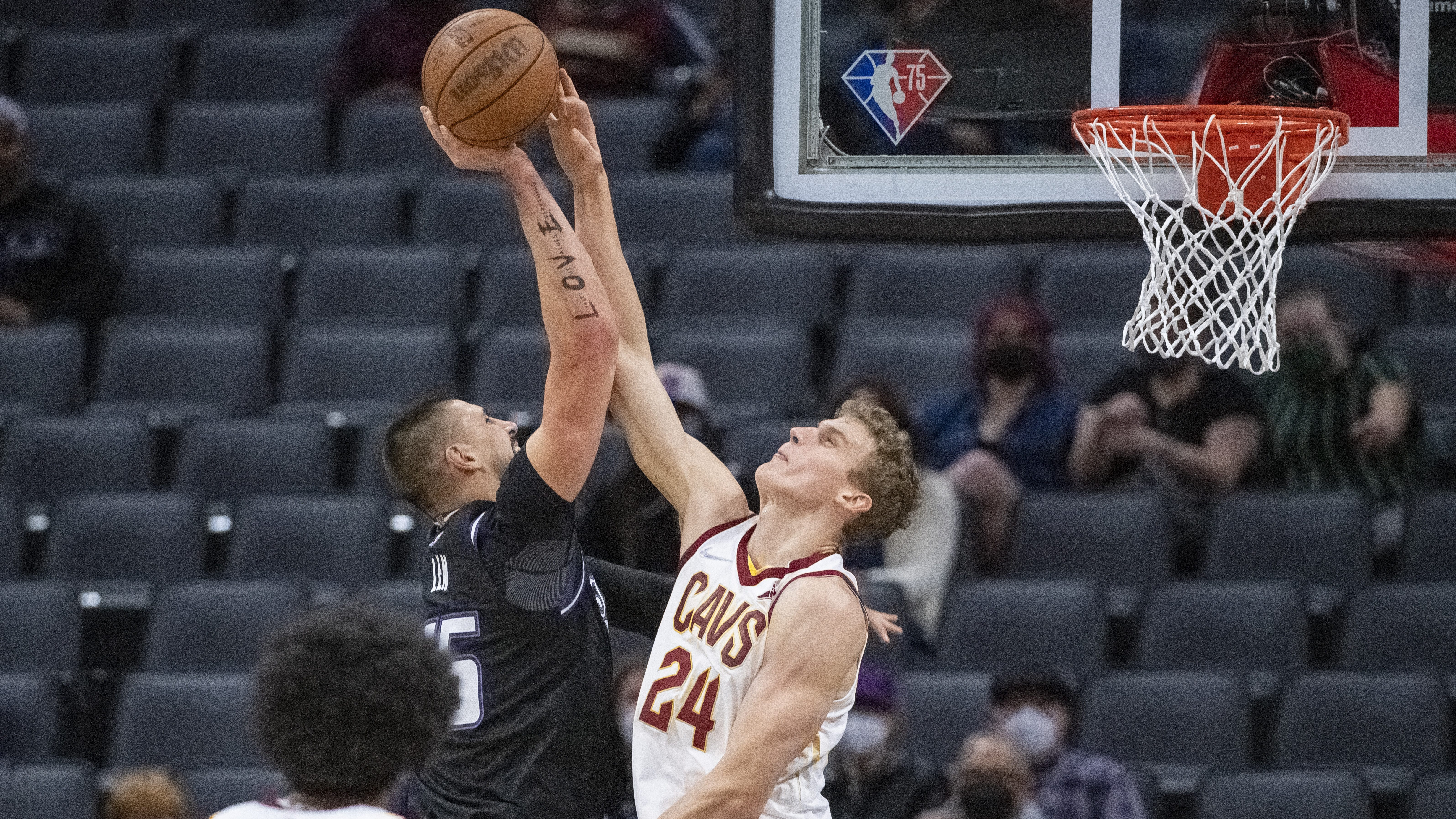 The AP will offer a season-long, multi-format package to mark the 75h anniversary of the NBA. The series will include mainbar anchor stories, decade-by-decade features and first-person accounts, all accompanied by strong photos from AP’s deep archive of images.

The full package will be posted here: https://apnews.com/hub/nba-at-75

To help with your planning, here is a look at some of what AP will offer in text, photos and visuals into next spring, including content that is already available.

This advisory will be updated throughout the season. All times Eastern.

There was Magic and Larry, the start of the Bad Boys and eventually a high-flyer named Michael. There was expansion, with five new franchises added. A new commissioner arrived to clean up the notions that the league was too-drug-addled and probably too Black for corporate America, a television audience was found and by the end of the decade, people were surmising that “it’s gotta be the shoes.” The NBA was transformed in the 1980s, when seeds were planted for the league to become the financial and social juggernaut that it is today. By Basketball Writer Tim Reynolds. UPCOMING: 1,000 words, photos by 3 a.m. ET Jan. 17

— BKN—NBA AT 75-AP WAS THERE: BIRD BEATS MAGIC. The original AP story when Larry Bird led the Celtics to the NBA title vs Magic Johnson and the Lakers. Upcoming: 1,175 words by 11 a.m. Jan 17

LAS VEGAS — If there was a decade when the NBA nearly disintegrated under the weight of its own problems, the 1970s was that decade. It was a fight-filled, drug-addled operation that had made Black players an integral part of the show, only to be left wondering if those players were chasing away the fans. The NBA, which turned 75 this season, featured a plodding brand of basketball that looked even worse when compared to the game being played by the upstart ABA — a free-flowing, 3-point-shooting fun-fest that wasn’t above using trumped-up contract deals to poach away some of the sport’s most promising talent. By Eddie Pells. SENT: 950 words, photos, video

— BKN—NBA AT 75-AP WAS THERE-WASHINGTON’S PUNCH. The original AP story from the punch thrown by Kermit Washington of the Los Angeles Lakers that leveled Rudy Tomjanovich of the Houston Rockets during a scuffle. SENT: 550 words, photos

— BKN—NBA AT 75-1960s-AP WAS THERE-TRIPLE OT. The original AP story on the longest game yet at the NBA Finals between the Boston Celtics and Phoenix Suns at the Boston Garden with the series tied at 2 apiece in June 1976. SENT: 650 words, photos

— BKN—NBA AT 75-1970s-HAYWOOD’S ROLE. Spencer Haywood, the trailblazing forward who grew up picking cotton in Mississippi, sits down with The Associated Press to discuss different part of his NBA journey that wound up reshaping the league in a way that many take for granted today. Upcoming: 950 words, photos, video by 3 a.m. ET, Friday

Bill Willoughby’s career is one of those little-known NBA facts, a cautionary tale of one of the first teenage phenoms to be drafted out of high school. His promising career was cut short following a transition into the league so wrought with pitfalls that it still serves as a case study for youngsters following his path. By Cliff Brunt. Sent: 950 words, photos, Dec. 9

The NBA took its first meaningful strides in the 1960s, growing from the little league that could barely get attention, to laying the framework it still stands on today. It was the decade that Wilt scored 100 points, “Havlicek stole the ball,” the Celtics-Lakers rivalry took flight and the NBA’s second dynasty reigned on the Boston Garden’s parquet court. It was also a time of ongoing struggle and crisis across America, when a country was forever altered on a “Bloody Sunday,” Dr. Martin Luther King Jr. spoke of his dream and Black athletes raised their fists and voices in hopes of finally holding America to its creed. By Kyle Hightower. Sent: 1,100 words, photos, video Nov. 22.

It started in 1946 with 11 teams and 160 players. The shot clock was nearly a decade away, the 3-point line was a couple generations away. Buildings were smaller. So were the players. And it wasn’t even called the National Basketball Association. The NBA, 75 years ago, was different in almost every imaginable way. And what was happening in the country seemed to mirror what was happening in the league, from the league’s path toward integration to its stance on social issues and race relations today. By Basketball Writer Tim Reynolds. SENT: 900 words, photo, AP video. Oct. 18

The NBA, known today as a leader when it comes to culture and racial issues, was anything but during the 1950s when segregation divided the country. It was a powerless, fledgling league trying to find its footings. Franchises were folding and few paid much attention to the NBA. When Jackie Robinson became Major League Baseball’s first Black player in 1947, Bob Cousy remembered it being major national news. Three years later, when the Boston Celtics made Chuck Cooper the NBA’s first Black draft pick the 93-year-old Cousy says “nobody gave a damn what color we were or what we were doing.” By Basketball Writer Brian Mahoney. SENT: 1,100 words, photos, AP video Oct. 18.

Richard E. Lapchick shares some of the backlash his family felt that was directed at his father for signing the first Black player to an NBA contract. Lapchick directs the Institute for Diversity and Ethics in Sport at the University of Central Florida. His father, Joe Lapchick, was the first coach of the New York Knicks. Joe Lapchick’s initial efforts to integrate what would become the NBA was thwarted in 1947 but he signed Nat “Sweetwater” Clifton in 1950. SENT: 850 words, photos Oct. 19.

— BKN—NBA AT 75-1950s-AP WAS THERE-KNICKS-CLIFTON: The original AP story from May 1950 when Earl Lloyd, Chuck Cooper and Nat “Sweetwater” Clifton broke the color barrier in the NBA. SENT: 260 words, photos Oct. 18.