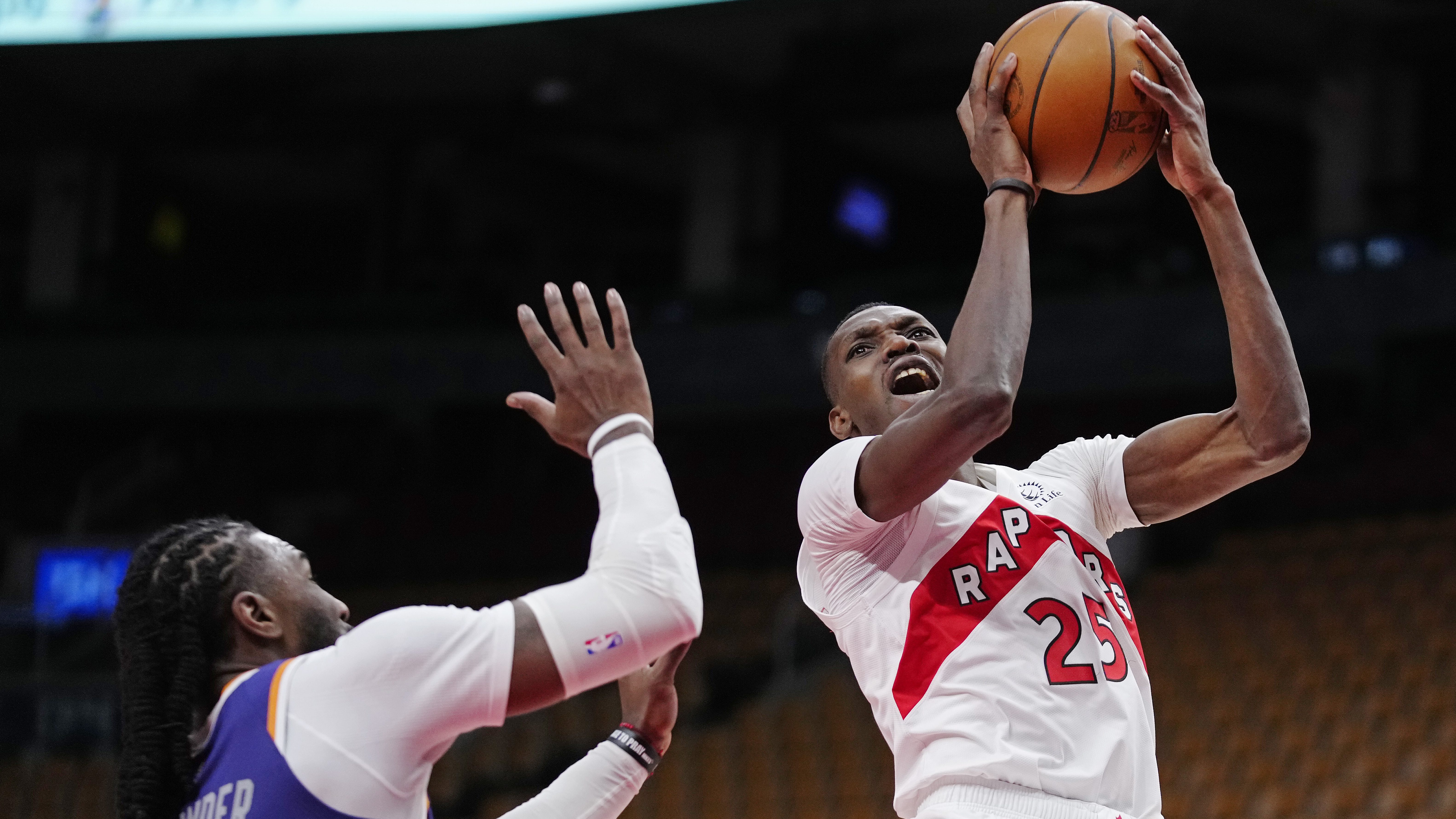 TORONTO (AP) — Devin Booker scored 16 points, including the go-ahead basket with 1:02 remaining, and Chris Paul had 15 points and 12 assists as the Phoenix Suns beat Toronto 99-95 on Tuesday night to snap the Raptors’ longest winning streak of the season at six games.

Jae Crowder scored 19 points, Deandre Ayton had 16 and Mikal Bridges added 12 as the Suns improved to 31-9, matching the franchise’s best record through 40 games.

OG Anunoby scored 25 points, Pascal Siakam had 22 and Fred VanVleet added 21 for the Raptors, who lost for the first time since Dec. 28 against Philadelphia.

Chris Boucher had 13 points and 16 rebounds for the Raptors, who played without injured starters Scottie Barnes and Gary Trent Jr.

Ziaire Williams and Tyus Jones had 17 points each for Memphis. Jones keyed a fourth-quarter rally that put the Grizzlies ahead for good. He finished 6 for 8 from the field, including connecting on all five of his 3-point attempts.

The teams had a closely played game in the second half until consecutive 3-pointers by Jones gave Memphis a 109-100 lead with 3:33 left to play. That was enough of a buffer for the Grizzlies to keep their franchise-record win streak going, Memphis holding Golden State to 18 points in the fourth quarter.

Josh Jackson scored 16 points and Saddiq Bey added 14 for the Pistons, who had won two straight.

The Bulls led 61-52 at intermission and quickly turned it into a blowout by starting the second half on a 17-0 run that included four straight 3-pointers; two each from Derrick Jones Jr. and Vučević. The Pistons helped dig the hole by missing their first seven shots and turning the ball over three times during the four-minute stretch.

WASHINGTON (AP) — Kentavious Caldwell-Pope hit a go-ahead 3-pointer with 30.8 seconds remaining and Washington beat Oklahoma City despite being without star Bradley Beal because of health and safety protocols.

The Thunder lost their fifth straight game, and the key possession came with about a half-minute to play and the score tied at 118. The Wizards worked the shot clock down, and Caldwell-Pope’s attempt from the right wing went in off the glass. He responded by holding both arms out, apparently in relief, disbelief or both.

Luguentz Dort missed everything on a 3 at the other end, and Kyle Kuzma made a free throw with 13.3 seconds left.

Kuzma led the Wizards with 29 points, and Spencer Dinwiddie had 22 points and 10 assists. Shai Gilgeous-Alexander led the Thunder with 32 points, including two straight layups that tied it at 118.

NEW ORLEANS (AP) — Brandon Ingram capped a 33-point, nine-assist performance by hitting three 3-pointers in the final 1:13 — the last with less than a second left — and New Orleans edged Minnesota.

Ingram went 6 for 7 from 3-point territory and his most pivotal shots came in a long-range exchange with Minnesota’s Anthony Edwards, whose fifth 3 of the game cut New Orleans’ lead to 117-115 before Ingram hit from the right wing while being fouled for a four-point play.

After Edwards came right back with a left-wing 3, Ingram hit another from deep to make it 124-118 with 50.5 seconds left.

Malik Beasley’s sixth 3 of the game cut it to 124-123 with 12.9 seconds left, and the Wolves fouled Devonte’ Graham, who made one of two free throws with 9.2 seconds to go. Minnesota tied it at 125 on D’Angelo Russell’s driving scoop with 3.6 seconds left, only to see Ingram’s rainbow 3 from more than 25 feet swish through for the win.