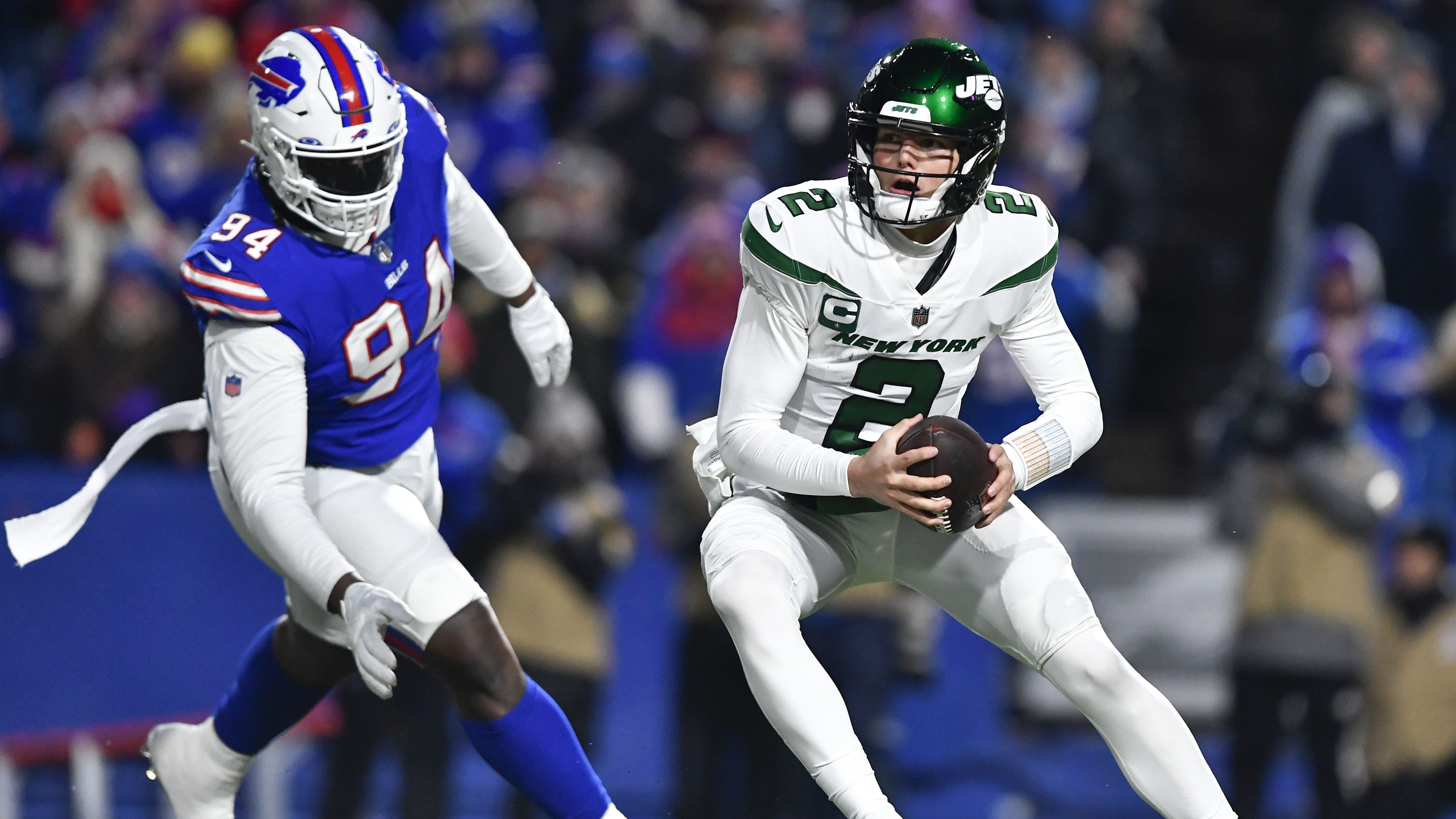 FLORHAM PARK, N.J. (AP) — Zach Wilson is heading into the offseason armed with a lengthy list.

The New York Jets quarterback intends to work on his weaknesses and solidify his strengths after a down-and-up rookie season.

Wilson is keeping the specific to-do items on the list to himself, hoping the reveal comes in the form of a much better second NFL campaign.

“I’m actually really excited to go in and work on those things and then to come back next year and try to apply those,” Wilson said. “I think it will be good.”

It’s all part of the evolution — and education — of a hoped-to-be franchise quarterback.

Wilson was selected with the No. 2 overall pick in the draft last April, hailed as an ultra-athletic, exciting player who could be the face of a rebuilding team. That still holds true nearly ninth months later, but now there’s experience Wilson can draw upon to put himself in position to help the Jets win more games.

“I definitely feel like I have a way better idea of what I’m going to work on,” he said. “I remember when I first got here and I was asked that question, it was like, ‘Yeah, of course I can get better,’ but it’s like in what areas? Leaving college, it was hard to point to one specific thing when we were doing so well and we were blowing teams out.

“I am really excited to just say, ‘Hey, you know what? These are the things I felt really comfortable with and these are the things I’ve really got to work on and improve on.’ It’s what makes the game so exciting is when you get to work on something like that and then you get to try to apply it once you come back, whether it’s even just OTAs, just to be like, ‘You know what? I really put a lot of time and focus into this and then now I have the confidence to go in and work on that with all the guys and just get it going.’”

At least that’s the hope for Wilson, whose statistics as a rookie were unimpressive. He threw for 2,334 yards, nine touchdowns and 11 interceptions with a 55.6 completion percentage and 69.7 quarterback rating in 13 starts.

But Wilson made progress the numbers don’t show.

He struggled mightily through his first six starts when he was getting a feel for Mike LaFleur’s offense and having trouble making even easy plays. He forced throws at times while trying to overcompensate for missing talent around him due to injuries and illnesses. He then sat out four games with a sprained knee ligament and was forced to watch as Mike White, Josh Johnson and Joe Flacco all ran LaFleur’s scheme efficiently.

Something clicked for Wilson as he sat and healed.

He came back with more confidence over his last seven games, a more decisive quarterback able to balance his playmaking ability with taking what the defense was giving him. Perhaps the most telling sign of progress: Wilson threw no interceptions over his final five games.

“I think the strides you saw Zach make after coming back from the injury and, on top of that, not always being in position to be playing with the starters at all the skill spots — at wide receiver, tight end, running back — but to improve, to keep the team in contention late in these games a little undermanned,” general manager Joe Douglas said. “And on top of it, taking care of the football. I think those are all very impressive things in the back half of the season.

“So, I feel very confident about his development moving forward.”

Wilson plans to get together with some of his playmakers during the offseason. He’ll also be able to again work at home in Utah with personal coach John Beck — whom the Jets hired for the rest of the season in November. NFL coaches and players can’t work together on the field the next few months, per league rules. But with Beck no longer officially employed by the team, Wilson will benefit from having someone who knows firsthand what the Jets expect of him.

“It’s going to be easy for us to go ahead and say, ‘Hey, these are the big points of emphasis that we were really trying to work on every single week,’” Wilson said.

The 22-year-old quarterback also will also focus on improving his physical shape, trying to add some muscle to better absorb hits while maintaining his athleticism.

LaFleur would like Wilson to take at least a short mental vacation — “I hope he doesn’t touch a football, but I know he will” — in the offseason. The two planned to sit down this week and then remain in touch throughout the winter and spring.

This is the beginning of a crucial offseason for Wilson, and he understands that.

And it starts with the hard work now.