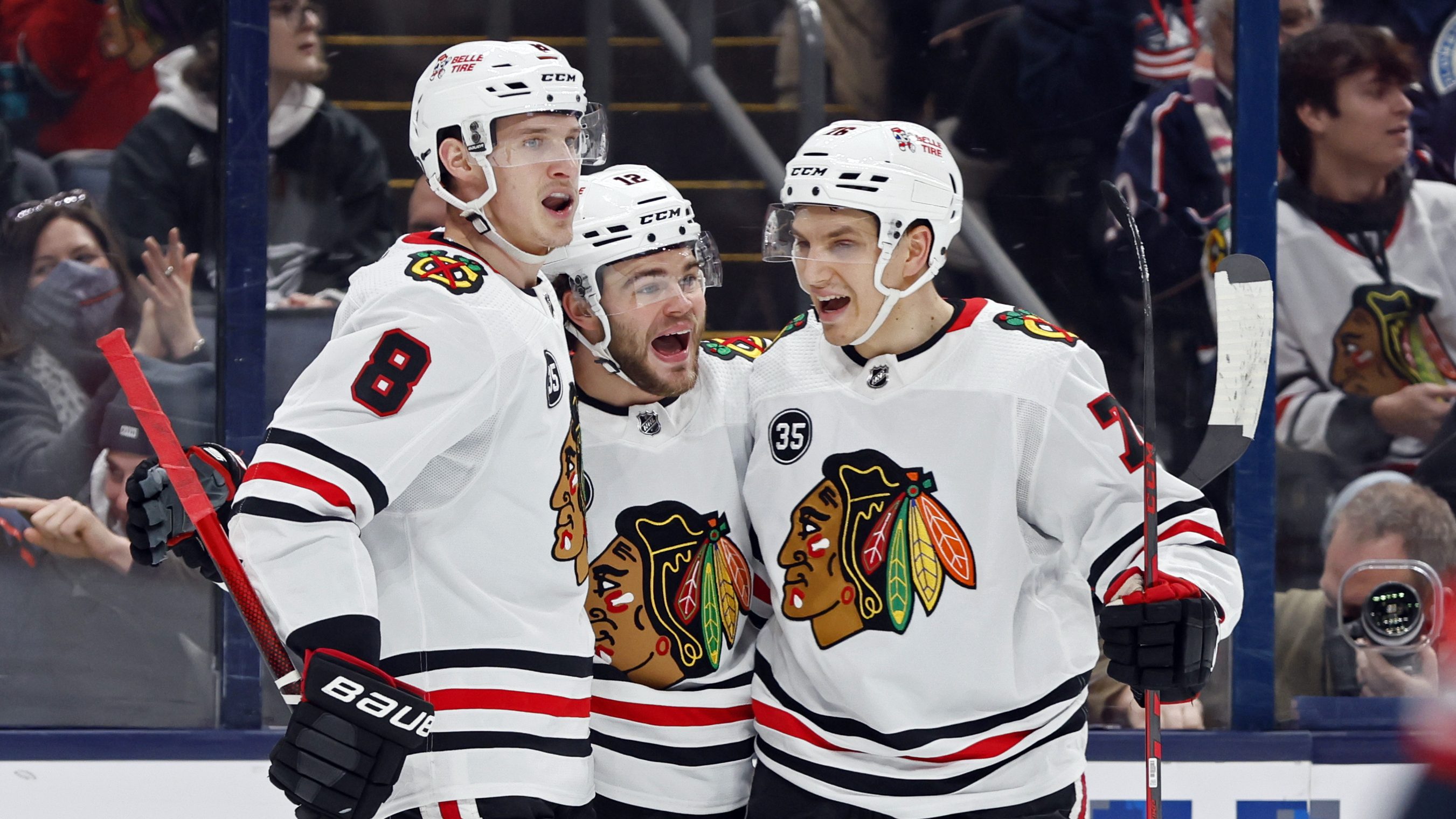 Columbus has dropped four of five and lost at home to the Blackhawks for the seventh consecutive time.

Connor Murphy also scored for Chicago, and Marc-Andre Fleury made 24 saves for his 11th win.

“We managed the puck in the neutral zone and got to work in the offensive zone,” Blackhawks interim coach Derek King said. “For the most part I think we did a good job.”

Boone Jenner scored for Columbus, and Gus Nyquist had a short-handed goal and an assist.

“We had a couple of breakdowns,” DeBrincat said, “but we battled hard, got the puck through the zone and went hard on the forecheck.”

Jenner put Columbus on the board, scoring off a behind-the-net feed from Nyquist at 12:51 of the first period for his team-leading 14th goal.

DeBrincat pulled the Blackhawks even 24 seconds later, burying a blueline pass from Riley Stillman past Korpisalo’s glove side.

DeBrincat’s goal continued an 11-game point streak against the Blue Jackets, dating back to the beginning of the 2018-19 season.

The Blackhawks went up 2-1 after Philipp Kurashev outraced Jake Bean and found the trailing de Haan, who scored his first of the season at 15:10 of the second. His previous goal came on Jan. 22, 2021, a span of 70 games.

Murphy, an Ohio native, made it 3-1 at 6:36 of the third period with a shot from the left circle. Patrick Kane’s helper extended his assist and point streak to five games.

Nyquist got Columbus within one on a short-handed goal at 18:39, before DeBrincat slammed the door with an empty-netter with 14 seconds remaining for his team-leading 25th goal of the season.

“You get within one and you’re hoping you can find something there,” Blue Jackets coach Brad Larsen said. “We just couldn’t get it done.”

Seth Jones was scheduled to play his first game back in Columbus since his 2021 draft-day trade to the Blackhawks, but was derailed by a positive COVID-19 test. Jones is the Blue Jackets’ career leader among defensemen in assists, points and overtime winners (club record for all skaters).

Chicago assigned defenseman Jakub Galvas to the active roster from the taxi squad after placing Jake McCabe in COVID-19 protocol. He is joined in the protocol by head athletic trainer Mike Gapski.

ELVIS IS IN THE BUILDING

Columbus goalie Elvis Merzlikins dressed as the backup for the first time since sustaining a lower-body injury New Year’s Day vs. Carolina.

The Blue Jackets suspended Gregory Hofmann after he did not return to the club following a personal leave. Hofmann’s agent told the Columbus Dispatch the forward went home for the birth of his first child and decided to stay in Switzerland. The 29-year-old Hofmann signed a one-year contract with the Blue Jackets on June 14, 2021, after spending the previous 11 seasons in Switzerland’s NLA. He appeared in 24 games with the club, registering two goals.

Adam Boqvist played in the 100th game of his NHL career. Boqvist, who started his career with the Blackhawks, has seven goals and is tied for sixth among NHL defensemen. He came to Columbus in the trade for Jones.