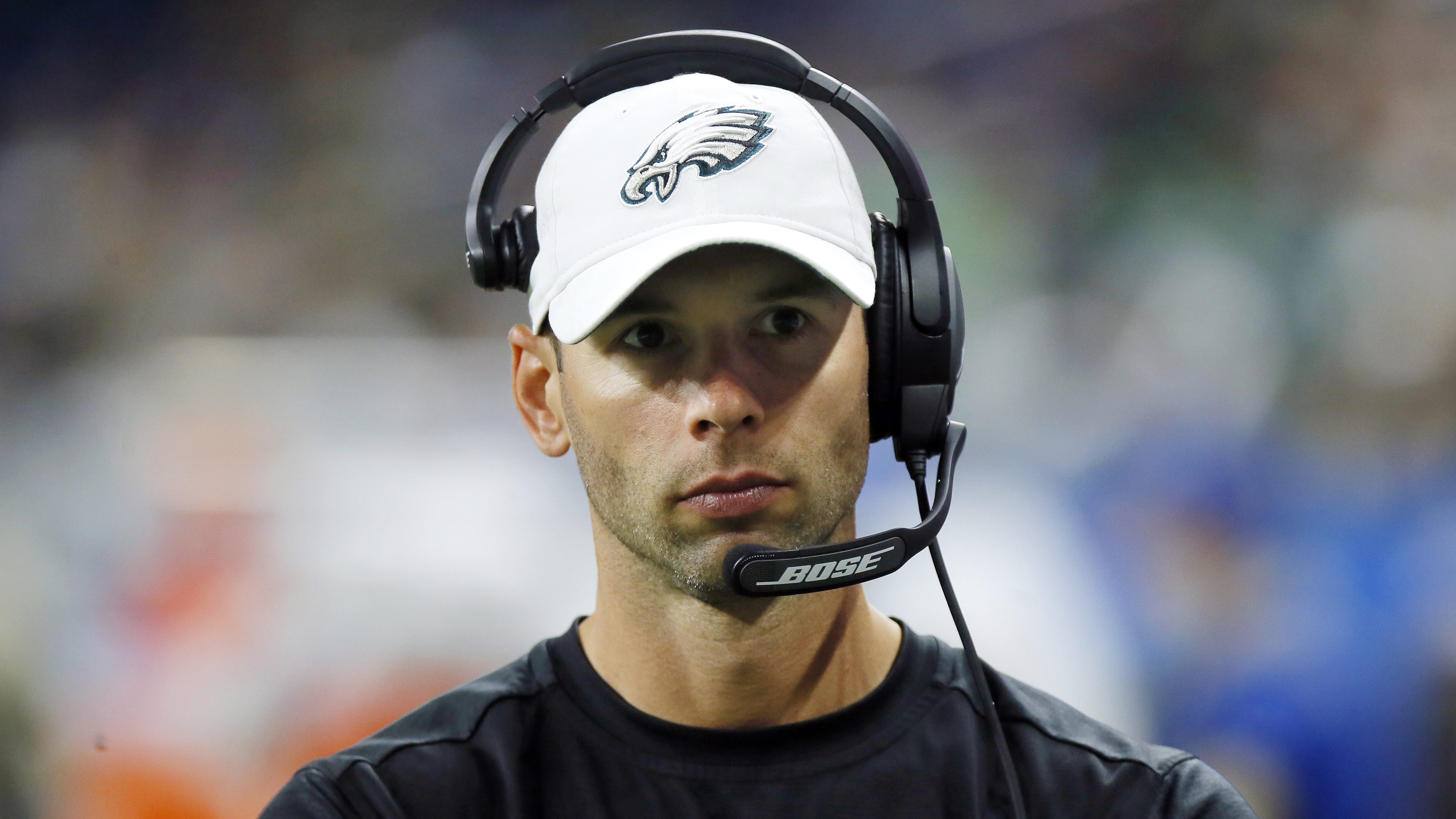 Gannon would only confirm the Denver Broncos requested an interview with him.

“My sole focus is on Tampa Bay,” Gannon said Tuesday.

“I’ll sit down with Howie and Nick and we’ll talk about that when the time comes,” Gannon said.

For now, all of Gannon’s attention is on stopping Brady and Tampa’s high-powered offense when the Eagles (9-8) visit the defending Super Bowl champion Buccaneers (13-4) in an NFC wild-card game on Sunday.

“This guy, he’s a trained killer and he knows how to play good offense and what he needs to do to keep his offense on track, so it’s going to be a big-time challenge,” Gannon said of Brady.

The Eagles lost a Thursday night game at home to the Buccaneers, 28-22, in Week 6. Brady, playing with an injured throwing hand, completed 34 of 42 passes for 297 yards, two touchdowns and one interception in that game.

He won’t have Antonio Brown or Chris Godwin this time around, but he didn’t have Rob Gronkowski in the previous matchup.

“Those tight ends are where they need to be at the right time, and they get open,” Gannon said of Gronkowski, Cameron Brate and O.J. Howard. “They got big catch radiuses, they’re hard matchups for anybody. If you have a DB on them or a linebacker on them or when you’re in zone coverage, he knows his answers, where the ball should go and how quickly.”

The Eagles have come a long way since facing the Buccaneers in October. They finished 7-3 after a 2-5 start to earn a playoff berth.

Opposing quarterbacks picked Philadelphia’s secondary apart early in the season. Matt Ryan, Jimmy Garoppolo, Dak Prescott, Patrick Mahomes, Sam Darnold, Brady and Derek Carr completed 74.4% of their passes against the Eagles over the first seven games. But Gannon’s defense improved over the course of the season and that rate ended up at 69.4 percent.

Gannon said the defense improved its execution in all areas.

“The run game, passing game, rush and cover, cover and rush, being in the right spots, winning our leverage side a little bit more,” he said. “I’ve always thought we tackled pretty well. If you look at the Tampa game, I don’t think we tackled as well as we have in some other games. Some of that was them; some was us. So, just we know to be in this game, our execution level has to be high.”

Gannon previously spent three seasons as the defensive backs coach in Indianapolis before coming to Philadelphia with Sirianni. The 39-year-old began his NFL coaching career as a defensive quality control coach with Atlanta in 2007. After one season, he spent a few years as a college and pro scout with the Rams. He returned to coaching in 2012 with Tennessee. He spent two seasons with the Titans and four in Minnesota before going to the Colts.

The Broncos are looking for a coach after Vic Fangio was fired Sunday following his third losing record in three seasons. Gannon is one of several candidates for the job.