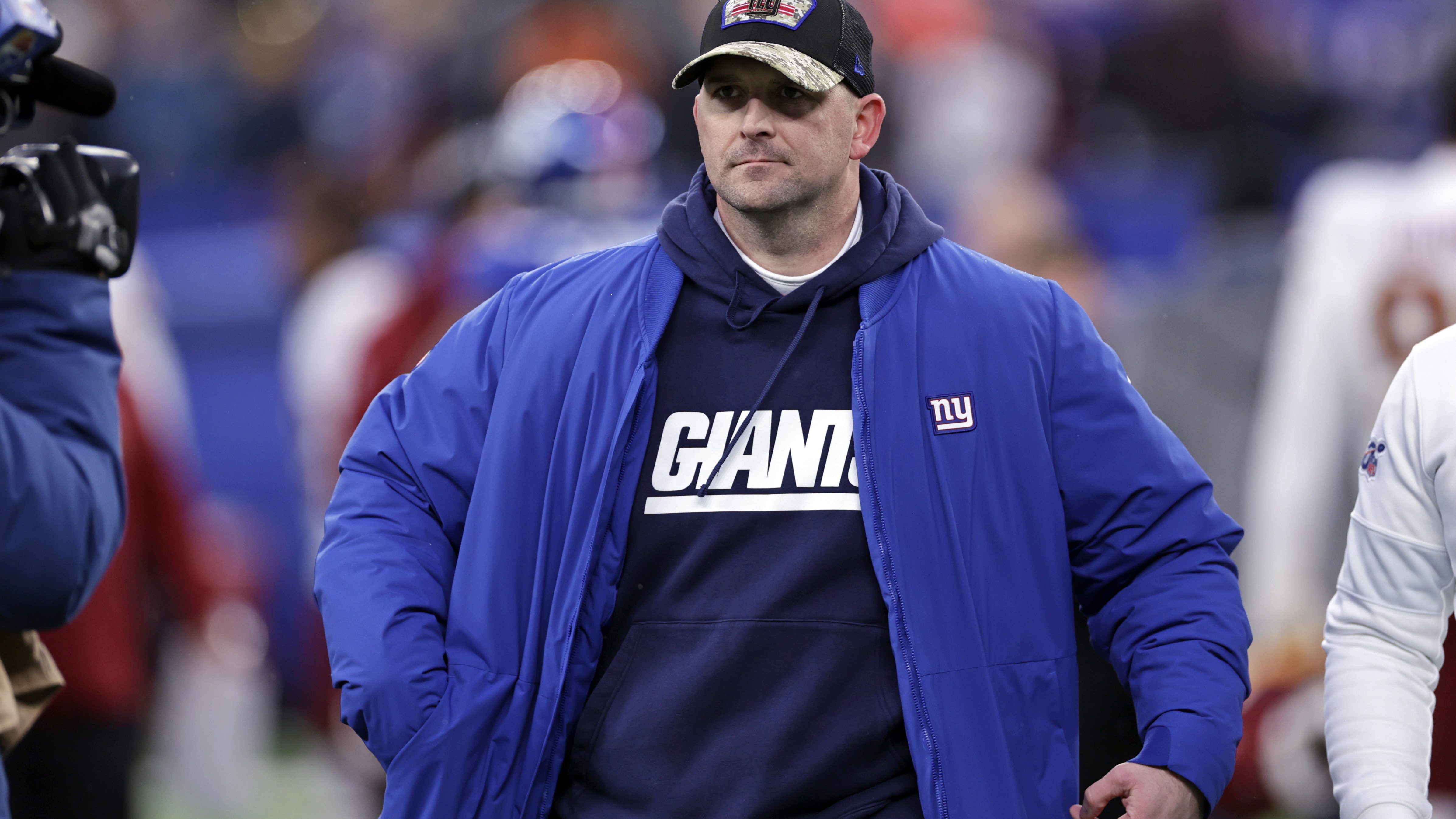 The Giants announced the move late Tuesday afternoon, ending some brief speculation that the owners planned to hire a new general manager and let him determine the 40-year-old coach’s fate.

Judge posted a 10-23 record in two seasons, including an embarrassing 4-13 mark this past season. The campaign ended with a six-game losing streak in which the offense did almost nothing with quarterback Daniel Jones sidelined with a neck injury.

Co-owners John Mara and Steve Tisch said they felt it was best for the Giants to move in another direction after five straight seasons of double-digit losses.

The Giants have made the playoffs once since winning the Super Bowl in February 2012. They have gone through four coaches in the past six seasons, starting with Ben McAdoo in 2016, interim coach Steve Spagnuolo, Pat Shurmur in 2018 and Judge who was hired in 2020.

Mara said he met with Judge on Monday and again on Tuesday, informing him of the decision at the second meeting.

“I said before the season started that I wanted to feel good about the direction we were headed when we played our last game of the season. Unfortunately, I cannot make that statement, which is why we have made this decision,” Mara said.

A former special teams coordinator with the Patriots who was mentored by Bill Belichick in New England and by Nick Saban at Alabama, Judge promised to bring a tough, hard-nosed brand of football back to the area. It was the kind of football Bill Parcells and Tom Coughlin taught in building four champions.

There was no doubt the Giants played hard under Judge. They never gave up. They just didn’t win enough, especially this season which was marked by at least a dozen season-ending injuries. The O-line lost two starters in the first two weeks of the season, and leading tackler and linebacker Blake Martinez went down early.

Judge did seem to unite the Giants. There was little dissent. He repeatedly said he was changing the attitude and that would be a part of the process to build a winner.

Now, the new general manager will hire another coach to try to turn the Giants around yet again.

“This will be a comprehensive search for our next general manager,” said Mara upon Gettleman’s retirement. “We are looking for a person who demonstrates exceptional leadership and communication abilities, somebody who will oversee all aspects of our football operations, including player personnel, college scouting and coaching.”

The Giants have already put together a list of nine GM candidates they plan to interview, including long-time assistant general manager Kevin Abrams. He might be a hard sell for fans because he has been associated with the organization for more than two decades. The team has made the playoffs once (2016) since winning its fourth Super Bowl in February 2012.

Giants fans should be familiar with Carthon. The 40-year-old is the son of former fullback Maurice Carthon, who was a member of Parcells’ Super Bowl-winning teams in the 1986 and ’90 seasons.

Ran Carthon was a running back at Florida and he had a short NFL career with the Colts and Lions. He was hired by the Atlanta Falcons as a scout in 2008, went to the Rams in 2012 as director of player personnel and joined the 49ers in 2017.