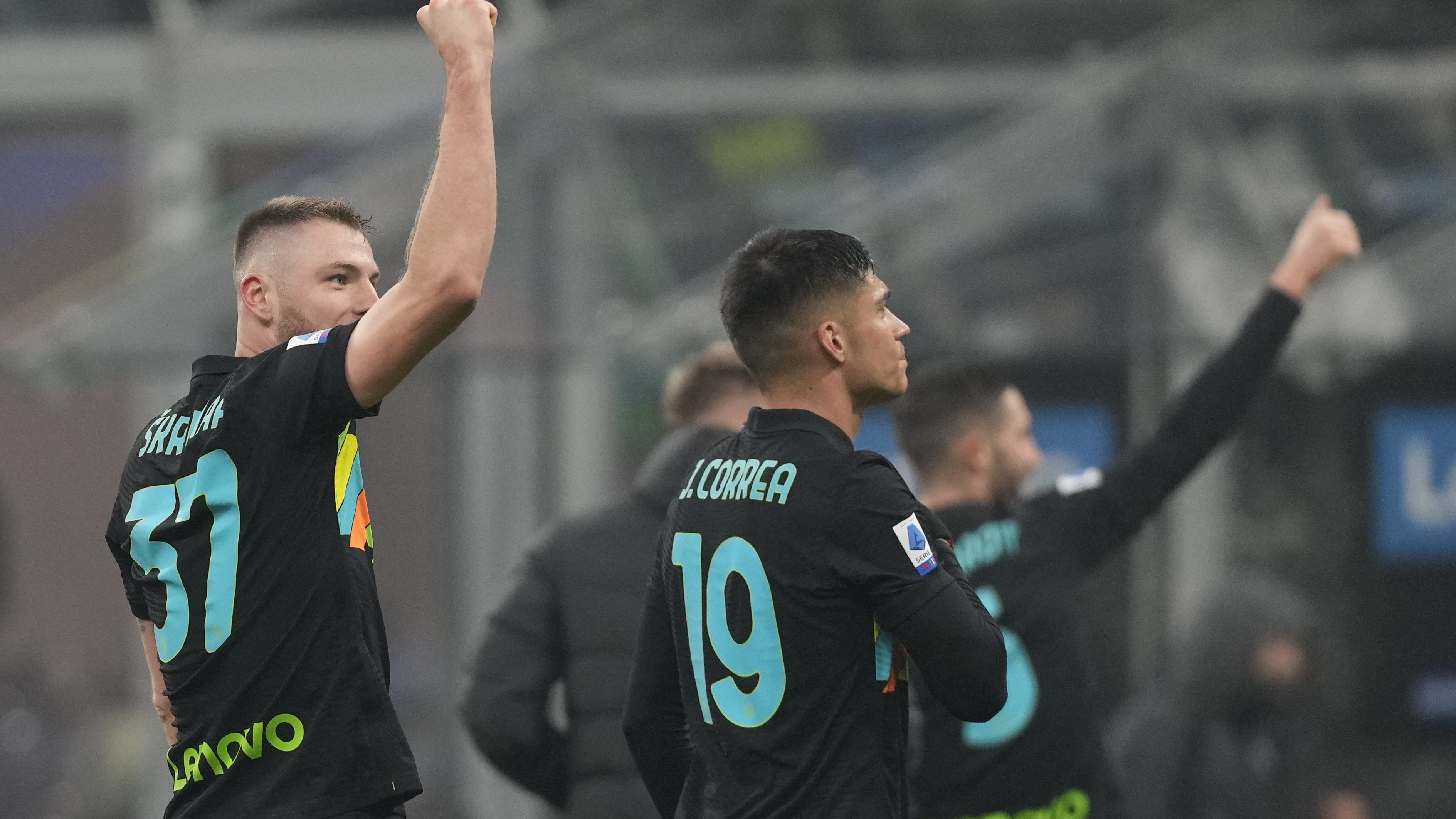 Both of his matches in the competition were against Juventus and both finished in success for his team — when he was Lazio coach in 2017 and 2019.

Inzaghi looks set to continue that streak on Wednesday with Inter, which has swiftly found its feet under its new coach and has lost just one of its past 16 matches in all competitions.

“We played great in the two victories in the Super Cup with Lazio against Juventus despite going into those games as underdogs,” Inzaghi said. “Yet I’ve also lost an Italian Cup final against the Bianconeri.

“It’s a final; there are no favorites,” he added. “I’ve taken part in this match both as a player and as a coach. We’re facing a team which is on form … Juventus know all about playing in finals. We’re on great form ourselves.”

Wednesday’s match at San Siro between the Serie A champion and the Italian Cup winner will have an extra element to it as Inter and Juventus are bitter rivals.

“Matches between Inter and Juve are important for both teams, this is a Derby D’Italia with a trophy on the line and we want to win, as they do too,” Inter goalkeeper and captain Samir Handanovič said. “There are lots of emotions involved and we know it.

“I’m expecting Juventus to be hard to beat,” he continued. “It’s not the same as other games, they’ve always been tough when they’ve come here. Current form doesn’t matter, we’re expecting a hard game; whether we’re favorites or not, it doesn’t make a difference.”

Juventus has a record nine victories in the Italian Super Cup. But this is the first time since 2012 it has entered the competition as cup winner rather than league champion after it saw its run of nine successive Serie A titles ended by Inter and former coach Antonio Conte last season.

The Bianconeri struggled at the beginning of the season under returning coach Massimiliano Allegri, but they are beginning to get into their stride. Still, they are 11 points behind Inter in Serie A, having played one more match than the Nerazzurri.

Juventus is nevertheless full of confidence after an impressive 4-3 win at Roma on Sunday.

“We know from personal experience that the favorites don’t necessarily win,” Juventus captain Giorgio Chiellini said. “In a one-off encounter anything can happen.

“We need to be balanced over the long term without being overly impacted by the highs or lows of particular performances. The match against Roma was a huge shot in the arm, though, and has given us a boost of enthusiasm but we know we need to find consistency.”

Goalkeeper Wojciech Szczęsny saved a penalty in that match but will be on the bench against Inter as he has only recently had his second dose of the vaccine against the coronavirus and so will not be able to come into contact with his teammates until shortly before kickoff because of new rules that took effect in Italy on Monday. He will be replaced by Mattia Perin.

Juventus will also be without Federico Chiesa as the winger will need surgery after damaging the anterior cruciate ligament in his left knee. Midfielder Aaron Ramsey has tested positive for the coronavirus.

“Juve has a great squad. Max Allegri will know how to deal with the absentees,” Inzaghi said. “They’ll have Leonardo Bonucci and Giorgio Chiellini back; they’ll be competitive.”

Inzaghi also wished Chiesa well: “I played with his father and Federico is a big part of the fabric of Italian football.”