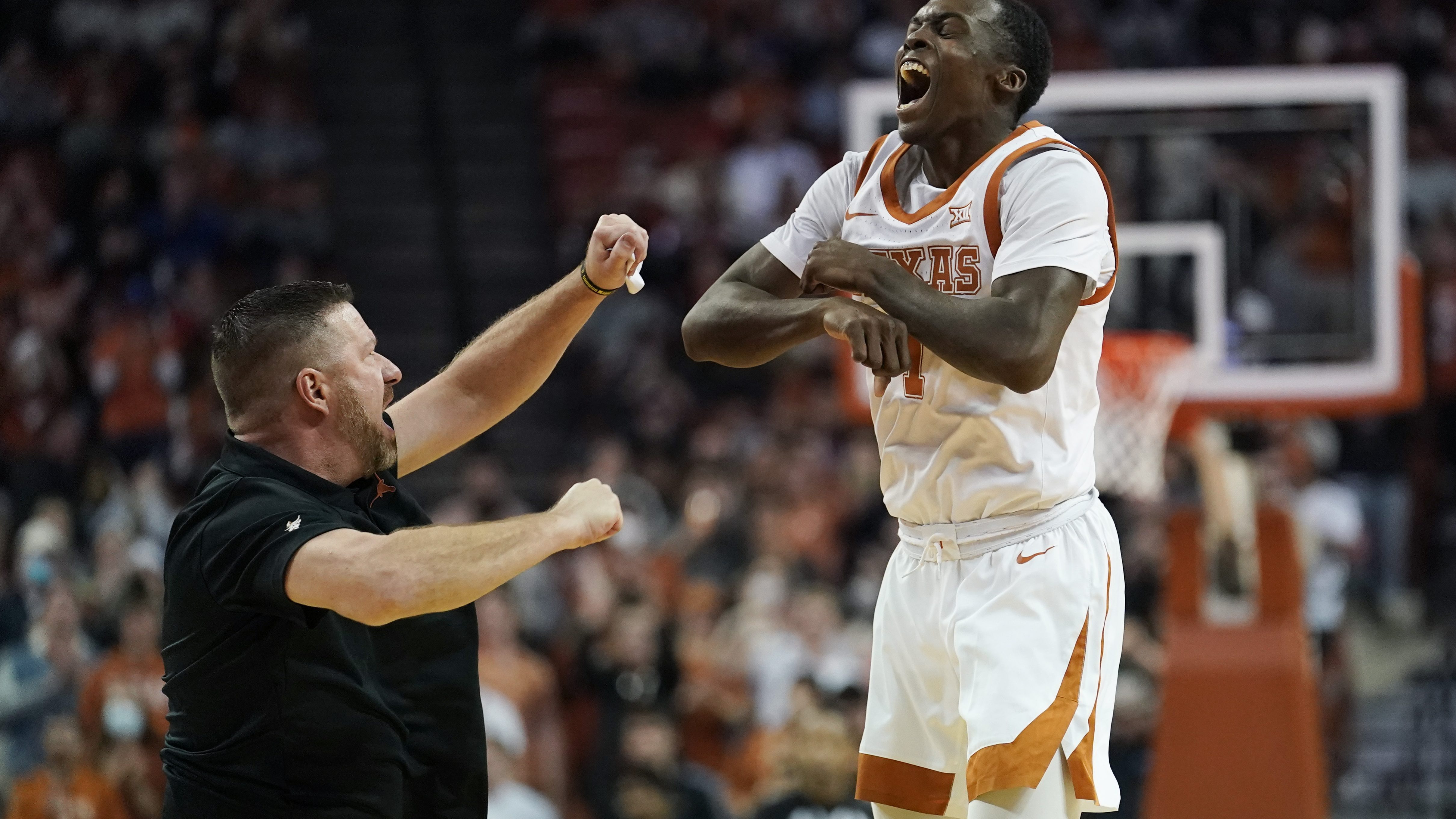 AUSTIN, Texas (AP) — Andrew Jones scored a season-best 22 points and made four steals, and No. 21 Texas got back to its usual aggressive play to beat Oklahoma 66-52 on Tuesday night.

The Longhorns (13-3, 3-1 Big 12) hit 18 of 24 free throws after attempting just seven during a 64-51 loss at Oklahoma State. Against Oklahoma, Texas maneuvered assertively toward the basket to draw fouls.

“On the defensive end, we were really locked in on the scouting report,” Jones said. “We were active. We were rotating.”

Texas led by 20 points six minutes into the second half. Oklahoma cut the deficit to 11 with 5:38 left, but Timmy Allen scored inside for Texas and Jones made consecutive layups to put the Sooners away. The 14-point victory was the biggest margin for Texas against Oklahoma since 2011.

Texas held Oklahoma scoreless for six minutes, made an 11-0 push, and took a 33-21 halftime lead.

Jones flourished during the half with 12 points, including a pair of 3-pointers, and two steals, one that he converted into a breakaway dunk.

“I can’t blame the fouls,” Oklahoma coach Porter Moser said. “I thought Texas changed the dynamic. Just disappointed how we responded to their pressure getting into our offense. We had only seven assists. We’ve been a high assist team. We missed nine (of 22) free throws. We shot 1 for 13 from 3.”

Oklahoma: The Sooners endured a difficult early schedule in Big 12 play. They lost at No. 1 Baylor and defeated No. 15 Iowa State before facing Texas. Oklahoma shot 55.8% at Baylor and 61.7% against Iowa State but slipped to 40.4% against Texas. Umoja Gibson, who led Oklahoma with an average of 16.4 points the previous five games, scored seven against Texas.

Texas: Tre Mitchell returned after missing the Oklahoma State loss while in COVID-19 protocols, but played only two minutes. Mitchell has started 12 games this season and averages 9.9 points. “Tre had not been able to practice,” Beard said. “We hope to have him back at full speed next game.”

Texas’ last two opponents honed in on defending Marcus Carr after he scored 20 points against West Virginia and 19 at Kansas State. Oklahoma State limited him to six shots. Carr went 3 for 7 against Oklahoma, finishing with nine points and five assists. Carr averaged more than 19 points a game last season for Minnesota.

“I thought Marcus played a great floor game,” Beard said. “Marcus did a great job not forcing. That dude’s out there trying to win. He’s not chasing anything on that stat sheet.”

Oklahoma: At TCU on Saturday.

Texas: At No. 15 Iowa State on Saturday.