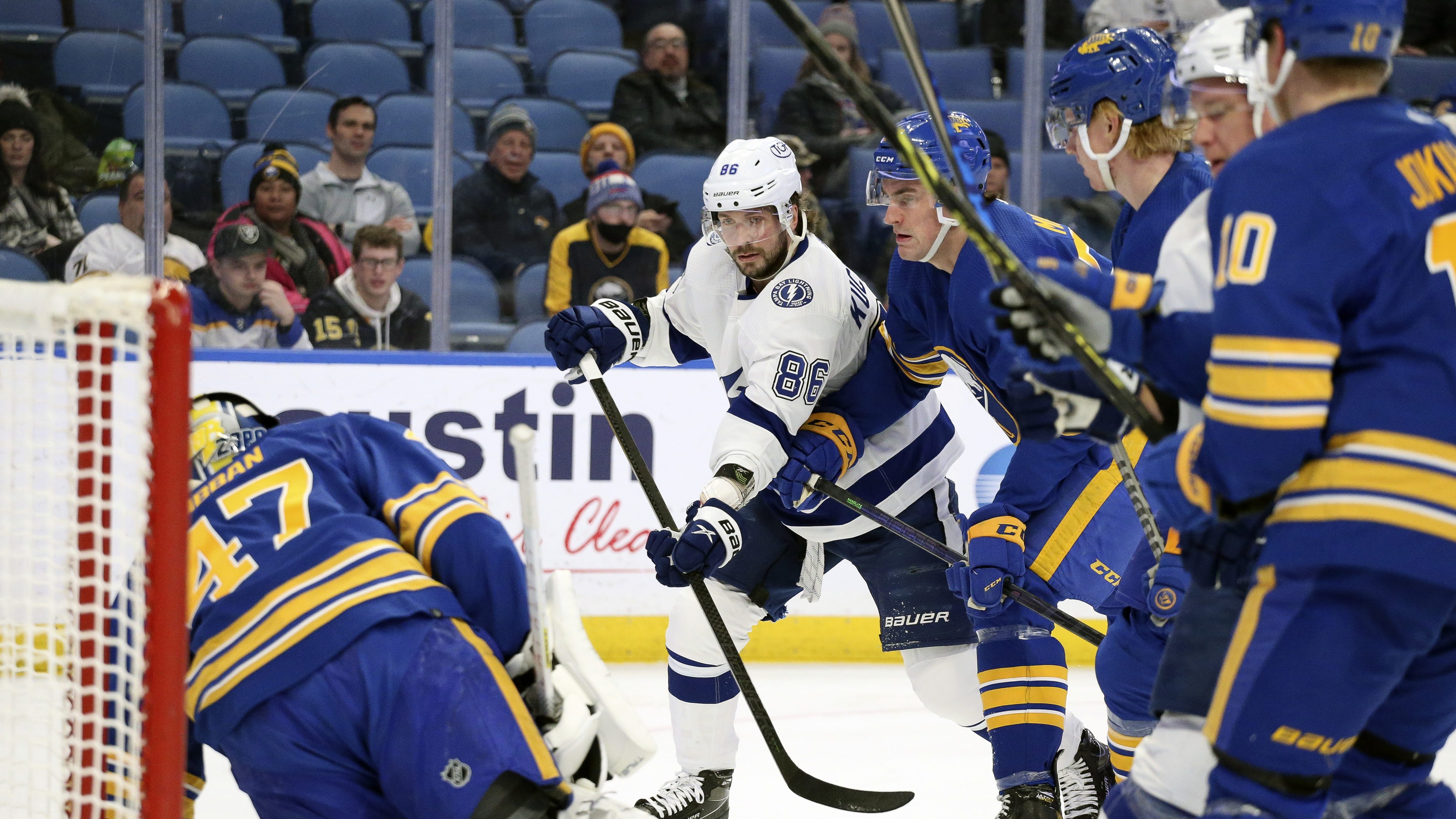 Anthony Cirelli had a goal and an assist, Ondrej Palat extended his scoring streak to four games, and the Lightning got three assists from Alex Killorn and two from Victor Hedman. Andrei Vasilevskiy made 17 saves for his 20th win of the season.

Tampa Bay (24-9-5) bounced back from a 5-2 loss in Boston on Saturday to win its third in four following a three-game skid and keep pace with the Florida Panthers atop the NHL standings with 53 points.

“We knew we didn’t play our best the last game,” Stamkos said. “So we wanted to come out and get a good start.”

Vinnie Hinostroza scored for the slumping Sabres, who have lost seven in a row at home and dropped to 3-13-4 over their past 20 games.

“The effort’s not where it needs to be,” Buffalo’s Zemgus Girgensons said.

Sabres goalie Ukko-Pekka Luukkonen left the game with a lower-body injury after he gave up two goals on nine shots in the first period. Coach Don Granato did not have an update on his status following the game. Malcolm Subban made 23 saves on 27 shots.

Kucherov scored for the first time in three games after he missed 32 with a lower-body injury. His last goal came in the second game of the season Oct. 14.

Stamkos set up Kucherov’s first tally on a power play 27 seconds into the period. Kucherov then skated out of the penalty box to snap a one-timer that made it 4-0 midway through the second.

Kucherov notched his fourth career hat trick and scored his fourth of the season on a slap shot from the point with 6:03 remaining.

“He’s a special player,” Lightning coach Jon Cooper said. “His vision and his anticipation of what goes on, he’s steps ahead of everybody out there. His timing’s still coming back.”

Killorn’s pass from behind the net led to Stamkos’ team-leading 17th goal with 5:56 remaining in the second.

Kucherov’s last hat trick occurred in a 6-3 win at Boston on March 23, 2017. … The last opponent to score a hat trick in Buffalo was Brad Richard for the New York Rangers on April 19, 2013. … Hedman’s two assists gave him 31 for the season. It is the seventh straight year and eighth time overall he has recorded 30 or more assists. … The Lightning have won eight of nine against the Sabres after losing 5-1 in Buffalo on Oct. 25.

Lightning: D Ryan McDonagh (lower body) was scratched for a second contest after being listed as a game-time decision. … D Zach Bogosian (lower body) returned from a five-game absence and played against his former team in Buffalo for the first time since being placed on unconditional waivers on Feb. 21, 2020. … F Ross Colton returned to the lineup after clearing COVID-19 protocol. … F Remi Elie was reassigned to the minors.

The Lightning altered their travel itinerary and practiced in Buffalo on Monday after their game at New Jersey was postponed due to virus-related issues with the Devils.