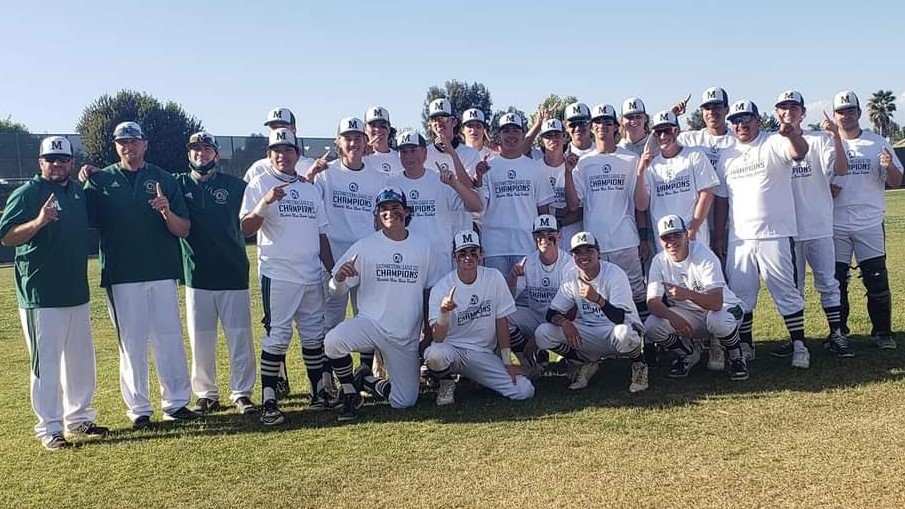 MURRIETA, Calif. — Despite losing many players on the 2021 roster to graduation, the Murrieta Mesa Rams baseball team has some veteran players returning to help maintain the program’s momentum. Last season, the team had an overall record of 26-7 (12-3 in Southwestern League play), but the Rams were eliminated in the semifinals of the CIF Southern Section Division 4 playoffs by Rancho Cucamonga in a tight 2-0 ballgame.

Last year’s Rams varsity roster of 26 players consisted of a whopping 16 seniors. Two standouts in the senior class were catcher Makana Olaso and right-handed pitcher Jhayden Raineri. Olaso and Raineri are preparing for their first seasons of college baseball in 2022 at San Jose State University and Salem University (West Virginia).

According to the website Max Preps, Olaso smashed seven home runs and drove in 40 runs while boasting a .372 batting average, while Raineri pitched to the tune of a 1.87 earned run average while striking out 76 batters and only surrendering 29 walks. Both of their efforts last season earned them first team All-CIF Southern Section honors.

Although replacing that many players seems like a tall task, there are some position players and pitchers returning in 2022 who made significant contributions to Murrieta Mesa’s deep postseason run last year. Most notably, starting shortstop Daniel Carter Garate, who is committed to playing at the collegiate level at the University of Oregon.

Last season, Garate flexed his muscles from the left-handed batters box, hitting for a .405 batting average with 15 extra base hits, three of which left the yard, along with 44 runs batted in and 28 runs scored in 31 games played, according to Max Preps. Garate was one of eight non-seniors to earn first team All-CIF Southern Section honors out of the 23 athletes selected.

Another key returning player for the Rams is speedy outfielder Derek Hurtado. The toolset Hurtado possesses makes him an ideal leadoff hitter to set the table for the middle of this season’s lineup. The outfielder hit .290 while sporting an impressive .472 on base percentage, accumulating 22 walks while only striking out 12 times. Hurtado also had a perfect stolen base percentage, swiping 14 bags in as many attempts which helped come around to score a whopping 36 times this season.

Head coach Mike Wolford is heading into his third season leading the Rams’ baseball program. Wolford has accumulated a 32-10 record in his first two seasons, as the team was only able to play nine games in the shortened 2020 season due to the pandemic.

According to the latest Max Preps rankings for California high school baseball from July of 2021, Murrieta Mesa is ranked 40th overall in the state and 17th among California’s Southern Section schools. Among Southern Section Division 4 schools, they are ranked second, only behind the Royal Highlanders out of Simi Valley.

The Murrieta Mesa Rams’ 2022 campaign begins Feb. 17 as they take on the Elsinore Tigers at Elsinore High School at 6 p.m. in Wildomar.