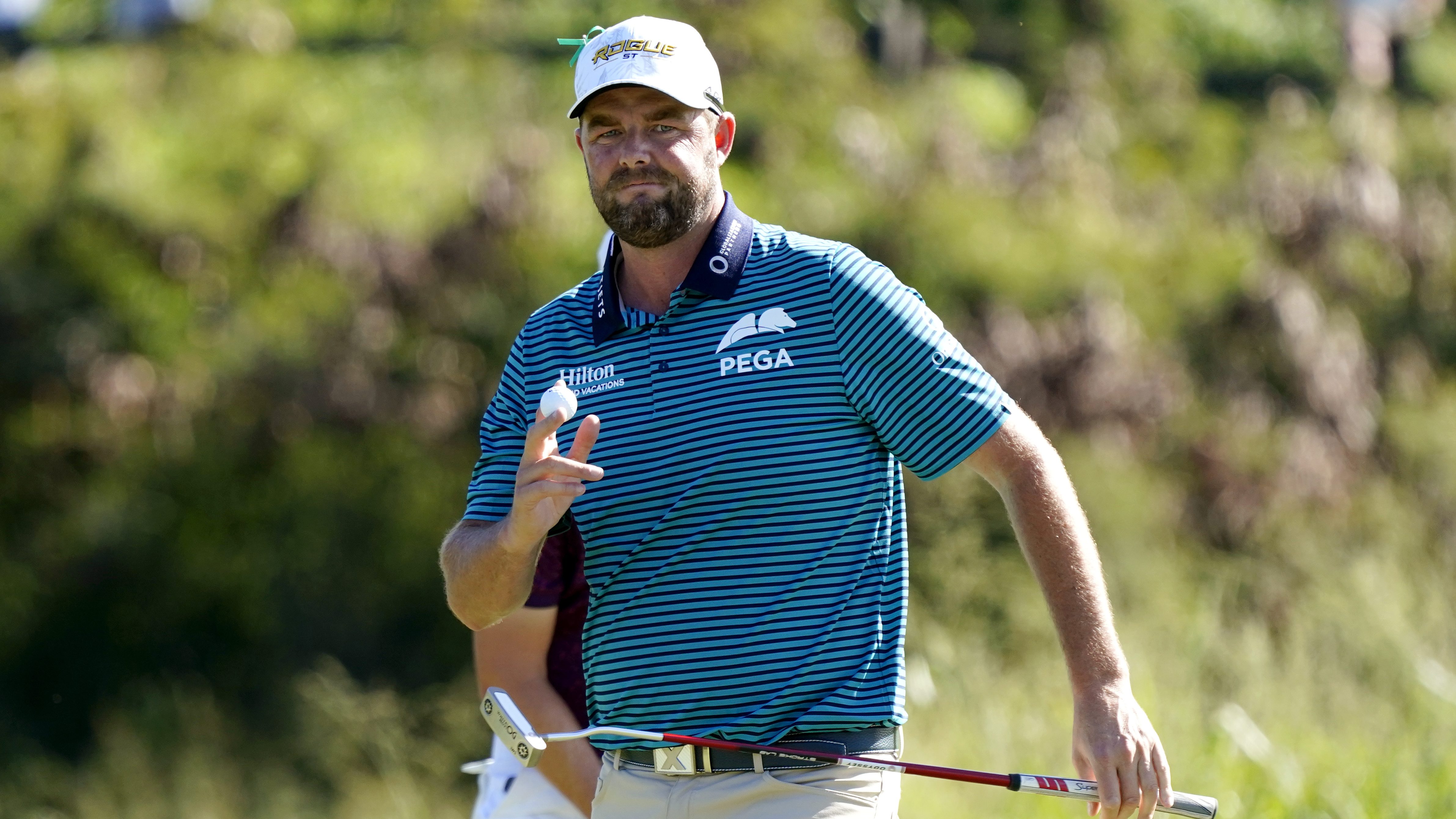 KAPALUA, Hawaii (AP) — Adam Scott was among the first batch of players the Saudi International announced as playing its Asian Tour event next month, and now he no longer is on the list.

The means he won’t need a conflicting event release from the PGA Tour, nor will he be required to play the AT&T Pebble Beach Pro-Am twice over the next three years, the stipulation for PGA Tour members going to Saudi Arabia.

A Saudi tournament spokesman said only that Scott’s playing schedule has changed, and he will only play Abu Dhabi and Dubai before preparing for “the big block” of PGA Tour events.

Some other players going to Saudi Arabia to collect handsome appearance money from the government’s Public Investment Fund did not seem bothered by the strings attached to getting a release.

He hasn’t played the Pebble Beach Pro-Am since 2011, meaning the Aussie will be required to go at least twice in 2023 through 2025.

“It’s not the worst place in the world to go,” Leishman said.

Tony Finau was a runner-up in the Saudi International last year and is returning. He played Pebble Beach in 2017 and 2019, meaning he would be required to play once over the next three years.

“I’ll be back at Pebble in the next couple years and looking forward to it,” Finau said. “Pebble’s a special place, a golf course that I think we all love. Great champions come off Pebble, it’s a place where you want to win.”

The mystery is Xander Schauffele, who played Pebble his rookie season in 2017 and hasn’t returned. He is on the list to go to Saudi, which is Feb. 3-6, the same week as Pebble Beach. As for returning to the Monterey Peninsula?

Schauffele’s team argues that it’s unfair to punish him when Pebble was never on his schedule.

“It’s sort of one that’s still being ironed out,” Schauffele said. “I’ve had my reservations about playing at AT&T, so it’s definitely a tricky one to handle that situation. So we’re still navigating that with my team and we’ll kind of see what happens.”

Meanwhile, he’ll be plenty busy early in the year. Schauffele, the Olympic gold medalist, plans to go from Torrey Pines to Saudi Arabia, then come straight back to play the Phoenix Open and Genesis Invitational at Riviera.

The golf world is mourning the loss of Tim Rosaforte, one of the leading golf journalists of the last 40 years who died Tuesday of Alzheimer’s disease at age 66.

Rosaforte’s career took him from Florida newspapers, most notably The Palm Beach Post from 1987 to 1994, to Sports Illustrated and Golf World and Golf Digest, where he became the first writer to easily transition to television at NBC and Golf Channel.

He won the PGA Lifetime Achievement Award in Journalism and the Memorial Golf Journalism Award. The PGA of America made him a lifetime member, and the Honda Classic renamed its media center in his honor.

Still fit from his days as a linebacker at Rhode Island, Rosaforte was regarded as the first golf insider from his trustworthy work across all media formats.

“He never stopped working the phones, ensuring that he not only got the story first, he got the story right,” PGA Tour Commissioner Jay Monahan said. “Those phone calls — and Tim’s gentle spirit — will be missed tremendously by all of us.”

When the U.S. Open had to do without qualifying in 2020 because of the pandemic, it added a pair of criteria that looked after developing players on the Korn Ferry Tour.

Now it will have a permanent exemption for the leading Korn Ferry Tour player starting with the 2023 U.S. Open.

The exemption will go to the player leading in cumulative points for the 23-event regular season and the three Korn Ferry Tour Finals events.

One of the players who earned a Korn Ferry exemption for the 2020 U.S. Open was Will Zalatoris, who tied for sixth at Winged Foot and used that to earn a PGA Tour card and qualify for the Masters, where he was a runner-up.

Jason Gore, now the USGA’s managing director of player relations, was on what then was the Nationwide Tour when he qualified for the 2005 U.S. Open and was in the final group at Pinehurst No. 2.

“The USGA is pleased to offer an exemption to a tour that has been well-represented in the U.S. Open and has developed an accomplished group of professionals for more than three decades,” said John Bodenhamer, chief championships officer for the USGA.

Justin Thomas tied the course record at Kapalua with a 61 on Saturday, which then was matched twice more by the end of the week.

Those records mean something to him, especially when it involves beating Tiger Woods.

Thomas still recalls the time, just not the course, where he set his first course record during a practice round when he was about 9 at the Junior World in San Diego (all signs would point to Singing Hills Pine Glen).

“I just remember because Tiger had the course record, and I remember beating him and it was like the coolest thing obviously I had ever done at that time,” Thomas said. “Something tells me it’s not still standing. That was the first one I had ever broken and I was pretty pumped about that.”

Thomas has the course record at Waialae with a 59 in 2017. He shot 63 at Erin Hills in the U.S. Open later that year. And he holds the course record from the tips at Medinah when he shot 61 in the BMW Championship on the famed No. 3 course.

“It’s pretty fun having a handful of buddies that live in Chicago that will go play Medinah every once in a while and they will send me pictures of my scorecard,” Thomas said. “It’s stuff like that, whether the people know me or not or whether they know whoever shot the course record or not. That’s kind of a part of the club at that time. So it definitely means something.”

Australian golf lost “a giant of the game” when Bob Shearer died of a heart attack on Sunday. Shearer held off Jack Nicklaus and Payne Stewart to win the 1982 Australian Open, one of 21 victories across three main tours, including one win on the PGA Tour. Shearer was a four-time Order of Merit winner on the PGA Tour of Australasia. … Justin Thomas now has five rounds of 61 or lower since 2015, the most of any player during that period. … London-based IMG Arena has secured the official sports betting data and live streaming distribution rights to the LPGA Tour. … Jon Rahm with his runner-up finish at Kapalua became the 45th player to cross $30 million in career earnings on the PGA Tour. He reached the mark in his 109th career start since turning pro in the summer of 2016. … In the 15 years of the FedEx Cup, Daniel Chopra in 2008 is the only Tournament of Champions winner at Kapalua who did not reach the Tour Championship at East Lake.

STAT OF THE WEEK

Matt Jones shot 123 in his final two rounds at Kapalua, tying the PGA Tour record for lowest weekend score. He joined Patrick Rodgers at Sea Island in 2019 and Steve Stricker at the Bob Hope Classic in 2009. None of the three won the tournament.

“I think Aussies play well when we’re relaxed, and we’re all relaxed here in Hawaii.” — Cameron Smith, one of three Australians who have won a combined six times at Kapalua.