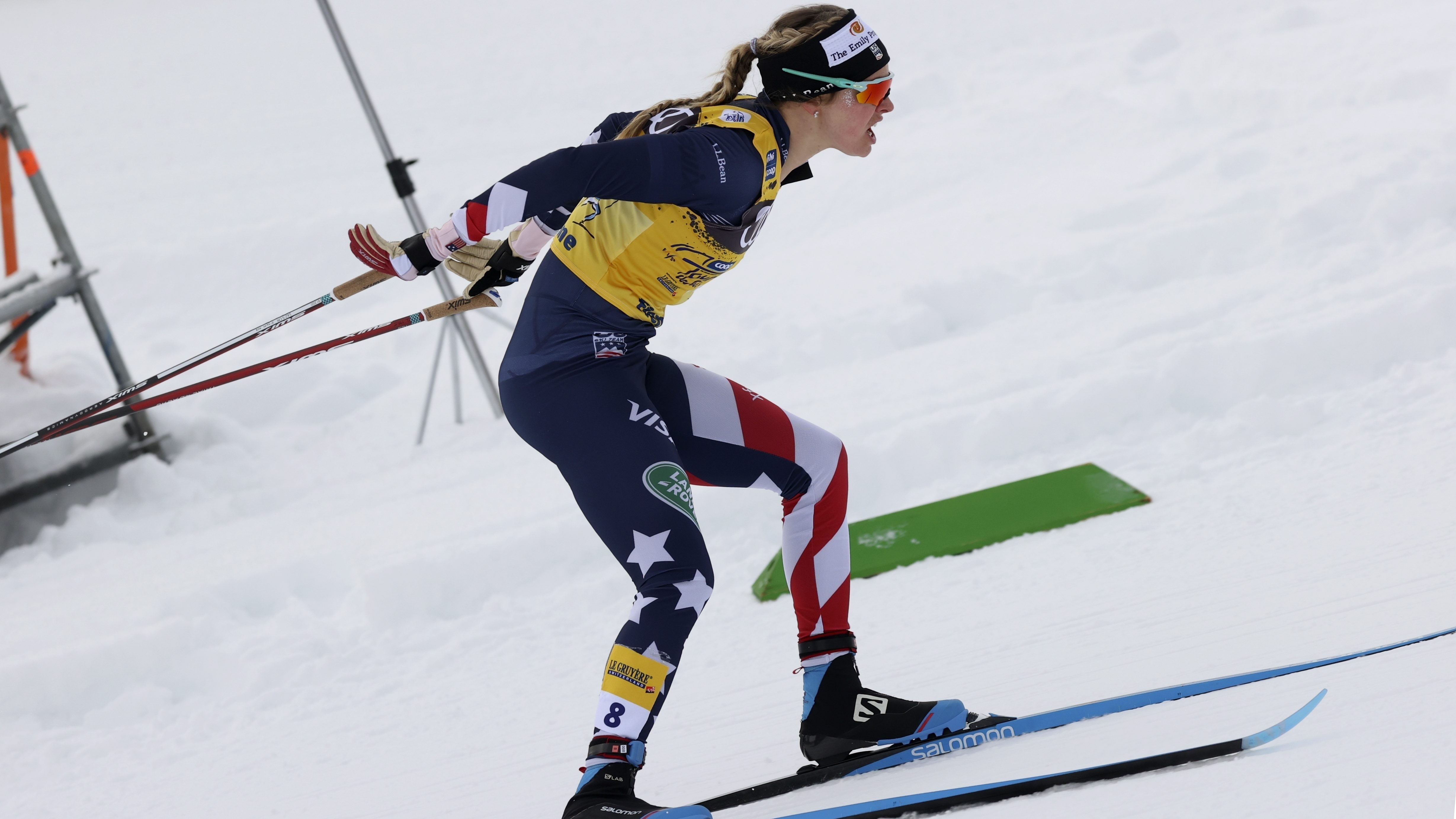 When Jessie Diggins and Kikkan Randall won the United States’ first Olympic gold medal in cross county skiing in 2018, they turned a page and brought their country to the line next to the Nordic powerhouses of Norway, Russia, Sweden and Finland.

Diggins’ subsequent success has proved that their success wasn’t a fluke. She was the World Cup overall champion in 2021, while teammate Rosie Brennan was fourth. Randall has since retired.

Diggins and Brennan along with a revamped U.S. team head to the Beijing Games in February with a list of podium finishes and hopes for more medals.

“All I can do is feel confident in the work that I’ve put in and feel confident in knowing that I know how to push hard,” Diggins said after finishing the recent Tour de Ski in Europe. “So for me going into the next Olympics, and every race between now and then, I do know that when I crossed the finish line, I’ll have given everything I have.”

Norway’s Marit Bjørgen, who won five medals in Pyeongchang and a total of 15 in her career, more than any other Winter Olympian, retired after the 2018 Games. Her former teammate, Therese Johaug, has won three Olympic medals and is set to add to that tally. Heidi Weng, also from Norway, will surely be in the mix.

Sweden’s top medal winner in 2018, Stina Nilsson, has switched to biathlon, but the team has dominated on the World Cup circuit this season. Maja Dahlquist has been hard to beat in the sprint races while Ebba Andersson and Frida Karlsson have collected medals in the distance races.

Russia’s Natalia Nepryaeva is showing strong form after taking the gold in the six-stage FIS Tour de Ski, which started in Switzerland, moved to Germany and concluded Jan. 4 with a climb up an alpine ski slope in Italy.

Finland’s sister and brother team of Kerttu and Iivo Niskanen, along with Krista Pärmäkoski, have shown that they are among the best classic skiers in the world.

Norway’s Johannes Hoesflot Klaebo was a rising star when he won three gold medals at Pyeongchang. He has dominated the World Cup this season and will be back to defend his Olympic titles. Klaebo’s teammates, Erik Valnes and Pål Golberg, will likely be in the mix.

Klaebo’s longtime rival, Alexander Bolshunov of Russia, who brought home two silver medals and a bronze in 2018, was right behind Klaebo in the overall World Cup standings in early January and will no doubt strive for gold in China.

The Russian Federation team runs deep with talent, seven of their skiers sat in the top 15 in the World Cup standings in early January. Fourth in those standings was Niskanen of Finland, who won gold in the 50-kilometer classic ski race in Pyeongchang and finished the Tour de Ski in third place.

Others to watch, especially in sprint races are France’s Richard Jouve and Italy’s Federico Pellegrino.

Many of the U.S. men’s cross country ski team retired after Pyeongchang and a fresh batch of hungry, strong skiers have enjoyed impressive results on the World Cup this season and can be expected to be in the mix in Beijing.

It’s unlikely that skiers will get a chance to fine-tune their fitness at World Cup races leading up to the Olympics after organizers canceled events in the coming weeks due to the spread of COVID-19.

First, the French Ski Federation and the national authorities canceled races in Les Rousses that were scheduled for Jan. 14-16. The International Ski Federation also said cross country and Nordic combined races in Slovenia, set for Jan. 21-23, are canceled due to the pandemic.

The Nordic ski races will be held in the Zhangjiakou competition zone, in the mountains about 100 miles (160 kilometers) northwest of Beijing. The Chinese team has trained at the site, but no other nation has seen the trails, meaning everyone will ski them for the first time at the end of January.

Normally, preview races are held at Olympic venues the year before the event, but the pandemic meant no international races were held in Beijing in 2021. That lack of race time on the trails will be something of an equalizer for most nations.

Adding to the challenge — the site is at an altitude of 1,665 meters (5,462 feet), which is near the elevation limit for Nordic venues and comparable to Soldier Hollow, the site of the 2002 Salt Lake Olympics. High elevation means less oxygen, making racing more difficult.

Temperatures are expected to be especially cold, unlike some of the warm and wet events held in Europe so far this season. But it’s unlikely that snow will be a factor, said Jim Steenburgh, an atmospheric sciences professor at the University of Utah who has provided weather support for various Winter Olympics.

“The biggest weather-related threats for the Games are cold surges and related wind and dust,” he said.

Some countries were still holding Olympic trials in early January — the number of spots depends on World Cup standings in some cases — but when the Olympics arrive nearly 300 athletes will be seeking medals in cross country at 12 events between Feb. 5-20 in both the classic and skate (or freestyle) techniques.

The first race is a skiathon for women and then men. This tests the skier’s abilities in both classic and skate. Racers set off on classic skis and stride around 7.5-kilometer trails for the women and 15 kilometers for the men. Next, they head into the stadium and immediately switch to skate skis and head back out to race the same distance as the first leg to the finish.

Sprint races will be in freestyle with competitors trying to qualify for the top 30 spots. Next comes the fast and physical quarterfinal and semifinal heats where six skiers race at a time. The final six racers compete for medals.

There will also be a team sprint race, but unlike the event won by Diggins and Randall four years ago this time will be in the classic technique.