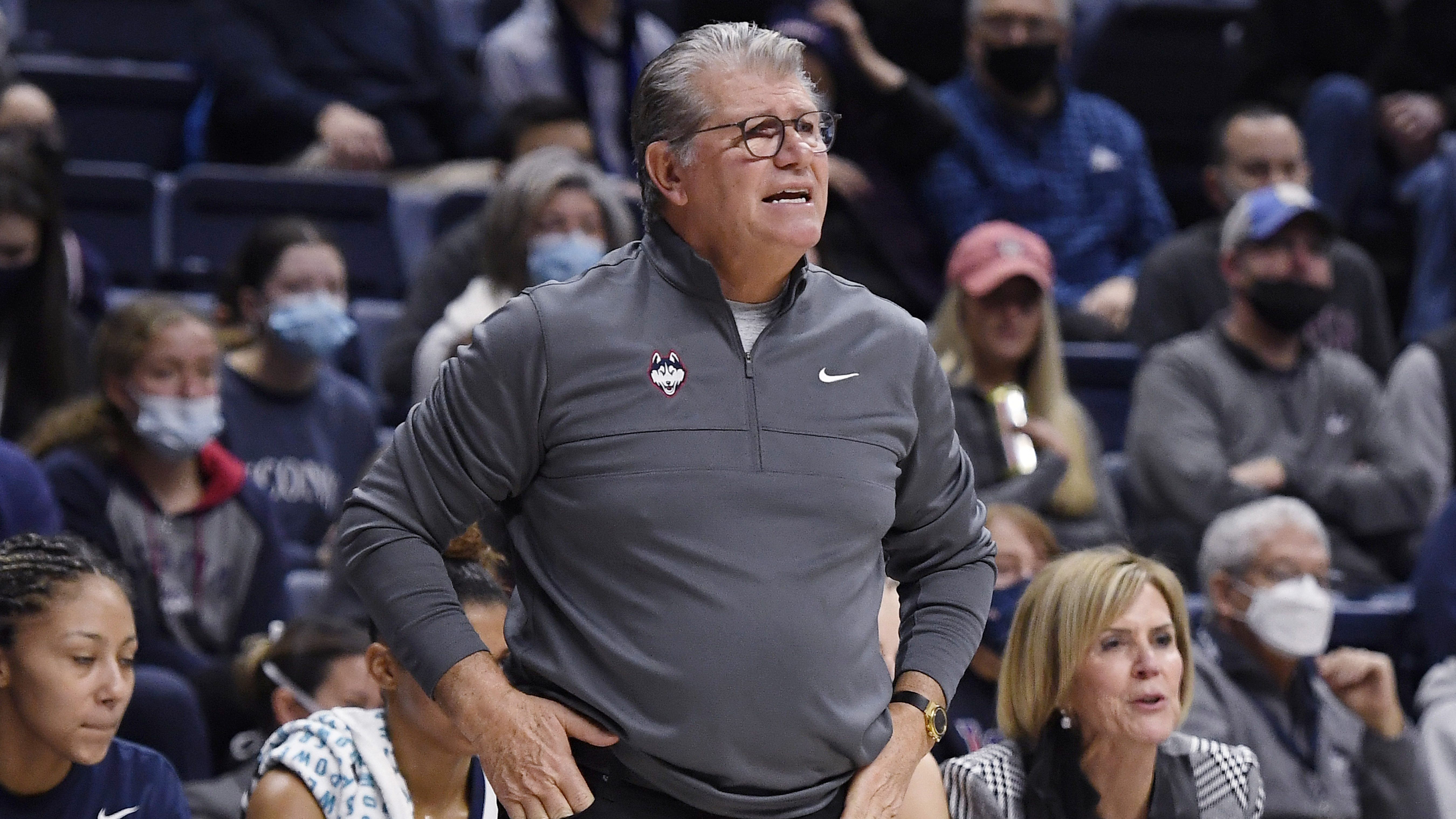 STORRS, Conn. (AP) — UConn, the most dominant program in the history of women’s college basketball, is showing some signs of vulnerability.

The 10th-ranked Huskies are just 7-3 this season and have some of their more impressive winning streaks come to an end. A 57-44 loss to Georgia Tech last month was UConn’s first to an unranked opponent since 2012, a span of 240 games.

They also lost a pair of top-five showdowns: 73-57 to top-ranked South Carolina, a team they will see again on Jan. 27, and 69-64 to No. 3 Louisville. The latter defeat dropped UConn out of the AP top 10 for the first time since 2005 and revived the chatter over the fact that the Huskies have not won a national title since 2016 — a relative eternity for Geno Auriemma’s juggernaut even if the standards are unique and unrealistic.

Whether the UConn dynasty is truly fraying is a different question: A program that has won 11 national championships since 1995 and made 13 straight Final Four appearances in the NCAA Tournament remains unquestionably one of the best in the country.

The fractures in the armor have, for the most part, coincided with the fracture in the left knee of reigning national player of the year Paige Bueckers and the stress injury in the right foot of the nation’s top recruit, Azzi Fudd. Other injuries and a recent COVID-19 outbreak have left the Huskies with just seven available players.

Tennessee transfer Evina Westbrook said the remaining Huskies have been feeling the pressure to live up to the school’s reputation.

“There is a standard here,” she said. “And there is a huge expectation to live up to, that no one in the country has. So, to be in our position is hard. But, at the same time, no one is feeling sorry for us. The whole world is cheering that UConn’s down right now or that we lost two games in the middle of the season. So, really it’s just time for us to turn it up and we know that.”

During the last of four straight championships in 2015-16, UConn outscored opponents by an average of 39.8 points per game on the way to a 38-0 record.

In the years since, that margin had never dropped lower than 25.9 points (2019-20) — until this season, when the Huskies are only outscoring opponents by an average of eight points per game.

Shane Laflin, a women’s recruiting expert and the director of the Premier Basketball Report, said the Huskies’ ability to attract top talent has not dropped off. The difference, he said, it that programs such as South Carolina, Oregon and UCLA are also landing top classes.

The talent pool among high school girls has grown with the popularity of the game, he said. With that comes more parity at the college level because the talent gap between the recruits going to the top programs and those headed to the next tier is shrinking.

Lalflin also said he doesn’t believe any school will be able to repeat the largely unrivaled success UConn has had since 1995.

“I think it’s changing, but to say they don’t have an opportunity to squeeze out a few more (titles) to continue the dynasty – because it would still be a continuation of that success — would not be accurate,” he said. “But, changing? Are we at the beginning of that change? I think that’s very fair.”

Auriemma also sees the change. More and more schools are beginning to put resources into their women’s programs and that’s being reflected in more parity and more upsets, he said.

“I also think a lot of the highly-rated recruits around the country — ones that people said are can’t miss, sure-fire great players coming out of high school and all the recruiting services tout how great these kids are — are, quite frankly, not that good relative to a few years ago,” he said. “So, what ends up happening is those next level kids down, they’re better than they’ve ever been and they’re going to different schools and they’re knocking off some of these teams that have these big-time recruits and you’re starting to see a lot more of that.”

Former UConn star and ESPN analyst Rebecca Lobo said the transfer portal has also allowed schools to fill specific needs each season, like maybe a point guard they didn’t have.

“It used to be that you were investing and building a program, because you knew a kid was going to stay for four years,” she said. “That change has had a huge impact in women’s college basketball, including on the notion of dynasties.”

Lobo said she also believes talk of UConn’s downfall has been greatly exaggerated. Fudd is expected to start running this week. Bueckers is due back in mid-February. Their return will help.

“And even though it’s been a few years since they won a championship, if a team goes to 14 straight Final Fours and wins nine or eight championships along the way, I think you still have to consider them a dynasty,” Lobo said.

UConn, after all, won its 163rd consecutive conference game Sunday, grinding out an eight-point victory over Creighton. The Huskies still have not lost consecutive games since March 1993.

Bluejays coach Jim Flanery said he believes closer games are part of the evolution of the sport.

“You have all these good players going to different places,” he said. “Credit to UConn that they’re down players and are still finding ways to win.”

Jen Payne, a 40-year-old UConn fan from Arkport, New York, said the team’s relative stuggles this year hasn’t diminished her enthusiasm. She brought her 16-year-old daughter, Reese, to her first game at Gampel Pavilion on Sunday.

“They don’t necessarily get all the top recruits, so it’s a little more even,” she said. “But it’s fun to watch. I want them to win, but it’s great to see other programs do well too and give them the competition.”