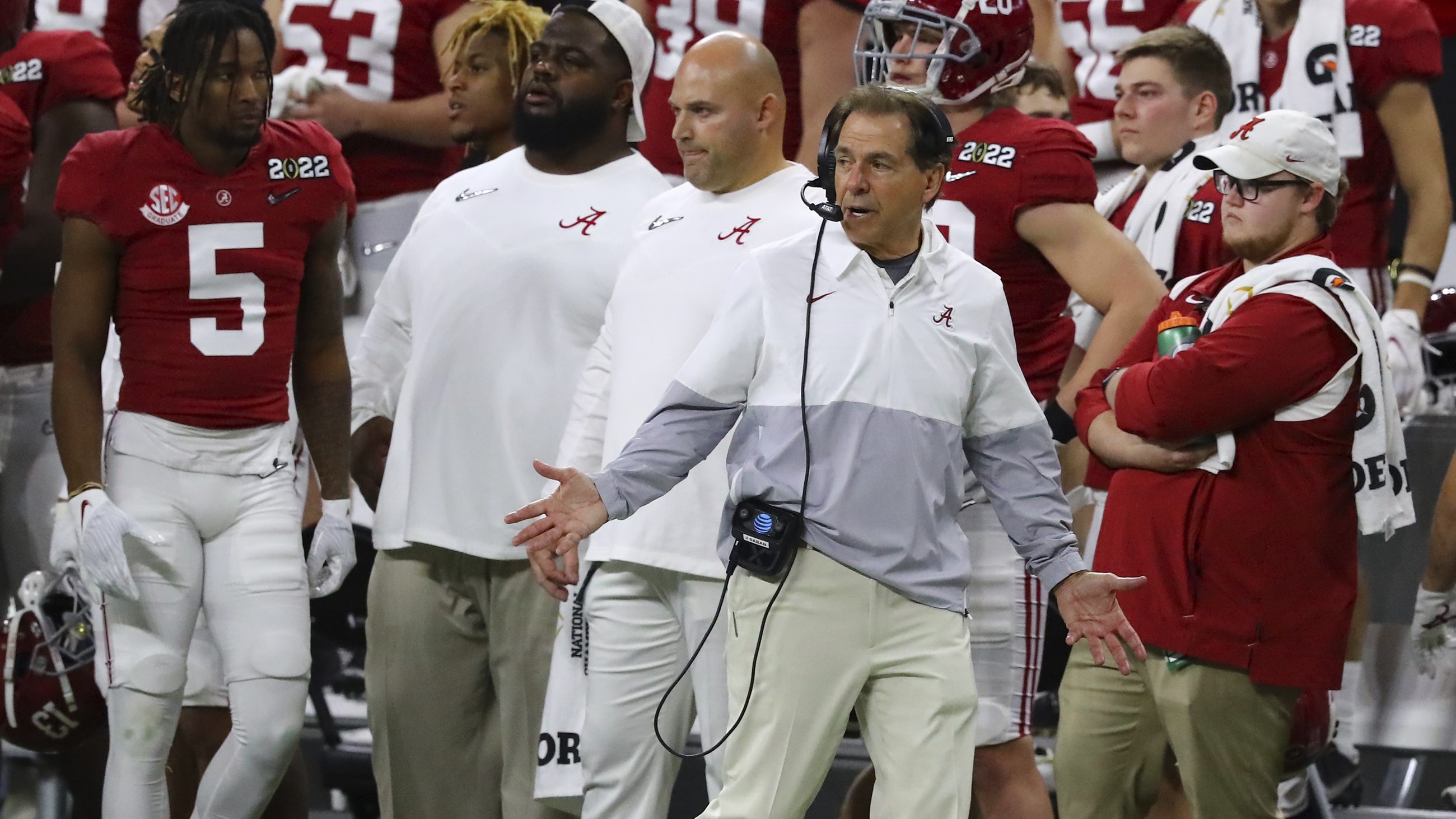 It never seems hard for Alabama to find a silver lining amid a late-night gloom and doom of a season-ending defeat.

The Crimson Tide (13-2) fell short of a repeat national championship with a 33-18 loss to Georgia in Monday night’s College Football Playoff championship game.

But as usual, Nick Saban and talent-laden Alabama will be among the preseason favorites.

There’s reason to believe the 2022 version of the Tide will be better than a young but resilient team this season. Alabama looked vulnerable for much of this season and unbeatable in the Southeastern Conference championship game against the Bulldogs and again in its semifinal win over Cincinnati

Saban’s two biggest stars — Heisman Trophy-winning quarterback Bryce Young and linebacker Will Anderson — are only sophomores. And, like the expectations he has his team, Saban believes those players will bounce back.

Young and Anderson produced two of the best seasons in Alabama history at their positions. The poised QB and devastating pass rusher are coming back for at least one more crack at helping Saban bring a national title to Tuscaloosa for the seventh time.

This team won eight straight games after a loss to then-unranked Texas A&M. Some growing pains were to be expected, especially for an offense that had to replace five first-round NFL draft picks and a team that lost some key players to injuries at various points of the season.

The top cornerbacks — Josh Jobe and Jalyn Armour-Davis — both missed the championship game. Alabama finished the game without its two top receivers.

“I have a tremendous amount of respect for him, the way he runs his program,” Smart said. “And really probably one of the best jobs he’s ever done with his team, because they were really young at some positions.

“And I think they’ve got the best player in college football in Bryce Young, and I saw it firsthand on the field in the SEC Championship. But to do what he did this year, with that team, I told him after the game, I said I really believe that this was probably the best job you’ve ever done.”

Alabama has also ended back to back seasons with losses only once in Saban’s 15-year tenure, ending on down notes in 2013 and 2014. Another reason for optimism next season.

This team will surely lose underclassmen to the NFL draft as usual. Left tackle Evan Neal and wide receivers John Metchie III and Jameson Williams, who sustained a left knee injury in Monday night’s game, linebacker Christian Harris and safety Jordan Battle are among the potential first-round picks if they leave early.

Metchie missed the playoffs with a knee injury.

It lays a foundation for a team that will be expected to contend again.

“I’m extremely proud of this group, our team, for what they were able to accomplish this year, the adversity that they overcame,” Saban said.

“They’re a really great bunch of winners. They won going away this year. They came from behind and won, and won close games to have the opportunity to play in this game.”

Maybe next season’s team will be able to go one step farther.