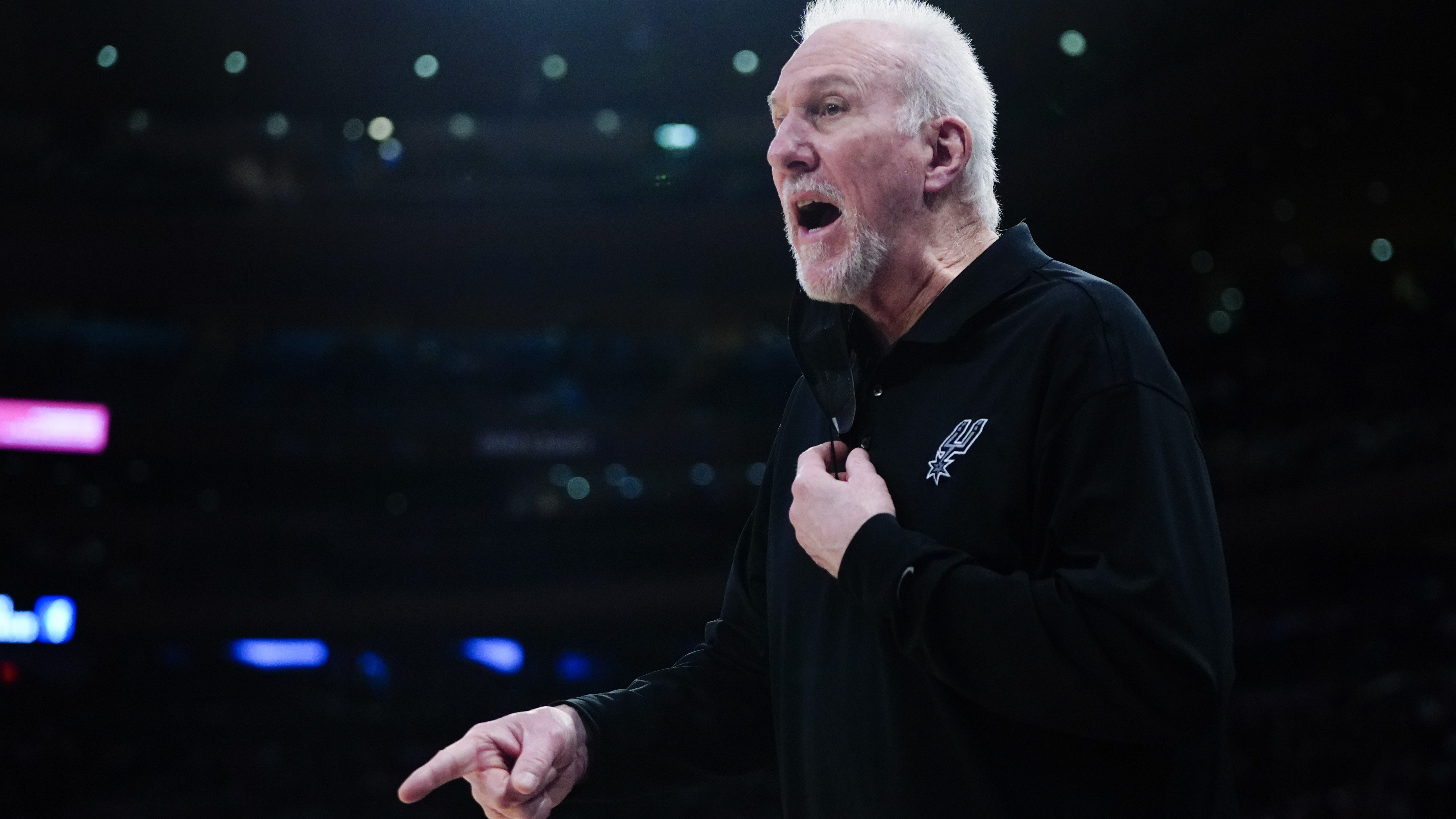 Coronavirus-caused changes to the NBA schedule moved up San Antonio’s game in Brooklyn on Sunday from a night to a noon tip. That left all evening for wine and unwinding at a restaurant in one of his favorite cities before another game against the Knicks the next day.

He still loves New York, though virus rules and regulations limit how much he can enjoy it now.

Just like New York is no longer the same, neither are the Spurs.

The 121-119 loss to the Nets was the kind of defeat his team racks up these days. The Spurs often pulled out games like those when Tim Duncan, Manu Ginobili and Tony Parker were on the floor, but it’s a different story when young players now stand in their place.

After five championships during a run of 22 straight postseason appearances, the Spurs could be staring at a third straight season out of the playoffs. They headed home with a 15-25 record after going 1-6 on their trip that ended with a 111-96 loss to the Knicks on Monday.

In his 26th season with the Spurs, it’s not the winning that Popovich misses. It’s the teaching and team-building time that’s so hard to find during another season altered by the virus.

“I never got too excited about the winning and I never got too down about any losses,” Popovich said. “You’d rather win than lose, but it was never really the priority in how you lived your life or conducted yourself. We enjoyed the teaching, the camaraderie as much as anything. The airplanes, the buses, being with a great group of guys.

“This group entails, or requires, more teaching, but with COVID we’re having a hard time finding those moments to be able to do that. So I’d say frustrating is a word that applies. But being able to have a group that’s hungry and you can teach is a different kind of enjoyment than watching Timmy help us win, because he never listened to me anyway. He just did what he wanted to do, so I didn’t have to do a whole lot. I just came, I had a front-row seat.”

Now, he’s putting together lineups with guys he barely knows. The Spurs finished their trip with six players in health and safety protocols, including Keldon Johnson, who won a gold medal playing for Popovich in last year’s Olympics.

Rookie Josh Primo, who just turned 19, finished the trip in the starting lineup but will be spending what Popovich said is needed time in the NBA G League once the sidelined players are back. Devontae Cacok, who Popovich previously knew little about beyond that he played for the G League affiliate, impressed with his tenacity.

But opposing teams don’t focus on the players. They look over at Popovich and expect the same tough test the Spurs always were.

“I know they don’t got big names and they haven’t been at that level the last couple of years, but that’s just the culture they have over there. That’s what Pop created,” Nets star Kevin Durant said.

The Spurs successfully forced the ball out of Durant’s hands on the Nets’ final possession Sunday, which thrilled Popovich. But they allowed Cam Thomas to catch Durant’s pass moving into the lane for the winning shot, the kind of mistake rebuilding teams make.

“It’s a game of mistakes,” Popovich said. “That’s why the scores aren’t 8-6. And those kinds of mistakes you just hope happen less and less as time goes on. But the tough part of this season for everybody, especially young teams, is no practices, no shootarounds. So it’s kind of tough to get that across.”

He’ll keep trying and is confident the tough losses are going to turn into wins. The road has been rough, but Popovich has no complaints.

Well, maybe just one. Playing the Nets and Knicks on the same trip is nice, just not when there’s no days off in between.

“I would like it, but I would like them to be spaced so I could go to dinner another night. The back-to-back kind of hurts the dinner thing. I’m being honest,” Popovich said.

“But it’s one of the enjoyable things about the NBA. You get to travel, they fly you for free, they get you a room. I mean, what could be better? You go to all these cities. This year it’s a little tougher, but in general it’s been great.”