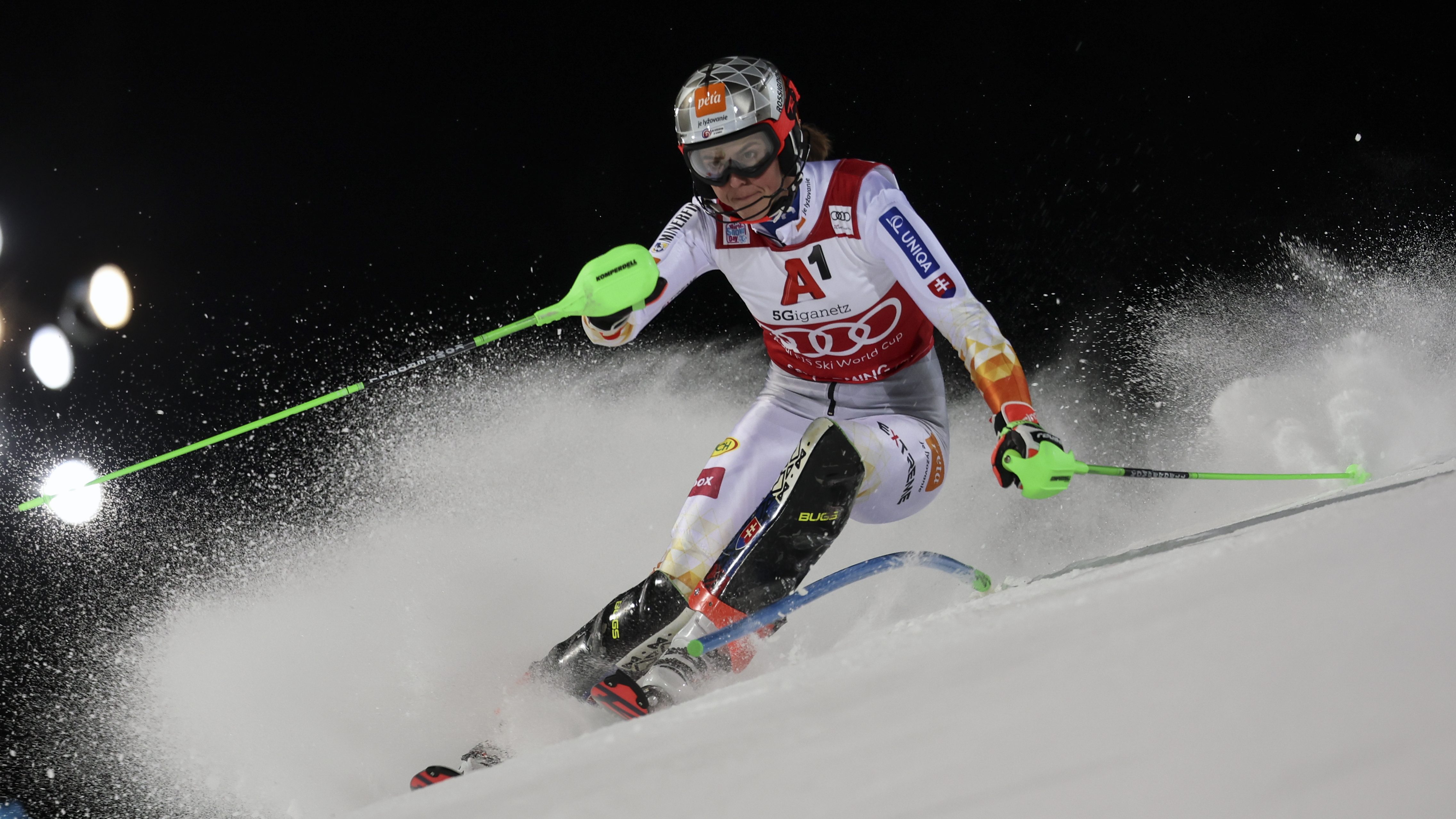 Racing on the challenging Planai course, Vlhova led Lena Dürr of Germany by 0.27 seconds, while Canada’s Ali Nullmeyer and Switzerland’s Wendy Holdener both finished 0.35 behind in third.

Mikaela Shiffrin was in fifth place with 0.42 to make up in the second run. The American is the only skier left with a slim chance to overtake Vlhova on top of the season standings.

Vlhova, who has won five of this season’s six slaloms, leads Shiffrin by 240 points. The Slovakian will lock up the title if the difference is still at least 200 points after the race, with just two more World Cup slaloms scheduled after the Beijing Olympics.

Vlhova won the slalom globe once before, in 2020, after Shiffrin had won it six times in seven years.

The title went to Katharina Liensberger last season. On Tuesday, the Austrian trailed by 0.79 in eighth after the opening run.

Shiffrin’s teammate Paula Moltzan finished 0.47 behind in sixth. The American has been skiing with the pole taped to her glove since fracturing her left wrist.

Anna Swenn-Larsson, who finished third in a slalom in Slovenia on Sunday, was among the fastest starters and led Vlhova by more than two-tenths of a second at the first split before the Swede straddled a gate.

The Planai course is an annual stop on the men’s circuit. The women last raced at the venue during the world championships in 2013.

The race has been relocated from nearby Flachau, which has been hit by a recent rise in coronavirus infections.