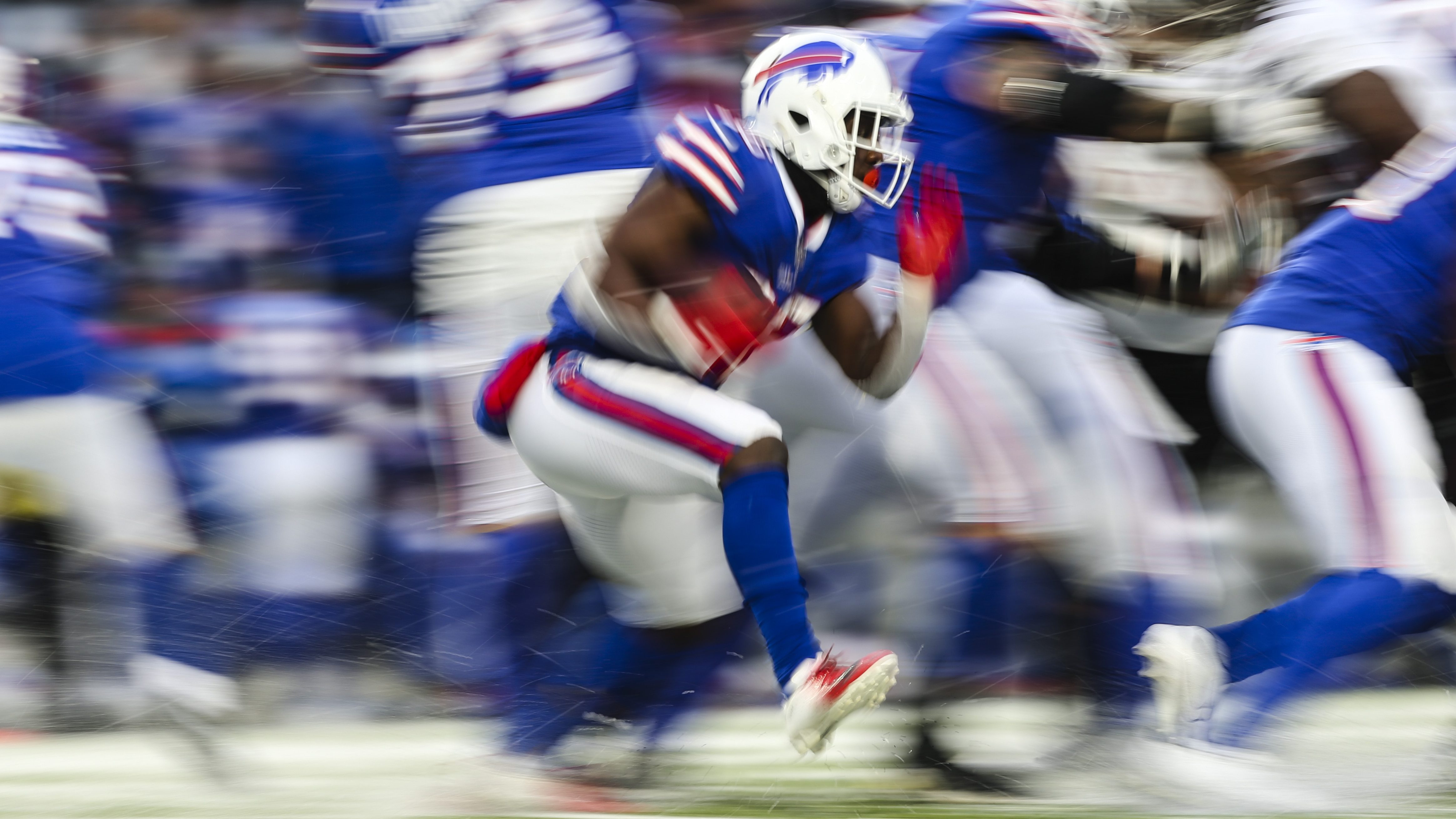 ORCHARD PARK, N.Y. (AP) — Having played with both Patrick Mahomes and Josh Allen, Mitch Morse knows a thing or two about a pass-happy offense.

He also knows the value in running the ball.

“Every team that you see makes the Super Bowl or makes a run for it has to have that dimension of the ground game,” Morse said.

In that case, perhaps the Bills have found their running game in the nick of time.

The Bills can thank their surging ground game for their late-season run to winning their second consecutive AFC East title. Buffalo heads into its wild-card playoff against New England on Saturday night on a four-game winning streak that is partly due to its renewed commitment to the run.

The shift in philosophy has given the Bills a new dimension to their offense, which they believe will keep opposing defenses guessing.

“If you’re being one-dimensional or you can’t really run the ball, it opens the playbook for these coordinators to bring all sorts of stuff that offensive linemen hate to see,” Morse said. “So even the threat of run helps.”

After struggling to mount a consistent rushing attack for a majority of the season, things have changed for Buffalo over the past four weeks.

The Bills have turned to Devin Singletary more frequently in the backfield, and their faith in the third-year back has been rewarded.

Singletary is coming off his best stretch as a pro, which included a career-best 110 yards against the Atlanta Falcons in Week 17. Buffalo’s 233 yards rushing against the Falcons marked the Bills’ second-highest total since coach Sean McDermott came to the team in 2017. Singletary had a 40-yard burst against the New York Jets in Week 18, recording one of his most impressive runs of the year.

Singletary has six touchdowns during the past four weeks, compared to just two in Buffalo’s first 13 games.

“Any time that a kid can turn it on and do what he does, shoot, it’s special.”

After Singletary found the end zone again to close the regular season against New York, the Bills improved to 10-1 when scoring a rushing touchdown this season. They’re 11-2 when topping 100 yards on the ground. They even finished the regular season sixth in the league in rushing, which was a surprise after their early season struggles.

“It’s great timing,” wide receiver Stefon Diggs said. “You’re trying to play your best football toward the end of the season and being able to run the ball first, not having to force to throw the ball every chance or every opportunity. … Stuff like that takes a lot of pressure off your offense and off your receivers as well. I feel like we love it. The run helps the pass and the pass helps the run.

The development has benefited both the offensive line and Buffalo’s passing game. The O-line has been much improved in recent weeks, showing more consistency in both phases on offense. Allen has not been sacked in his past three games.

The hope for Buffalo is that the renewed rushing attack continues to help the Bills in Saturday’s game against the Patriots, and potentially beyond.

“It gives someone something to think about, right? Our offense, say it what it is — we pass the ball,” Morse said. “But it really does help us as offensive linemen, it helps the quarterback get in a rhythm, it helps the running backs if we can pound and ground a little bit.

“So, yeah, we need that dimension.”