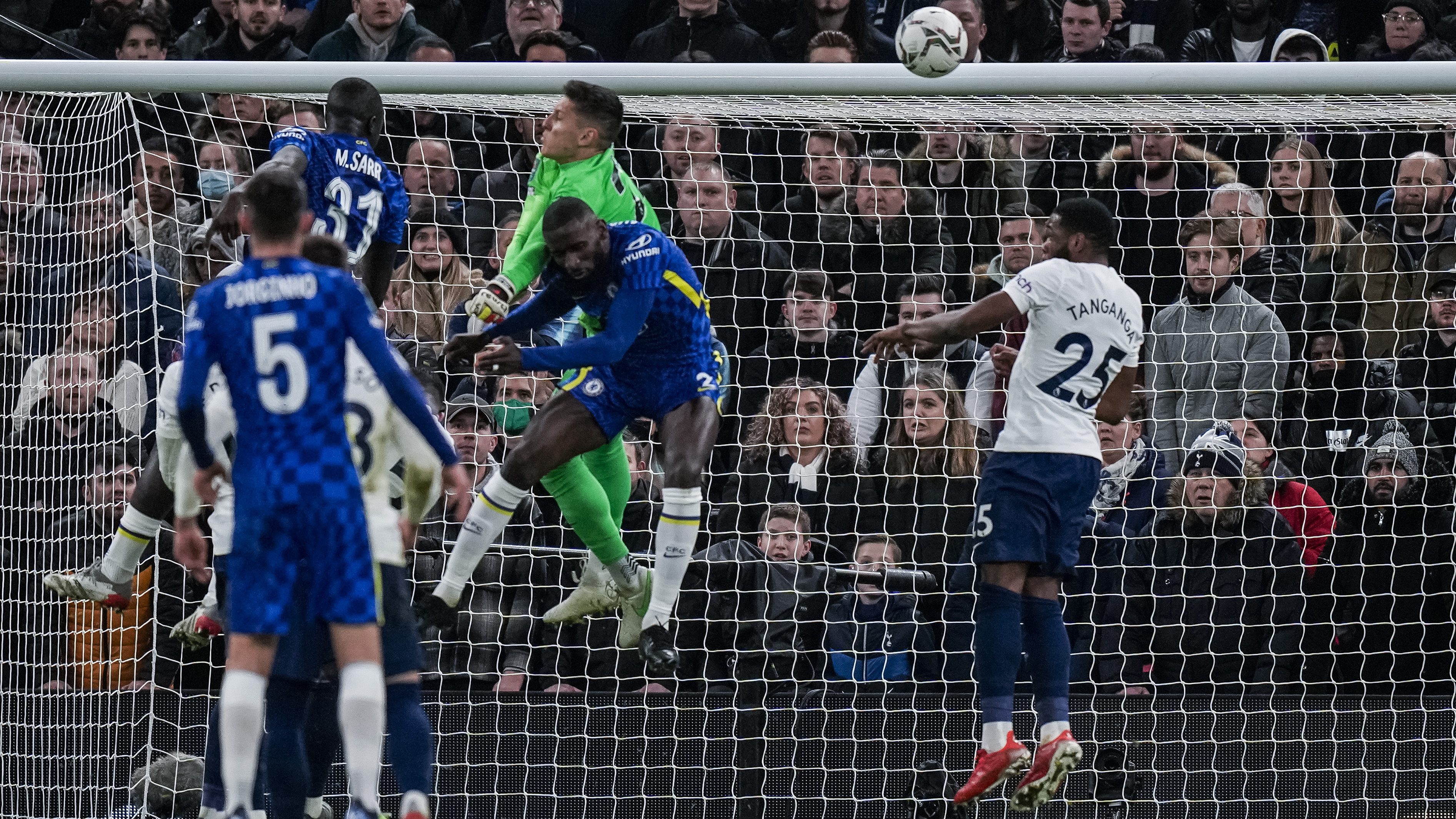 LONDON (AP) — Even before celebrating his first anniversary as manager later this month, Thomas Tuchel has achieved a first with Chelsea.

Defeating Tottenham in the League Cup semifinals means Tuchel has reached every major final unlike any predecessor at the west London club.

There was victory in the Champions League final and a losing FA Cup final last season. Chelsea will be back at Wembley Stadium next month to contest the League Cup final after Antonio Rüdiger’s header sealed a 1-0 victory at Tottenham on Wednesday to complete a 3-0 aggregate win.

“It’s good we are not shy to say we want to be finalists and win finals,” Tuchel said. “But we cannot simply expect to win every title that’s available, we shouldn’t be arrogant.

“We enjoy that we play for an ambitious club. This is a gift. The club sharpens the mentality of the players.”

Chelsea’s display was again so commanding that Tottenham offered little threat, aside from having two penalties and an equalizer correctly overturned by VAR.

That should trouble Antonio Conte, two months into his reign as Tottenham manager with a squad ill-equipped to win a first trophy since beating Chelsea for the 2008 League Cup.

Chelsea is into a 15th final since then, including the FA Cup won by Conte in 2018 to complete his two years in charge of Chelsea.

In the Feb. 27 League Cup final, the west London club will play Arsenal or Liverpool, who meet in their delayed first leg on Thursday. And there’s still a trip to the Club World Cup before then in February.

Such is the strength of the squad, Chelsea could deploy N’Golo Kante from the bench at Tottenham and leave Christian Pulisic and Kai Havertz as unused substitutes.

Despite the chance of using the second-tier competition to end Tottenham’s trophy drought, it wasn’t the strongest possible team deployed by Conte with an eye on Sunday’s north London derby against Arsenal and the bid to make the Premier League’s top four.

Captain Hugo Lloris was rested on the bench, with Pierluigi Gollini deputizing to make his first appearance in goal since an embarrassing loss to Slovenian minnow Mura in November.

The Italian could be faulted for the goal, flapping in the air as he missed the attempt to punch clear a corner from Mason Mount that went off the back of Rüdiger’s head into the net.

It was a calamitous way to concede, although not as farcical as Tottenham defenders being at fault for the first-leg goals.

“I think when you’re in a team like Tottenham, it’s important also to give chances to the keeper because the keeper, Pierluigi, showed to be reliable,” Conte said. “Then we have to play three games in seven days against Arsenal, Leicester and Chelsea again. I think that he deserved to have this chance and to play an important game.”

Now only the FA Cup can end Tottenham’s 14-year trophy drought. Chelsea also remains in contention in that competition as well as the Champions League but heads to Manchester City on Saturday sitting 10 points behind the Premier League leaders in second place.

In a rescheduled Premier League game on Wednesday, Jarrod Bowen scored twice to lead West Ham to a 2-0 victory over last-place Norwich, dislodging Arsenal from fourth, having played a game more.