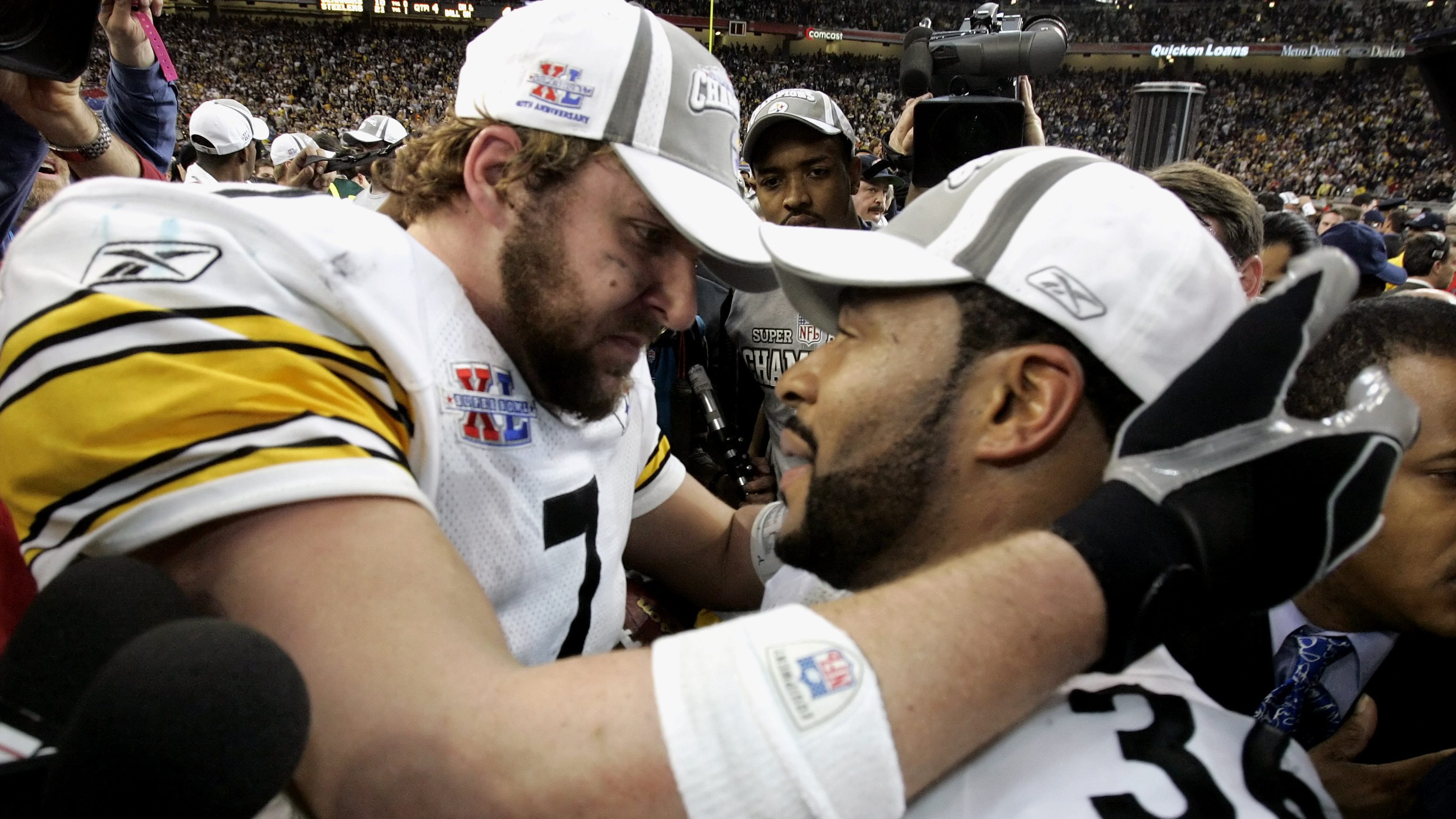 PITTSBURGH (AP) — There was no speech. No galvanizing moment.

There didn’t really need to be one.

The Pittsburgh Steelers knew the 2005 playoffs would be the last go-round for Jerome Bettis. The star running back didn’t need to point out the Super Bowl that year was in his hometown of Detroit. Or that a ring was the only thing missing on his Hall of Fame resume. Or that the pain from a loss to New England in the AFC championship game a year before provided the main motivation for “The Bus” to return for a 13th and final season.

Ben Roethlisberger was just 23 back then. A second-year quarterback in the nascent stages of a career that will almost certainly end with his bust being placed alongside Bettis’ in Canton, Ohio.

While the exact details of that run that started with a wild card-round win over Cincinnati and ended with Roethlisberger and Bettis embracing on the confetti-strewn Ford Field with the Lombardi Trophy in tow are foggy, the vibe pulsating through the locker room during that magical ride remains fresh.

“I wanted to go win for Jerome, because you know what he meant,” Roethlisberger said.

The better part of two decades later, the 39-year-old Roethlisberger finds himself in the same position — the franchise icon eyeing one last ride.

The symmetry is not lost on him. Like the 2005 Steelers, the 2021 version enters the playoffs as the AFC’s last seed. So the 2021 version also would need to navigate three road games to reach the Super Bowl; that starts Sunday in Kansas City when Pittsburgh (9-7-1) faces the surging AFC West-champion Chiefs (12-5).

Is this group trying to win one for Roethlisberger the same way the 2005 team did for Bettis? Roethlisberger, who has given every indication he will not return in 2022, believes they all want to win. He’s not sure how much his presence plays a part in that motivation.

The first of his two Super Bowl titles was a long time ago, even longer for the vast majority of a roster. Only a handful of players are in their 30s.

“These guys were what, in middle school or elementary school when that was going on?” Roethlisberger said with a laugh.

And while it would easy for Roethlisberger to lean into nostalgia, he’s well aware the circumstances between 2021 and 2005 only go so far. That group included four future Hall of Famers, an offense ranked in the top half of the league and a defense that finished third.

This group — with its minus-55 point differential, its rookie-laden offense and a defense that has gotten pushed around with alarming ease at times — is not like that one.

“I don’t want to take away from this team, but that was a pretty good football team,” Roethlisberger said. “We had some Hall of Famers on it and stuff. Not that we don’t have some really good football players here, but we have a long way to go to compare ourselves to that team in my opinion.”

A string of upsets, starting against the defending AFC champion and heavily favored Chiefs, would go a long way toward closing the gap. Kansas City drilled the Steelers at Arrowhead Stadium last month, and Pittsburgh head coach Mike Tomlin admitted his team got “smashed.”

Three weeks later Pittsburgh heads back as a 13-point underdog after a mixed bag of a regular season in which it rarely looked good, even in victory. Much of the year was a slog. Roethlisberger played behind an inexperienced and at times overwhelmed offensive line. The defense struggled to overcome the loss of nose tackle Tyson Alualu in Week 2, and the absence of defensive end Stephon Tuitt, who didn’t play a down after undergoing knee surgery over the summer.

“We probably are not a very good football team,” Roethlisberger said. “Out of 14 teams that are in, we’re probably at number 14.”

Probably. Yet Sunday night offers a chance, which is more than the 18 teams whose season is over can say.

There’s so much at stake personally for a team with so many unknowns heading into the post-Roethlisberger era. So the idea of winning for the only guy in the locker room who already has two Super Bowl rings is kind of outdated at best, quaint at worst.

“Everybody kind of knows what’s going on,” right guard Trai Turner said. “You know, we want to win it for him, for sure, 100%. And you want to win for yourself, you know? So that’s just added motivation. You know you’re going out there for a guy who gives his all.”

Even if there’s not much left to give. Roethlisberger came back in 2021 in part because he didn’t want his four-interception performance in a wild-card home loss to Cleveland last January to serve as the final snapshot of his singular career.

It hasn’t been pretty for long stretches. Once the ball kicks off Sunday night, it won’t matter. It’s difficult to imagine the Steelers winning one game, let alone four.

Then again, it was difficult to imagine Pittsburgh even getting into the playoffs after the Chiefs emasculated the Steelers the day after Christmas. Here they are anyway, led by a quarterback whose best days are long gone but who hopes his message about embracing the moment resonates long after he’s gone, whenever that time comes.

“We’re just going to go out and play carefree,” he said, “and whatever happens, happens.”