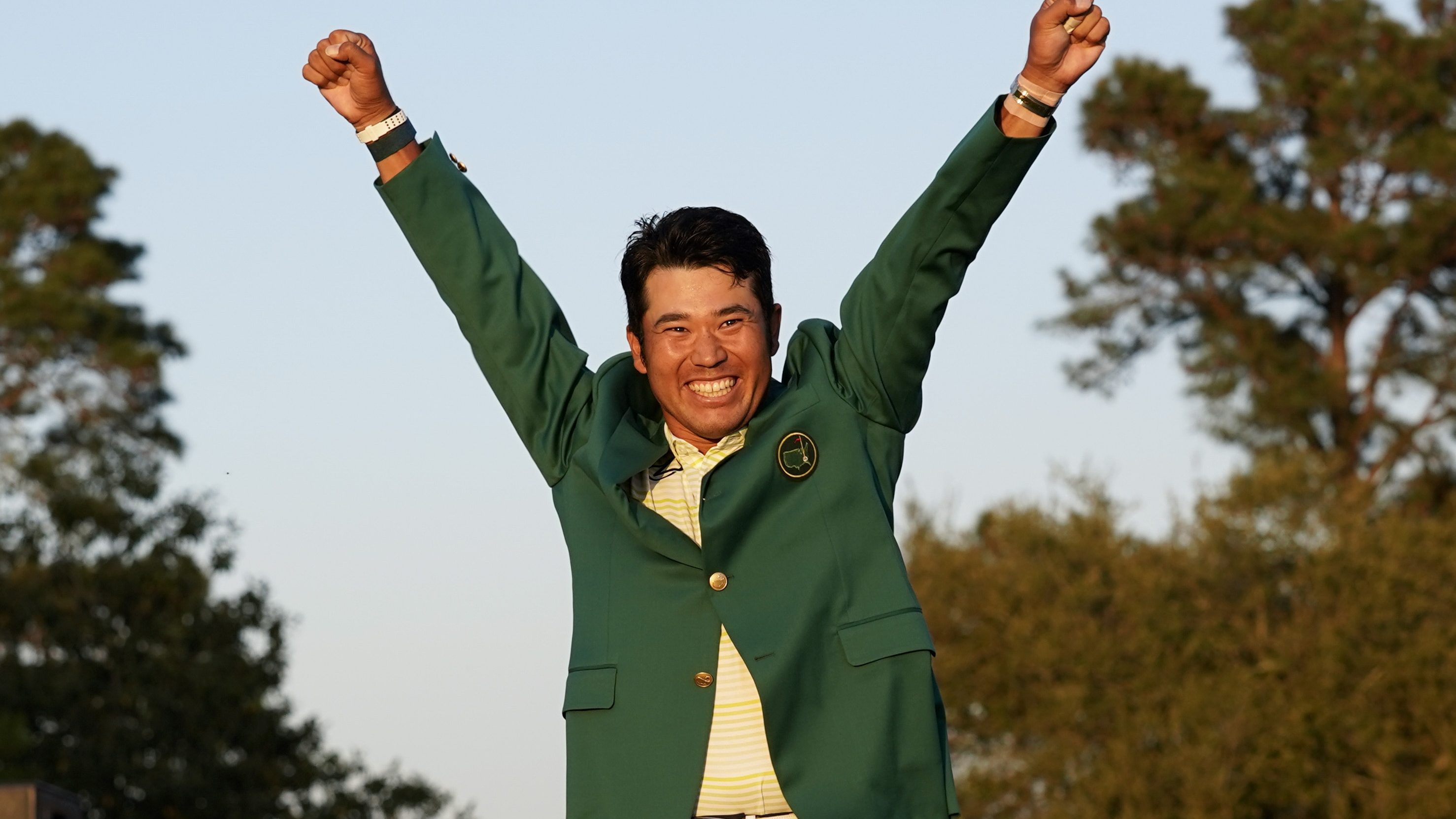 HONOLULU (AP) — The Monday morning of the first Japan Golf Tour event of the year was no time to be anywhere except in front of a television.

That’s where Takumi Kanaya and Keita Nakajima could be found in Nagoya last April, each captivated by images of Hideki Matsuyama winning the Masters to become the first Japanese player in a green jacket.

“I was simply watching the telecast and cheering him on in the hotel prior to the tournament that I was playing in, and I was very inspired by his win,” Kanaya said through an interpreter Tuesday at the Sony Open.

“No sleep,” Nakajima added in English with a smile. “Very excited.”

That week after Matsuyama became a Masters champion, Kanaya certainly played inspired golf. He won the Token Homemate Cup for his second title as a pro in just his sixth start on the Japan Golf Tour. Nakajima finished one shot behind.

Kanaya previously won in Japan when he was the No. 1 amateur in the world.

Nakajima was a sophomore in college when he finished second to Kanaya, and now he is the No. 1 amateur in the world. Nakajima also won on the Japan tour as an amateur, at the Panasonic Open, before capturing the Asia-Pacific Amateur.

Both are at the Sony Open this week on sponsor exemptions, and both consider Matsuyama a major source of motivation.

“First and foremost, his playing is second-to-none, and not only me but a lot of the Japanese players have been inspired to play well on U.S. soil,” Kanaya said.

Matsuyama is also in the field at Waialae, a precursor to when the three Japanese stars — all of them having reached No. 1 in the amateur ranking and Asia-Pacific Amateur champions — meet again at Augusta National in April for the Masters.

Nakajima earned his spot by winning the Asia-Pacific Amateur.

Kanaya, who made the cut at the Masters in 2019 as an amateur, earned a return trip to Augusta National by closing with a 66 in the final Japan event of last year to finish third, enabling him to move into the top 50 in the world.

Their mentor, Matsuyama, is the Masters champion.

“Hopefully, I’ll be a pioneer and many other Japanese will follow,” Matsuyama said when he won the Masters. “I’m glad to be able to open the floodgates, hopefully.”

Matsuyama’s influence began before he became a Masters champion. He has won a pair of World Golf Championship events, in Ohio and Shanghai, among his seven PGA Tour victories to go with eight titles on the Japan Golf Tour.

He chose to stay at Tohoku Fukushi University all four years to get his degree before turning pro, the path Kanaya followed.

Kanaya won the Taiheiyo Masters while in college and said, “Hideki told me to win at professional tournaments. I am so glad that I can report great news.”

The ultimate destination is play the PGA Tour, just like Matsuyama, and the Sony Open is a good opportunity for Kanaya. He also is playing Abu Dhabi and Dubai as part of the Middle East swing through the European tour, with hopes of staying in the top 50 to get in more U.S. events ahead of the Masters.

“When I was there playing as an amateur, I was simply there for the experience,” Kanaya said. “But this year, playing as a professional, the Masters will be a key event for me to earn the card for PGA Tour or European tour.

Nakajima, already with a strong build and a deep commitment, is finishing up his junior year at Nippon Sports Science University. He is expected to turn pro after playing the Masters, U.S. Open and British Open — he is exempt as the No. 1 amateur — and the World Amateur Team competition in France later this summer.

Nakajima prefers to speak English, even as it’s a struggle at times to find the right words, but it reflects the deep commitment he has to golf and where he believes he is going. In the shower, he is known to practice victory speeches in English.

He played 10 pro events in Japan last year, including his win at the Panasonic Open and a tie for 28th in the Zozo Championship, a PGA Tour event that Matsuyama won.

Nakajima considers Matsuyama to be as big of a star in Japan as Shohei Ohtani of the Los Angeles Angels, the American League MVP and the AP Male Athlete of the Year.

“He’s a superstar in Japan,” Nakajima said. “I want to I want to catch up to Mr. Hideki and Mr. Takumi, as well.”

The Sony Open, for now, is a good starting point for them.