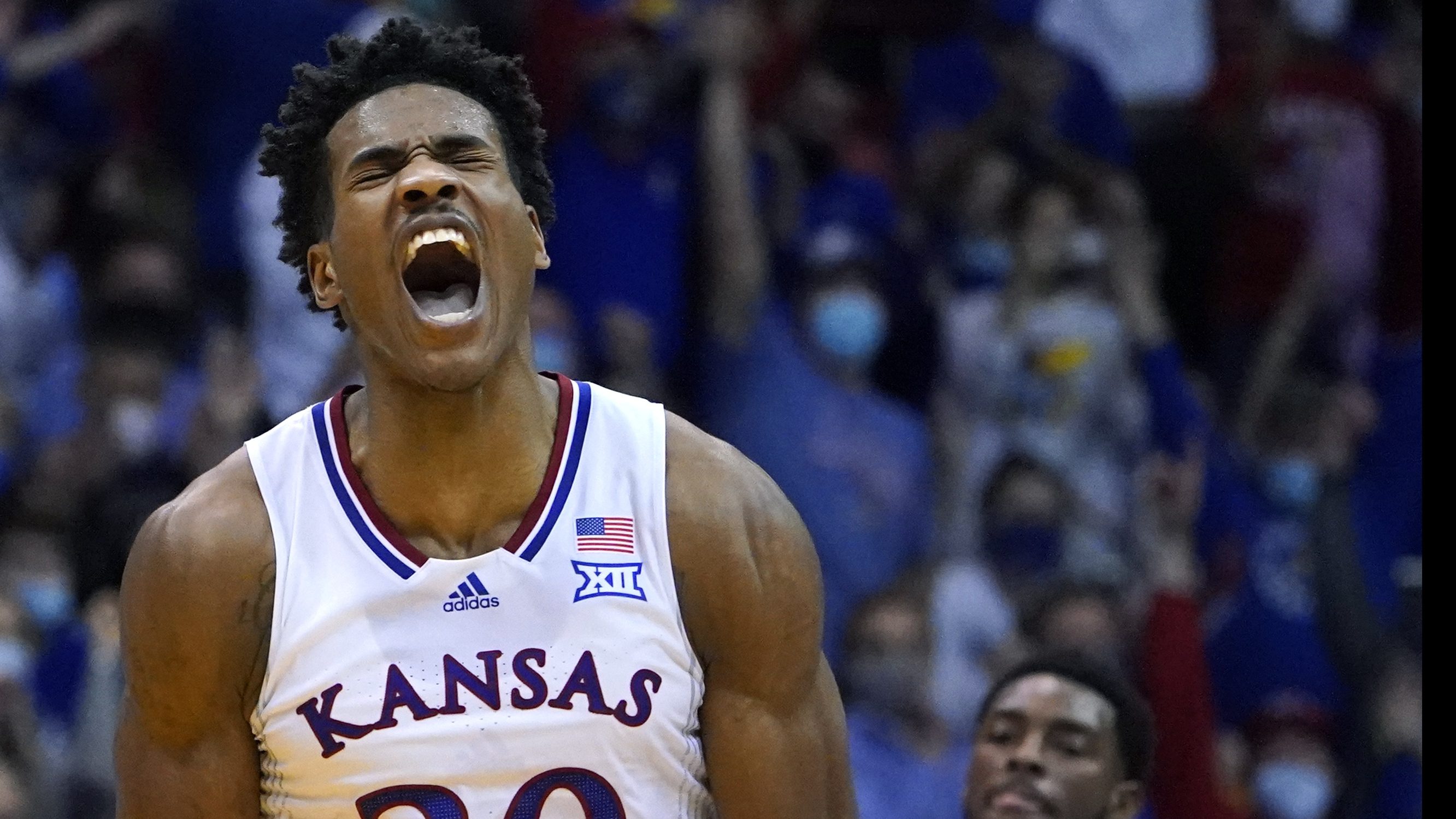 LAWRENCE, Kan. (AP) — Ochai Agbaji arrived at Kansas as a lightly regarded three-star prospect whose list of scholarship offers included Colorado State, Northern Iowa and a host of other mid-majors along with the Jayhawks and a couple other Power Five schools.

He will leave after this season as a potential first-round NBA draft pick.

The 6-foot-6 swingman from suburban Kansas City has been one of the biggest revelations of this season, helping the No. 9 Jayhawks to a 13-2 start that includes wins over Michigan State and Iowa State. Along the way, Agbaji has pumped up his scoring to more than 20 points per game, thanks primarily to an outside shot that’s among the best in the nation.

“Really my main focus has been consistency, focusing on that more than anything,” Agbaji said. “Not going out with a total in mind for points or anything like that. Just being assertive and consistent.”

Want consistency? Agbaji has scored at least 10 points in every game this season, and he has nine games of at least 20 points. That includes a 29-point outburst against the Spartans and 22 in a 62-61 nail-biter against the Cyclones.

Agbaji declared for the draft after last season, but mostly it was to get feedback from NBA scouts. He knew that he’d be a second-round choice at best.He returned to Kansas for his senior season, and so far he’s made the most of it, sending his stock soaring with just a couple months left until March Madness.

“I don’t know that I envisioned him being one of the leading scorers in the country,” Kansas coach Bill Self, “but he prepared himself to have a good year. He’s playing with confidence. I think the first game (against Michigan State) did wonders for his overall confidence, and he’s playing well. He’s not forcing anything and playing within himself, and he’s very efficient.”

STRENGTHS: His ability to catch and shoot in rhythm is excellent, particularly from beyond the arc, but he’s also strong enough to finish through traffic at the rim. He also is an excellent and willing defender. Agabji also is fiercely competitive and has no problem with taking important shots late in the game.

WEAKNESSES: Agbaji’s ability to shoot off the dribble and create his own shot is still a work in progress, and he hadn’t shown enough consistency until this season. He also could be more vocal on the floor, mostly choosing to lead by example.

DRAFT PROJECTION: Middle of the first round.

Some other NBA prospects around the Big 12:

KENDALL BROWN, Baylor: One of the best small forward prospects in the country, Brown is extremely athletic and great in transition and on defense. There are times he is too passive on offense, and at 6-foot-6 he needs to better utilize his leaping ability to gather rebounds, but Brown is almost certain to be a lottery pick in the draft.

CHRISTIAN BRAUN, Kansas: The 6-7 swingman has gone from an inconsistent spot-up shooter to an all-around problem for opposing defense. Braun’s averaging more than 16 points while shooting 34.7% from beyond the arc, and he’s far stronger than he looks, giving him the ability to finish at the rim.

TERRENCE SHANNON JR., Texas Tech: Shannon’s dunking ability is on another level, but his outside shooting has yet to develop. He’s more of a pure wing who can slash to the basket, while his ballhandling and defense are above average.