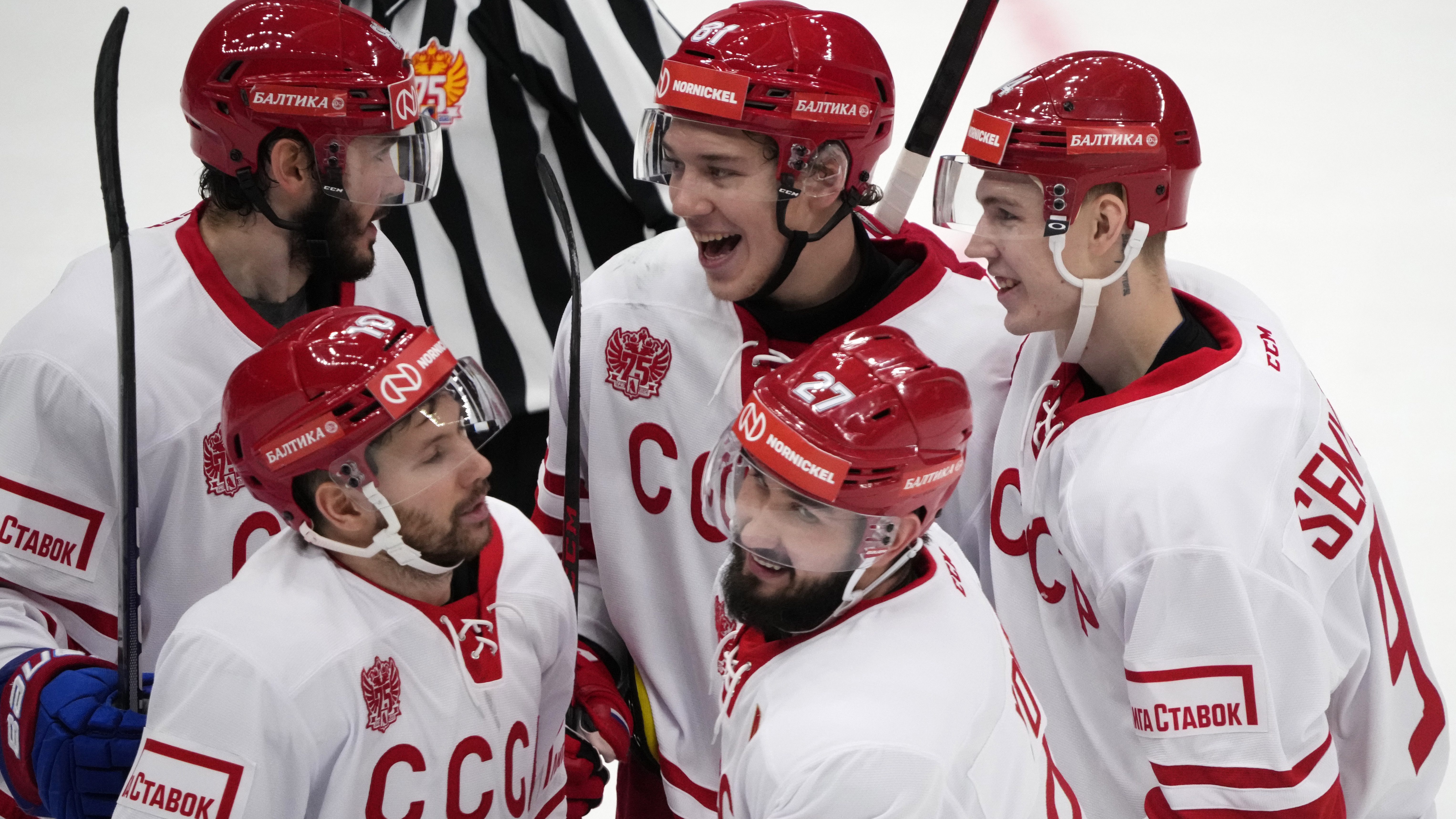 When the National Hockey League and its players agreed to pause the season and participate in the 2022 Winter Olympics, it came with the caveat of pandemic conditions not making it impractical to go to China.

Seven weeks before puck drop at what was supposed to be the first Olympics with NHL players since 2014, the league pulled the plug amid a rash of postponements for coronavirus-related reasons. Instead of getting the world’s best on Olympic ice for the sixth time since 1998, the tournament will now feature players from the college ranks in the U.S., professional leagues across Europe and the minors in North America.

The Russians are again favored to win gold after beating Germany in the 2018 final, thanks to the talent coming from the home-based Kontinental Hockey League that will shut down for the Olympics. The lack of NHL players throws even more uncertainty into the competition and the U.S., Canada, Finland and Sweden are all thinking they have a realistic chance of winning.

“You look at the 2018 Olympics, it was just very competitive — there was a lot of parity,” U.S. coach David Quinn said. “The Russians are perceived to be the team with a leg up on everybody just because of the KHL, but they had a hard time (four years ago) with Germany in the gold-medal game. I just think it’s going to be a very, very competitive tournament.”

Canada will not have Connor McDavid, Sidney Crosby and Nathan MacKinnon on the same team for the first time as it attemps to win its third gold in the last four Olympics. But the hockey-crazed nation does have a legitimate shot to win thanks to some players with recent NHL experience.

Eric Staal is by far the most experienced and accomplished player expected to take part in the tournament: a veteran of almost 1,400 NHL games who played for Montreal in the Stanley Cup Final last summer. He is already one of just 29 players in the Triple Gold Club as winners of the Stanley Cup, an Olympic gold medal and world championship gold medal.

Staal could wear the “C” as Canada’s captain 12 years after the home ice triumph at the Vancouver Olympics that was capped off by Crosby’s famous golden goal to beat the U.S. in overtime.

Other recent NHL players expected to play for Canada include goaltender Devan Dubnyk, defenseman Jason Demers and forward Eric Fehr. Former Canadiens coach Claude Julien is expected to be behind the bench.

The U.S. is hoping a balance of young college stars and experienced pros in the American Hockey League and Europe adds up to its first Olympic men’s hockey medal since 2010.

That means the likes of North Dakota’s Jake Sanderson and Michigan’s Matty Beniers playing alongside recent former NHL players Kenny Agostino, Steven Kampfer and Aaron Ness. That’s a far cry from Auston Matthews, Patrick Kane and Seth Jones sharing the ice in what the Olympics were supposed to look like, but the expectations are still high internally.

“We’ve got good players all over, whether in the NHL or college hockey: I think we’re going to have a good team,” Sanderson said. “We just got to go there, give our best and expect the best.”

The Russians in 2018 were an All-Star team compared to the rest of the tournament, with soon-to-be Hockey Hall of Famer Pavel Datsyuk and longtime NHL sniper Ilya Kovalchuk skating with two-time Cup champion Slava Voynov and now-Minnesota Wild star Kirill Kaprizov.

The 2022 team isn’t as star-studded, but Voynov is back, along with KHL leading scorer Vadim Shipachyov and former NHL forward Mikhail Grigorenko.

After getting shut out of medals in the five Olympics with NHL players — despite Alex Ovechkin, Evgeni Malkin and the tournament on home ice in 2014 — no country benefits more from the NHL not showing up than Russia. The team is looking to win consecutive gold medals for the first time since three in a row from 1984-1992. It will compete as the “Russian Olympic Committee,” part of sanctions for various doping-related issues across multiple sports.

China will take part in men’s hockey at the Olympics for the first time as the host country. The team is made up of some homegrown talent and “heritage” players from the U.S., Canada and elsewhere who signed up years ago to represent China in this tournament.

“One of the advantages that we’ve had is the core group of us have been together for five years, so we have pretty good chemistry,” Yip said. “We think that’s going to be a big advantage over the other teams.”

Finland probably stands the best chance of pulling off an upset, thanks to a team-first style that relies on good goaltending and structure. Recent NHL players Sami Vatanen, Leo Komarov, Markus Granlund and Valtteri Filppula also give Finland a major boost of talent.