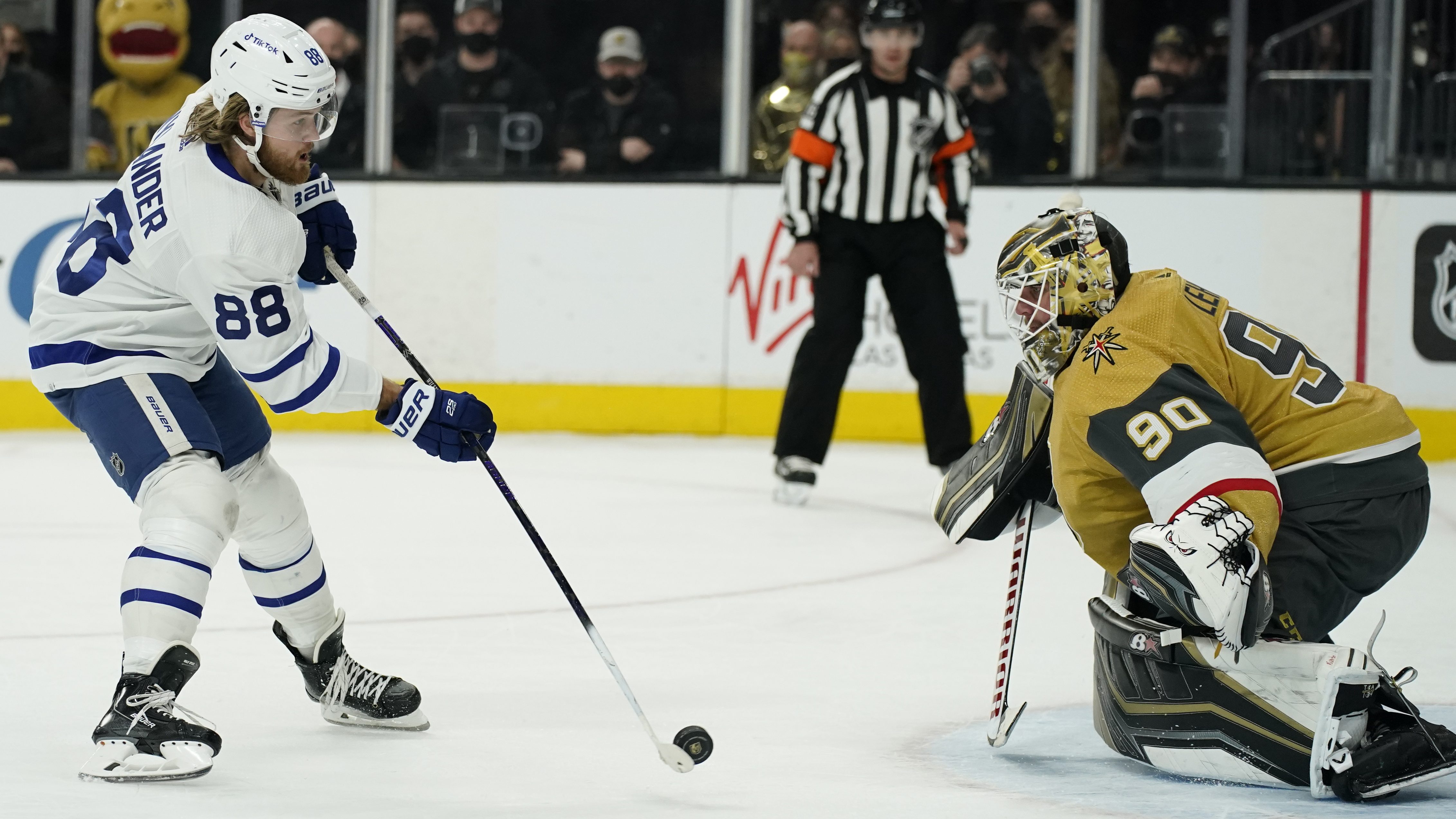 LAS VEGAS (AP) — William Nylander scored in regulation and got the winner in a shootout as the Toronto Maple Leafs beat the Vegas Golden Knights 4-3 on Tuesday night.

Auston Matthews and Ilya Mikheyev also scored in regulation as as Toronto improved to 5-0-1 on a six-game point streak, and 21-4-2 since opening the season 2-4-1. Jack Campbell made 31 saves.

Keegan Kolesar, William Karlsson and Alex Pietrangelo scored for the Golden Knights. Robin Lehner stopped 15 shots for Vegas, which has now lost four of its last five games — all at home.

In the tiebreaker, Cambell denied attempts by Evgenii Dadonov, Chandler Stephenson and Jonathan Marchessault, and Lehner stopped Jason Spezza and Matthews before Nylander scored for the win.

Trailing 3-1 after two periods, Vegas climbed back into the game thanks to extra work by Reilly Smith’s forechecking behind the net. A loose puck squirted in front and Karlsson was there clean things up as he came around Campbell and fired home the backhand at 1:34 of the third.

Pietrangelo tied it during a 5-on-3 late with 8:12 remaining in regulation, exciting the announced crowd of 17,911.

The Maple Leafs wasted no time in getting on the board, as Morgan Reilly’s pass down the center of the ice freed Nylander, who skated in and used a wicked deke on Lehner before firing the puck into the net for his 16th of the season to give Toronto a 1-0 lead 1:24 into the game.

Kolesar got his first-ever career power-play point when he smacked home a rebound off the post from the doorstep, tying the game with 7 minutes to go in the period.

Toronto went ahead midway through the second period when Ondrej Kase gathered the loose puck and fed Michael Bunting, who then found Matthews at the side of the net for an easy tuck away for his 23rd with 8:17 remaining.

The Maple Leafs pushed their lead to two goals with 3:14 remaining in the second when Wayne Simmonds’ shot bounced off the end boards and right to Mikheyev for the rebound redirect.