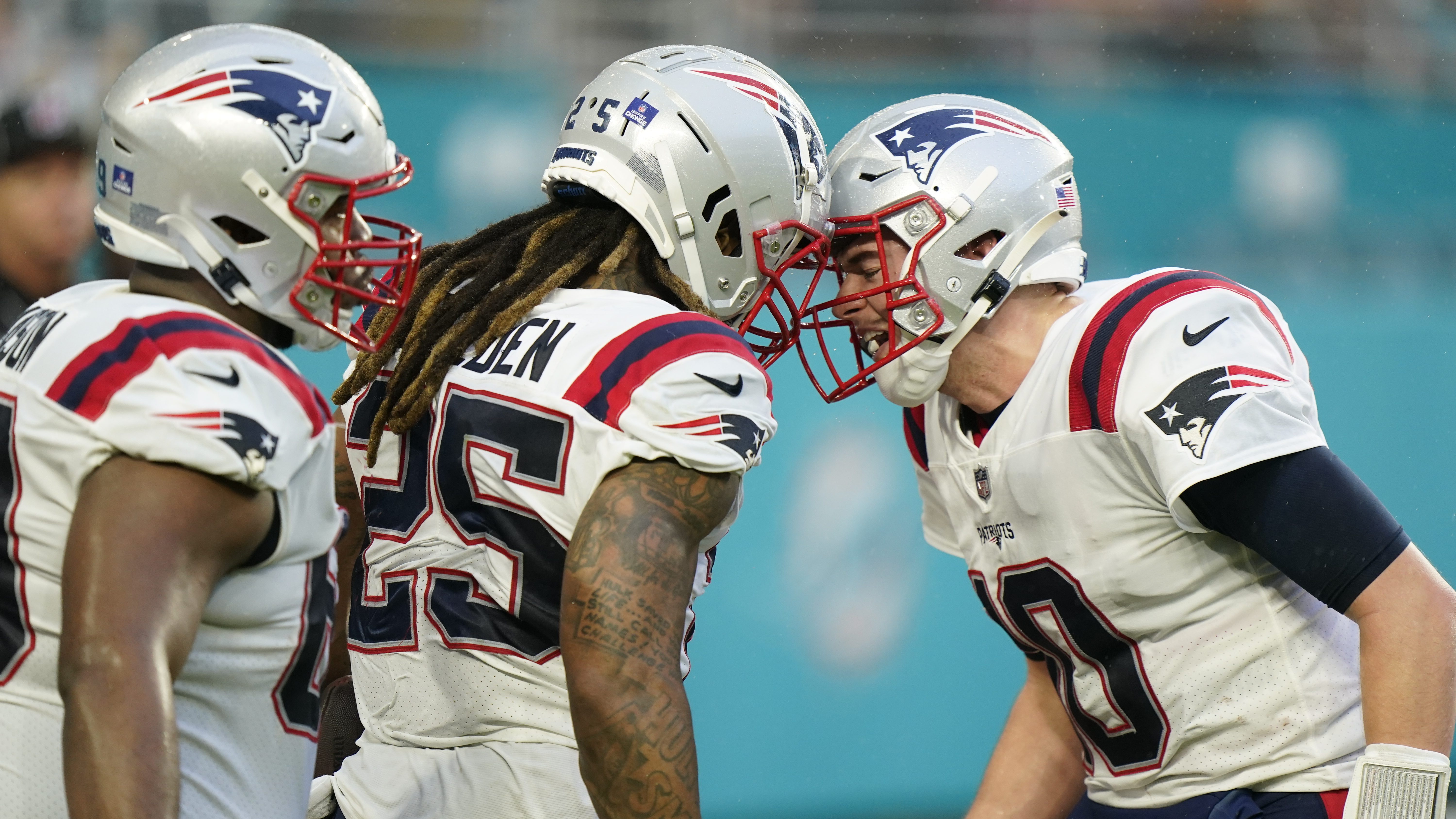 FOXBOROUGH, Mass. (AP) — Throughout his first NFL season, Mac Jones has been a walking billboard for “The Patriot Way” — keeping his head down, working hard and trying only to do what’s asked of him to avoid self-inflicted mistakes.

It has brought successes, such as him leading all rookie quarterbacks this season in wins (10), yards passing (3,801) and touchdown passes (22). Yet, it hasn’t kept him entirely immune from the ebbs and flows that inevitably befall every rookie QB.

For Jones, that has meant enduring a 2-4 start, enjoying the spoils of a seven-game win streak and then struggling through three losses in New England’s final four games to end the regular season.

It also added up to him helping lead the Patriots back into the postseason for the first time since Tom Brady’s departure following the 2019 season.

While Jones acknowledges the stakes will be higher Saturday when the Patriots travel to Buffalo for their wild-card matchup with the Bills, for him it’s a reminder to cling to the blueprint that has gotten him to this point.

“I think it’s all about doing a little bit more, but you’ve got to stick to what you know and you just have to prepare how you always have, regardless of the situation,” Jones said.

Of 19 rookie quarterbacks taken in the first round of the draft since 2013 (with a minimum 10 starts), Jones is the first to finish the season with a winning record. As the only first-round rookie QB headed to the postseason in 2021, he’ll also have a chance to become the first rookie QB since Russell Wilson (third-round pick in 2012) to win a playoff game. He’d be the first New England rookie quarterback to do so.

“He just continues to work at everything,” Patriots offensive coordinator Josh McDaniels said. “I don’t think there’s one area where I could say, ‘Boy, that was the biggest area of growth or improvement.’ I think Mac takes in a lot of information. … Mac is a guy who if you give him five or six things to work on and tweak and improve, he really takes all those things and tries to do the best he can with the practice time we have and what we’ve asked of him.

“So he continues to do that.”

As much as Jones has been a model for the machine-like culture the Patriots have cultivated during coach Bill Belichick’s two-decade tenure, Jones has also thrived because of the support he has gotten from his teammates.

From veterans to fellow first-year players, the Patriots have rallied around him since he beat out Cam Newton for the starting job in training camp.

Belichick has praised Jones throughout the season and paid him another compliment Wednesday saying he had been “consistent and done a good job for us all year.”

Even after the Patriots fell into a 14-0 hole in their regular-season finale at Miami and ultimately lost 33-24, veteran running back Brandon Bolden said the way Jones responded late in the game to rally team was an example of how he has attacked the entire year.

“A hell of a football player. He didn’t quit. He stayed in the game the entire time,” Bolden said. “And coming from a young quarterback or a rookie quarterback, that’s what you love to see. And it’s easy to get up and play for a guy like that.”

No stranger to big stages having won a national championship his final season at Alabama, Jones said he plans to embrace the pressure of his first playoff game as well.

“It is another game, but there is more at stake and you have to realize that,” Jones said. “There’s not a lot of room for error. That’s kind of what makes it fun. It’s more pressure. … You prepare well, you feel comfortable and then at that point you go play the game you’ve played since you were little.”