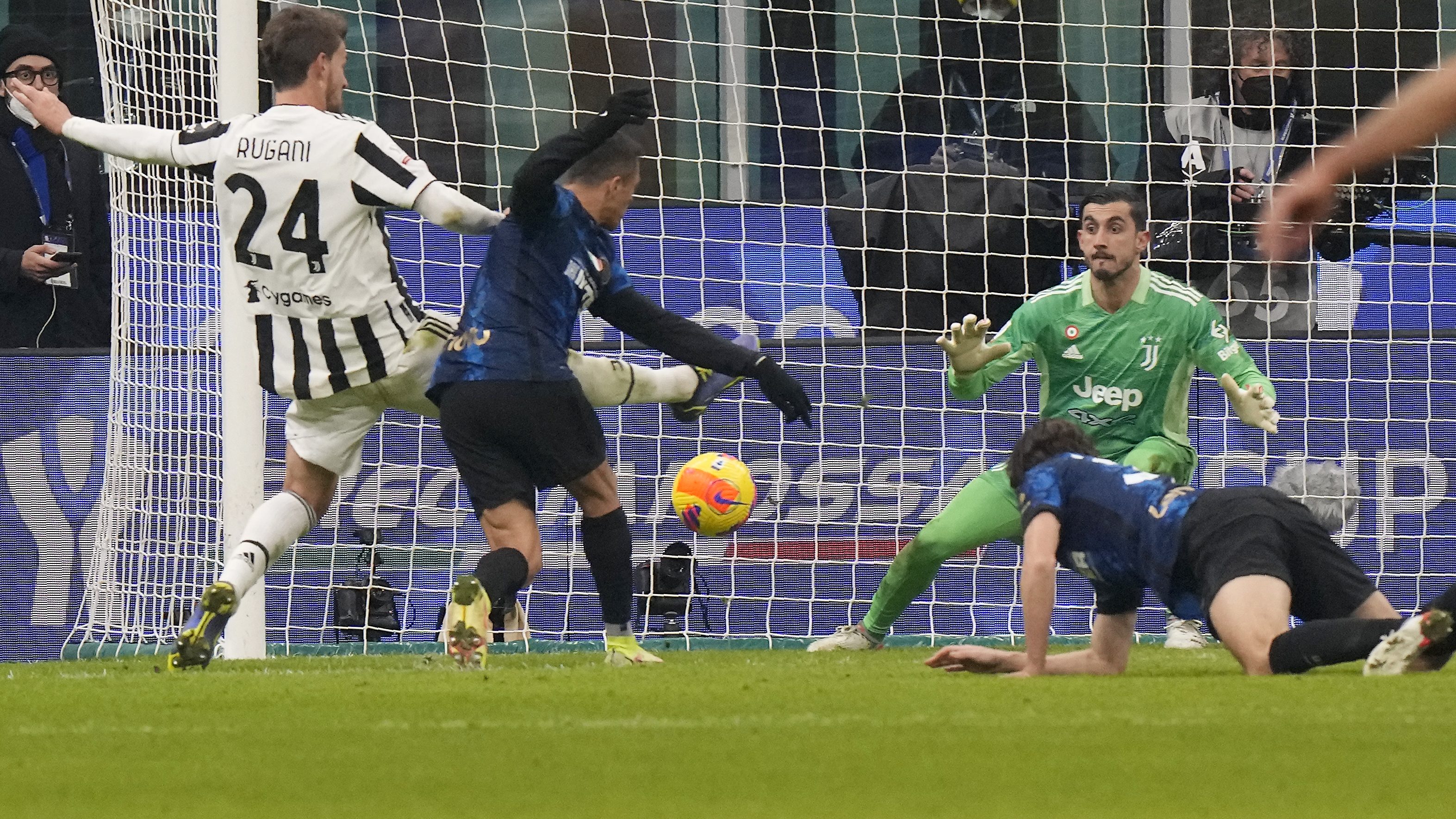 MILAN (AP) — Alexis Sánchez scored with practically the last kick of the match to help Inter Milan win the Italian Super Cup with a 2-1 victory over bitter rival Juventus after extra time on Wednesday.

Sánchez’s goal, helped by an error from the Juventus defense, sparked scenes of wild celebration at San Siro as almost every member of the Inter bench ran onto the field to embrace Sánchez in the far corner.

Lautaro Martínez had converted a penalty in the first half to cancel out American midfielder Weston McKennie’s opener for Juventus in an entertaining game for the first piece of silverware of the season.

Defending champion Juventus has a record nine victories in the Italian Super Cup. But this was the first time since 2012 it qualified for the game as Italian Cup winner rather than league champion after it saw its run of nine successive Serie A titles ended by Inter and former coach Antonio Conte last season.

Inter leads Serie A again, 11 points ahead of Juventus, which had a difficult start to the season.

Inter coach Simone Inzaghi extended his impressive record against Juventus in the Italian Super Cup, having won both of his previous matches in the competition against the Bianconeri when he was in charge of Lazio in 2017 and 2019.

Juventus was without a number of players through injury and suspension, while goalkeeper Wojciech Szczęsny was on the bench as he has only recently had his second dose of the vaccine against the coronavirus and so was not be able to come into contact with his teammates until shortly before kickoff because of new rules that took effect in Italy on Monday.

Inter wasted several chances to take the lead in the opening 10 minutes. The Nerazzurri also thought they should have been awarded a penalty when Nicolò Barella was shoulder barged by Giorgio Chiellini but, after a swift check with the video assistant referee, play continued.

Inter goalkeeper Samir Handanovič was so much of a spectator in the opening quarter of an hour that he resorted to doing some jumping jacks in the middle of his own half to try and keep warm on a chilly night at San Siro.

But Inter was made to pay for its profligacy when, following a series of crosses, Álvaro Morata floated the ball back in for McKennie to head into the far side of the net.

However, Inter did get a penalty shortly after.

Juventus defender Mattia De Sciglio tried to clear the ball but didn’t realise Edin Džeko was running up behind him and brought down the Inter forward. Martínez blasted the penalty into the top right corner.

Juventus almost restored its lead right at the start of the second half but Federico Bernardeschi fired just wide of the right post.

Inter went even closer on the hour mark as Denzel Dumfries’ header from Hakan Çalhanoğlu’s cross appeared to be going in but Mattia Perin managed to palm it onto the frame of the goal.

Perin also made a good save to keep out Martínez’s header from close range.

Just as the match was heading for penalties, Juventus gifted Inter the winner. Bianconeri defender Alex Sandro tried to chest the ball to Chiellini but gave Matteo Darmian a chance to flick it on for Sánchez to fire home.

Atalanta became the first team to qualify for the Italian Cup quarterfinals as it beat Venezia 2-0.

Gian Piero Gasperini’s side will face either Fiorentina or Napoli in the final eight.

Luis Muriel gave Atalanta the lead in the 11th minute with a contentious goal that was given after a long VAR check to see if he controlled the ball with his arm.

Atalanta also hit the woodwork twice and Venezia had a goal ruled out before Joakim Mæhle sealed the win two minutes from time.