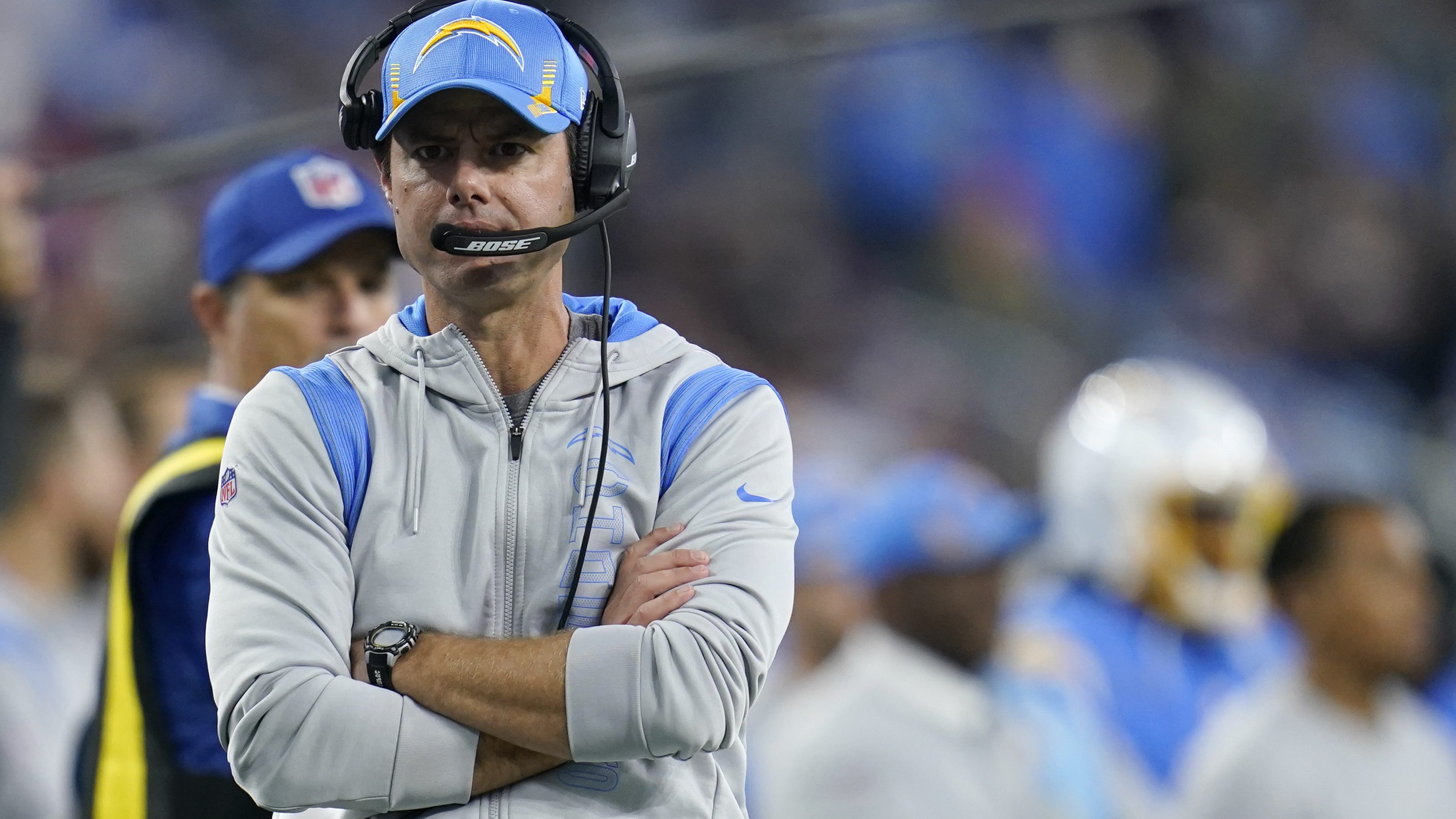 COSTA MESA, Calif. (AP) — Brandon Staley gave his Los Angeles Chargers players something to think about when they held their final meeting of the season Monday — “all endings are beginnings.”

Even though the Chargers missed the playoffs in heartbreaking fashion with a 35-32 overtime loss to the Las Vegas Raiders on Sunday, Staley feels as if the foundation has been built after a 9-8 campaign in his first year at the helm.

“I feel like this season was the end of something really special, and now it’s the beginning of something special,” Staley said Wednesday. “I think that these guys have a true belief system. I think that we’ve created something that’s built to last. I think that it’s going to get better with time. Now, we know where we need to go as a team and we’re excited to get that beginning started.”

Staley and the Chargers opened 4-1 and struggled the rest of the way. After a three-game winning streak in early October, the Bolts won back-to-back games once the rest of the season and dropped three of their last four.

Staley has faced second guessing by many over decisions made in two games late in the season that resulted in overtime losses. He passed up field goals in two goal-to-go situations against Kansas City on Dec. 16. In the season finale against Las Vegas, he went for it on fourth down deep on his side of the field and also called a timeout in the final minute of overtime when it appeared the Raiders were out of field goal range.

Los Angeles was 22 of 34 on fourth down this season. The 22 successful conversions is the most since the league started keeping track in 1991. Staley also has been transparent and accountable in why those decisions were made, whether or not they were successful.

“What we’re trying to do is give our team the best chance to win. I think that we’ve been transparent about our process and owning the mistakes, if they happen. Sometimes it’s not going to go down, but you can be proud of your process,” he said. “I feel like we have an identity that we believe in. I feel like a lot of the decisions that are being second-guessed, some of those same decisions, they gave us a huge opportunity to be in the hunt.”

Staley and general manager Tom Telesco will have many tough decisions during the offseason, with upgrading the defense being a priority. Staley directed the Rams’ top-ranked defense in 2020 while the Chargers were 23rd in total defense, allowed the third-most yards rushing and tied for third-most points allowed.

Staley called the defense during games and anticipates having the same structure next season.

“Any time you’re the head coach and the play-caller, there’s going to be more that’s required of you, but I also think that brings out the best in you. I feel like you have to look at that process over results,” he said. “You’re always improving and that’s what is going to happen here in all phases. I feel like in managing both of those jobs that you’re talking about — being present with the team and and coordinating the defense, I know I was able to do both at a high level and the best that I was capable of. I know that I’m going to improve a lot more in season two.”

Staley said that he will meet with his assistant coaches over the next week, but hasn’t indicated if any major staff changes are forthcoming.