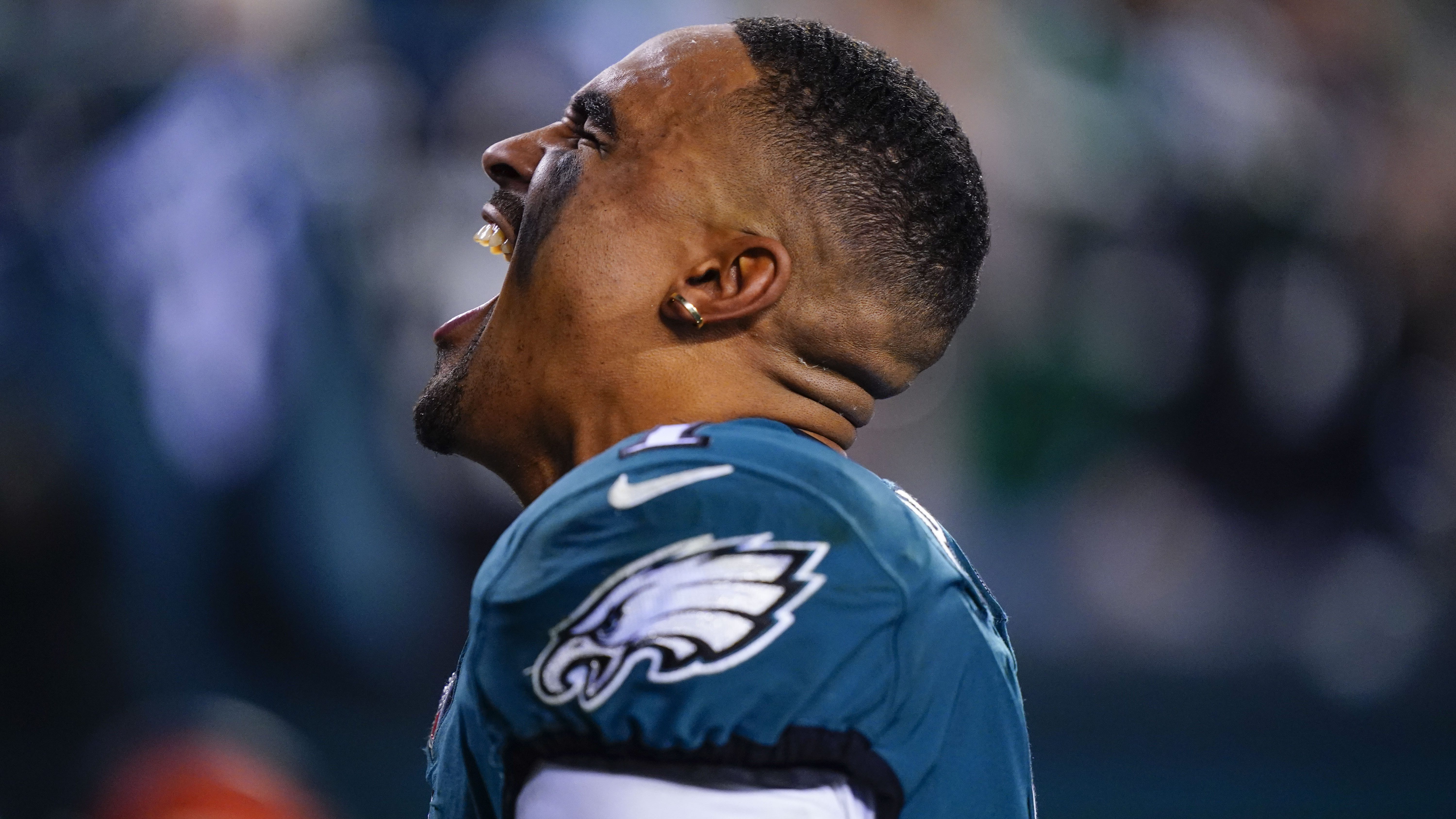 PHILADELPHIA (AP) — The Philadelphia Eagles are a better team than the one that lost to the Tampa Bay Buccaneers in Week 6.

Still, there are plenty of reasons why the defending Super Bowl champions are 8 1/2-point favorites in Sunday’s NFC wild-card game. High among them is the fact the Bucs easily handled the Eagles in the team’s first matchup.

The loss led to a shift in offensive strategy for the Eagles. They lost again at Las Vegas the following week to fall to 2-5, but went 7-2 afterward to secure a playoff berth before resting starters last Saturday night in a 51-26 loss to Dallas.

“Looking at that last (Tampa) game, I feel like it’s not really the same team that we’ve got now. Players-wise, it’s pretty similar, but the way we attack teams is completely different,” tight end Dallas Goedert said Wednesday.

Goedert and right tackle Lane Johnson both missed the game in October; the Bucs were without tight end Rob Gronkowski.

“It started to turn in that (Las Vegas) game, as far as who we were and what we were doing,” coach Nick Sirianni said.

Sirianni said he and his staff used the extra days after the Tampa game to rethink their approach, building around a dominant offensive line and committing to the run. The Eagles ended up with the No. 1 rushing attack in the NFL, at 159.7 yards per game.

Against the Bucs, quarterback Jalen Hurts made plays with his legs (10 carries, 44 yards), but Miles Sanders was the only Eagles running back who saw the ball. He ran nine times for 56 yards. Just one of Sanders’ carries came in the first half.

Hurts, who at 23 will become the youngest quarterback to start a playoff game for the Eagles, showed signs of maturing as a passer down the stretch of his second season. He threw for only 115 yards against the Bucs, compiling a 55.8 passer rating that was his second-lowest of the season. Hurts’ last three appearances of the season featured passer ratings of 110.4, 102.5 and 90.9.

“It comes with time,” Hurts said. “It comes with communication, and getting on the same page with everybody around you, coaches included. It’s been a process.”

Hurts wasn’t interested in discussing the fact he was only 3 when Brady made his playoff start. Hurts appeared in four national college playoffs at Alabama and Oklahoma.

“I’ve been on some very big stages,” said Hurts, who didn’t remember the first time he watched Brady play.

Middle linebacker T.J. Edwards said the Eagles “obviously respect (Brady) and who he is … but it doesn’t mean we’re scared, or anything like that. … When you make it bigger than what it is, that’s when mistakes and stuff happen.”

That last point was one Sirianni said he saw the late Kobe Bryant make in a video of the NBA Hall of Famer talking to his hometown Eagles in 2017 when Philadelphia went on to beat Brady and the Patriots in the Super Bowl.

When Sirianni’s assistant, Tyler Scudder, showed Sirianni the video of Bryant this week, Sirianni said he was struck by how the message dovetailed with what five-time Pro Bowl center Jason Kelce had just told him.

NOTES: The Eagles held a walkthrough instead of a practice, so their injury report was an estimate. Among those who would have been “limited” were starting guards Landon Dickerson (thumb) and Nate Herbig (ankle) and Sanders (hand) … Asked what makes it tough to block Bucs DT Vita Vea, Kelce said: “He’s enormous, he’s fast and he’s smart.”