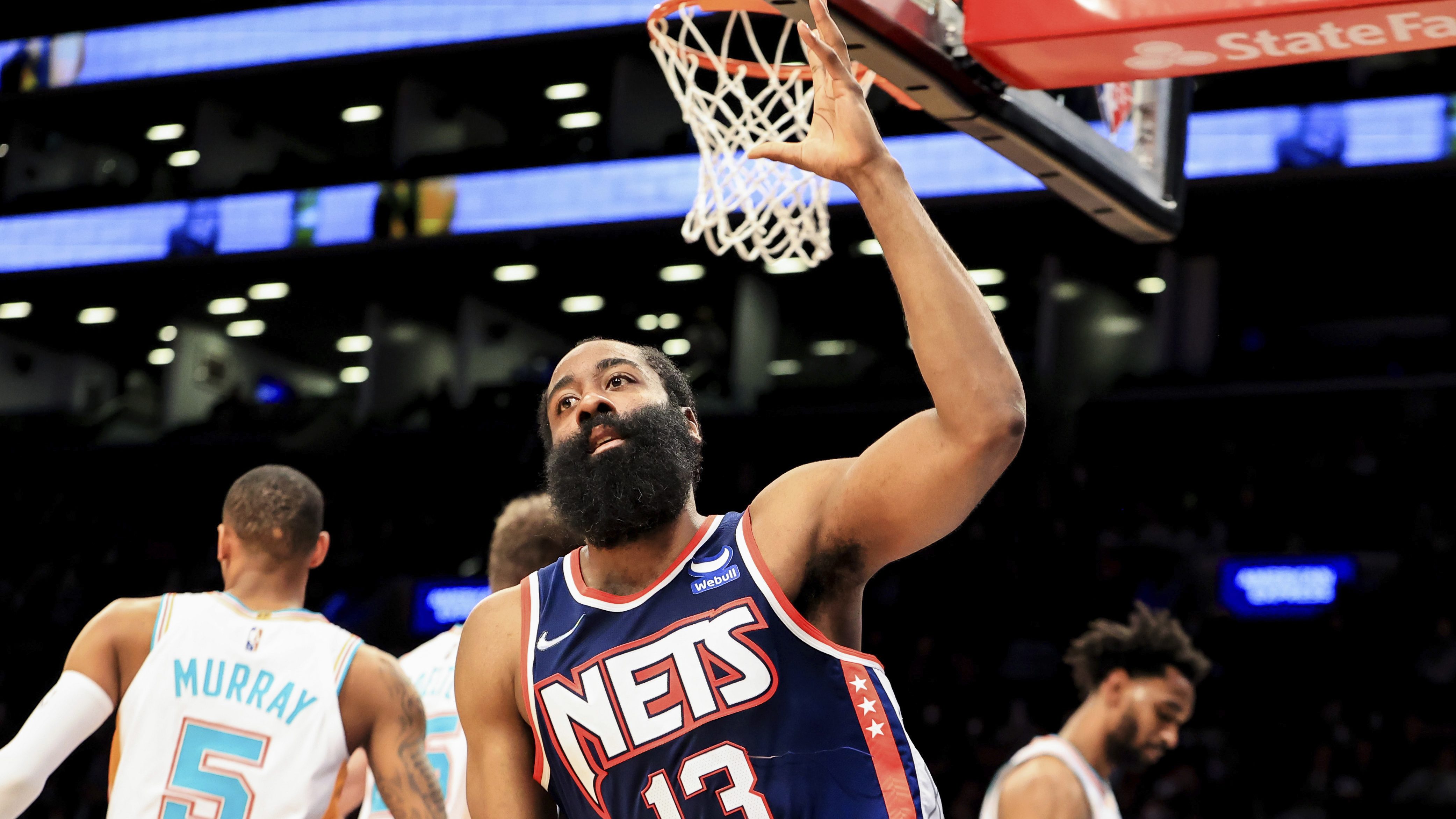 CHICAGO (AP) — The Brooklyn Nets will have all three superstars available for just the second time this season when they meet the Eastern Conference-leading Chicago Bulls on Wednesday night.

James Harden was ready after missing a game because of a hyperextended left knee. So was Kyrie Irving after a sprained left ankle threw his status into question.

With those two joining Kevin Durant, the Nets were set to get a rare look this season at their Big Three in a showdown against the East’s top two teams.

“It’s really early,” coach Steve Nash said. “But anytime those three get on the court together — we haven’t seen it a lot over the course of the last year or so — it’s exciting for us. If we can get dozens of games under our belt with those three playing, I think we can really develop something.”

Harden did not play in Brooklyn’s loss at Portland on Monday. The three-time NBA scoring champion was averaging 22.4 points, 8.1 rebounds and 9.7 assists.

Irving tweaked his ankle against the Trail Blazers. But against Chicago, he was set to play for just the third time this season.

Irving, who has refused to get the COVID-19 vaccine, is barred from suiting up in New York due to the city’s mandate. He has resumed playing on the road.

Chicago implemented a similar vaccine mandate last week. But visiting professional and college athletes are allowed to play, as are non-resident performance artists.