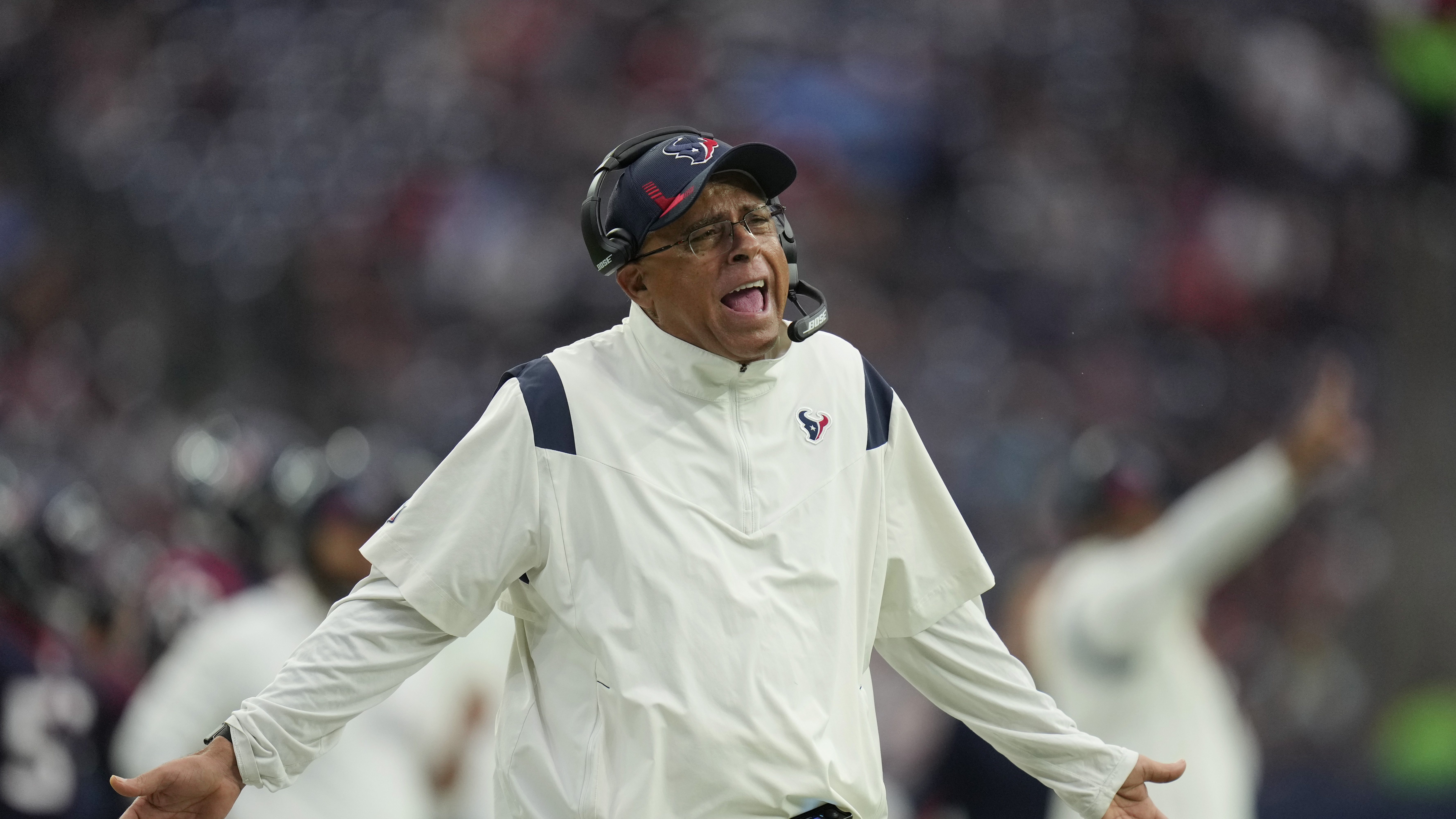 HOUSTON (AP) — The Houston Texans have fired coach David Culley after just one season, a person familiar with the decision told The Associated Press.

The person spoke to the AP on Thursday on condition of anonymity because the move hadn’t been announced.

His firing comes days after Houston closed out a 4-13 season with a 28-25 loss to Tennessee.

Culley said Monday he expected to return, but general manager Nick Caserio was said to still be evaluating him at that time before the decision came Thursday to move on.

The 66-year-old Culley was hired last January to replace Bill O’Brien after spending 43 years as a college and NFL assistant. He took over a team that went 4-12 in the 2020 season with Deshaun Watson at quarterback.

Watson requested a trade around the time Culley was hired, and before 22 women filed lawsuits against the QB alleging sexual harassment or assault. The issues kept Watson out all season and precipitated a rebuild in Houston that left Culley at the helm of one of the NFL’s worst teams.

This is the first time the Texans have fired a coach after just one season. The team’s first coach, Dom Capers, spent four seasons in Houston before being fired. Gary Kubiak was hired next, and he was let go in his eighth season. The team parted ways with O’Brien after he opened his seventh season 0-4.

Culley was hired after spending 2019-2020 as assistant head coach, wide receivers coach and passing game coordinator for the Baltimore Ravens. Before coming to Houston, Culley had worked as an NFL assistant starting in 1994, also spending time with Tampa Bay, Pittsburgh, Philadelphia, Kansas City and Buffalo. He began his career as a college assistant and spent 1991-93 at Texas A&M.

Houston beat Jacksonville in the opener before losing eight consecutive games after Tyrod Taylor was injured and rookie quarterback Davis Mills struggled to adjust to the NFL.

But the Texans played better late in the season, with two of their four wins coming in the last month of the season, highlighted by a 41-29 victory over a Los Angeles Chargers team still in playoff contention.

The late improvement wasn’t enough to save Culley’s job, and the Texans face a big offseason where they’ll have to find a new coach, will look to finally trade Watson and will have the third overall pick in the draft after not having a first-round pick in the last two drafts.