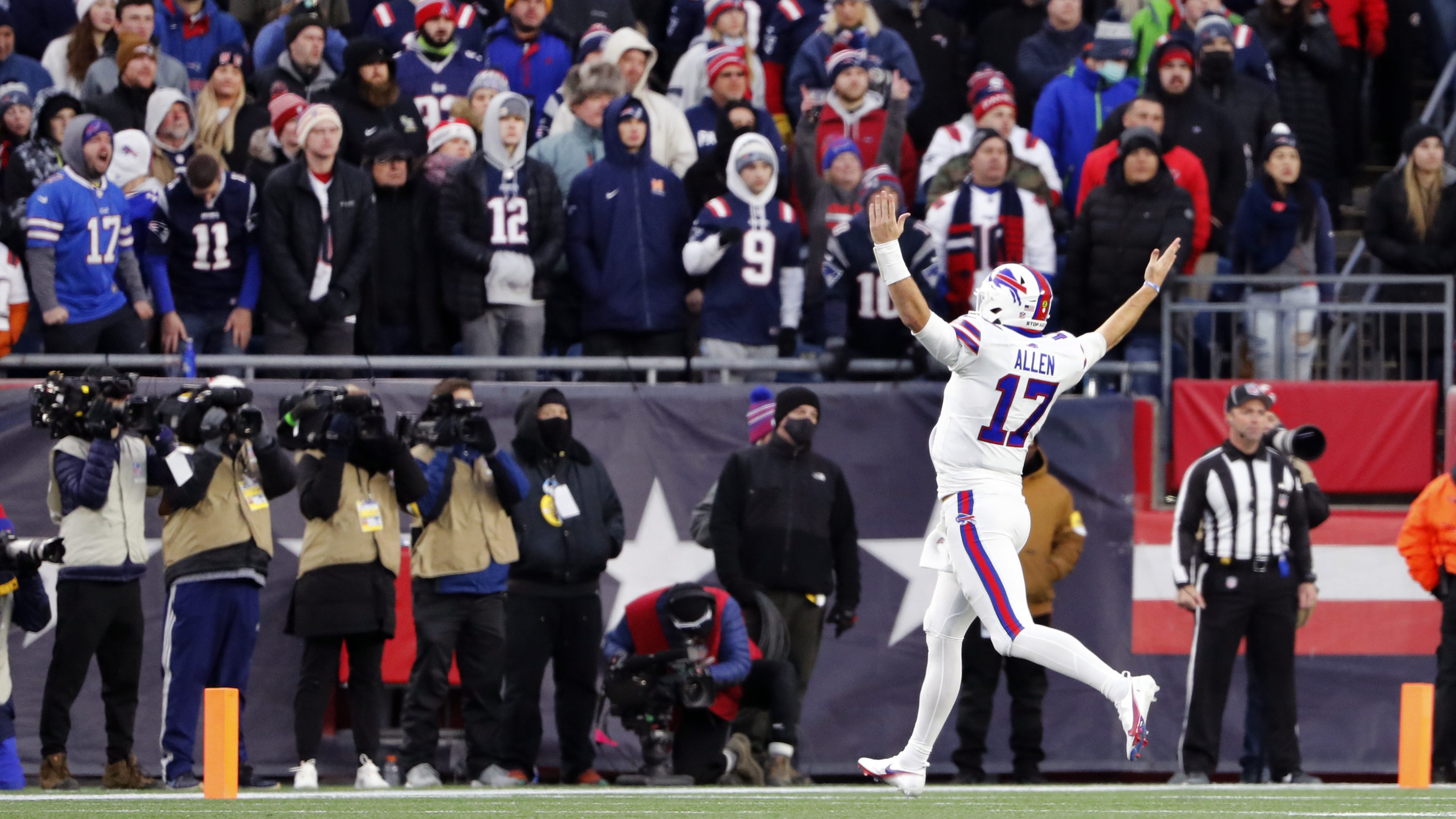 ORCHARD PARK, N.Y. (AP) — Chris Kelsay’s introduction to the Bills’ so-called and very one-sided divisional rivalry against the New England Patriots differed from many of the defensive end’s contemporaries over his 10 seasons in Buffalo.

He began his career with a win.

And yet, Kelsay will never forget the words of caution he received shortly after the Bills opened the 2003 season with a stunning 31-0 victory, punctuated by hefty defensive tackle Sam Adams returning Tom Brady’s interception 37 yards for a touchdown.

Perhaps, no truer words had ever been spoken.

Not only did the Patriots respond by beating the Bills 31-0 in the season finale en route to winning their second of an eventual six Super Bowl titles spanning the 2001 to 2018 seasons, they proceeded to win their next 15 straight meetings over Buffalo.

“Oh, yeah, I played them 20 times in my career and I think I beat them twice,” said Kelsay, referring to Buffalo’s streak-ending 34-31 win over New England in 2011. “You were always optimistic about your game plan, your preparation, but during that timeframe, they obviously got our number more than we got theirs.”

Difficult as it was then, Kelsay is encouraged to see signs of the tables finally being turned. The Bills have won three of four, and loosened the Patriots’ lengthy grip on the AFC East by winning division titles in each of the past two seasons.

“It’s pretty remarkable really,” said Kelsay who acknowledged initially having pangs of jealousy in watching the Bills enjoy success in retirement. “It’s awesome to see the success they’re having.”

The Bills are no longer the Patriots patsy that occurred during a lengthy run from 2000 to ’19, which coincided with coach Bill Belichick’s arrival and Tom Brady’s final season in New England. Over that stretch, Belichick won 35 of 40 meetings, with Brady going 32-3 (now 33-3 after he led Tampa Bay past Buffalo last month) to set the NFL record for most wins against one opponent.

With Brady gone, Buffalo swept the season series last year for the first time since 1999. This year, the Bills responded from an embarrassing 14-10 loss in blustery conditions at home on Dec. 6 with a 33-21 win at New England three weeks later.

On Saturday, the teams will meet for only the second time in the playoffs, after the then-Boston Patriots beat Buffalo 26-8 in the former American Football League’s divisional playoff in 1963.

Bills coach Sean McDermott dismissed whatever recent success the Bills have enjoyed by referencing the 14-10 loss in which the Patriots attempted three passes while finishing with 222 yards rushing to counter the elements.

“This is a good football team,” McDermott said. “And I don’t think you have to look any further than knowing that they beat us here a couple of weeks ago.”

Former Patriots linebacker Jerod Mayo also discounted the past, in noting how both teams have changed. The Bills are now led by fourth-year starter Josh Allen, while the Patriots are in transition under rookie Mac Jones.

“Honestly, I don’t really get into comparing teams,” Mayo said. “Every team has it’s own unique structure, own unique identity.”

It’s easy for Mayo to say, given he enjoyed a 14-2 record over Buffalo during his eight seasons in New England from 2008-15.

The difference is Mayo didn’t have to endure the sometimes head-banging frustrations the Bills endured in almost always coming up short.

There was the 2009 season-opening 25-24 loss, in which Buffalo’s Leodis McKelvin had a vulgar symbol spray-painted on his front lawn after fumbling a kickoff, which led to the Patriots scoring 12 points in final 2:06. There was New England’s 56-10 blowout victory at Buffalo in 2007, when Brady threw four touchdown passes to Randy Moss in the first half alone.

Even Buffalo’s win in 2011 wasn’t ultimately satisfying. After the Bills rallied from a 21-0 deficit to beat New England, they squandered a 21-0 lead in a 49-21 season-ending loss.

To Kyle Williams, the losses stand out more than the wins.

“I remember more of my licks and butt-kickings I took,” the former Bills defensive tackle said.

If anything, the few wins reminded Williams of how much effort and focus it took to beat New England.

Pleased as he is with Buffalo’s recent run, Williams doesn’t believe this team has relieved any ghosts of the Bills’ past — not his at least.

“I’m extremely proud for them, and happy, but I don’t know that it really exorcises any deep-seeded Patriots’ demons I have because I’m not the one out there that made that happen,” said Williams, who enjoyed three wins over New England during his 14-year career in Buffalo from 2005 through 2018. “I had my opportunities. It didn’t work out.”

“I’m certainly glad, just like all Bills fans across the country, that this curse has been broken by this staff and this squad,” said Moorman, whose career in Buffalo included two stops spanning 2001-13.

“We’re just not competitive, we’re the team to beat,” Moorman said, not apologizing for using the words “us” and “we” when referring to the Bills. “Everybody’s kind of looking up to us. And I don’t think you can take that away from them. They should be proud of that and, obviously, be confident going into this matchup.”