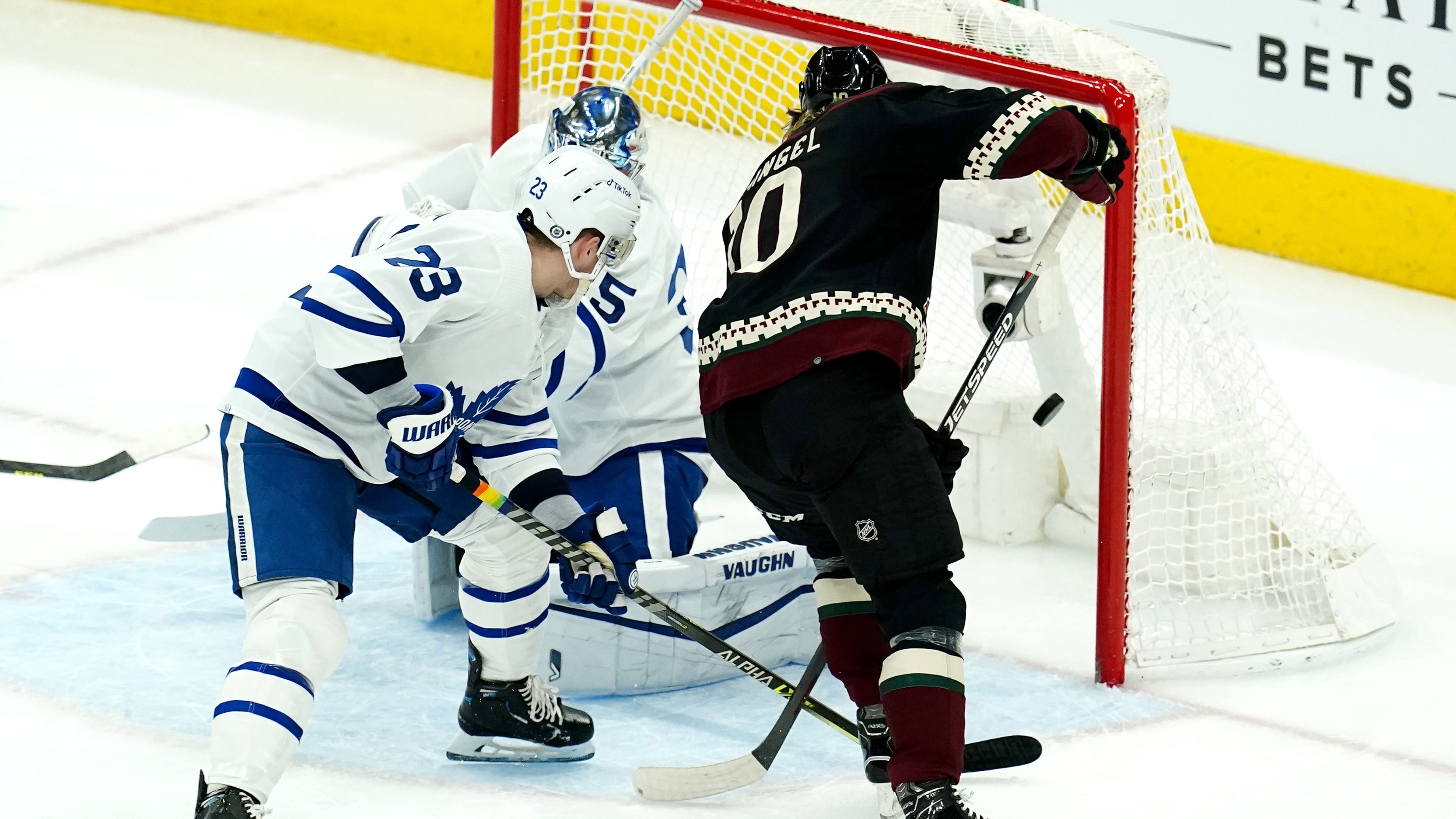 Auston Matthews scored 14 seconds into the third period (24th) from Jake Muzzin and Michael Bunting. The goal set a franchise record for Matthews, who grew up in nearby Scottsdale — his ninth consecutive road-game goal, breaking the record previously held by Babe Dye, Frank Mahovlich and Daniel Marios.

In the first two periods, Toronto couldn’t solve Vejmelka, who stopped 35 shots before Matthews beat him above his left shoulder. It was the Maple Leafs’ first game in Arizona since November 2019.

The Coyotes scored first even though Toronto had 16 of the game’s first 18 shots. Ryan Dzingel, playing in his first game since Dec. 10, scored an unassisted goal from in front of the net

Toronto goalie Petr Mrazek had 16 saves while playing just his second game since November and his fourth of the season. He missed 20 games with a groin injury.

The Maple Leafs were still without forwards Pierre Engvall and Mitch Marner, also in the health and safety protocols.

Maple Leafs: Toronto has only been shut out once this season, 2-0 on Nov. 20 by Pittsburgh.

Coyotes: Kolyachonok made his NHL debut Wednesday. The 20-year-old native of Belarus was a second-round pick of Florida in the 2019 draft. … The Coyotes have won all three games they have led after two periods this season.

Coyotes: At Colorado on Friday night.