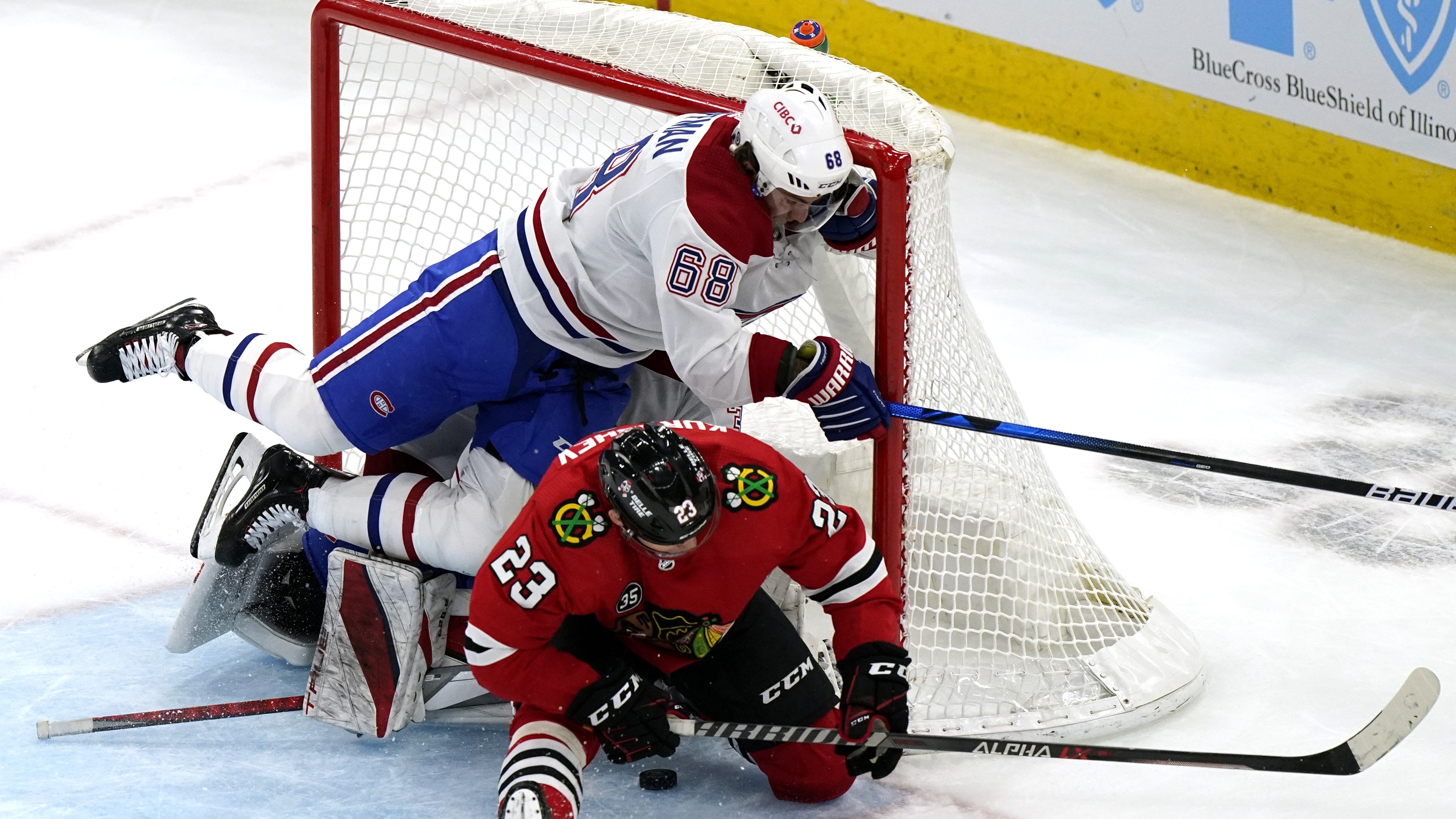 Montreal, a defending Stanley Cup finalist, has dropped five straight and is 1-9-3 in its past 13 games. The Canadiens are 7-24-5 overall and fell behind Arizona for the worst record in hockey when the Coyotes beat Toronto on Wednesday.

Dominik Kubalik and Patrick Kane also scored for Chicago, which won its third in a row. Marc-Andre Fleury stopped 27 shots.

Kurashev piled into Montembeault’s crease during overtime and put the puck in the goal as the net came off its moorings. A replay review confirmed the puck crossed the goal line first and that Chicago was onside on the play.“

I’m glad it went our way,” Blackhawks interim coach Derek King said. “If it didn’t go our way I was going to ask for a penalty, since their guy took the net off. When they reviewed the office, that’s when I got a little nervous.”

Kurashev called it “a really close call. It was good, and good thing the ref saw it the same way.”

To the Canadiens, it felt like more of the same.

“It’s tough,” Petry said. “To not come out of here with the extra point, it’s tough to swallow.”

Kane tied it at 2 on a power play, ending his 13-game goal drought 2:21 into the third with a deep-angle wrist shot.

Montreal had only two shots on goal in the first period but rebounded to take the lead in the second on Petry’s first goal of the season and Hoffman’s first in 14 games.

“The first, we did all the little things right,” King said. “The second, we were feeling confident and we shouldn’t be doing that. The third, we got the job done. We picked away at it.”

Chicago dominated the first period with 13 shots, but only Kubalik beat Montembeault, with a wrist shot on a breakaway at 7:42.

Each team was 1 of 4 on the power play. … Montreal defenseman Chris Wideman was suspended one game without pay by the NHL for a head-butt against Boston forward Erik Haula on Wednesday. He’ll forfeit $3,750. … With goaltender Jake Allen sidelined by an undisclosed injury, the Canadiens called up Cayden Primeau from the taxi squad to back up Montembeault and brought up goalie Michael McNiven from Laval to the taxi squad. … Chicago’s Lukas Reichel played in his first NHL game. He was the Blackhawks’ top pick in the 2020 draft, selected 17th overall. … Forward Alex DeBrincat was the lone Blackhawk named to the Central Division All-Star team. Forward Nick Suzuki was the only Canadien picked for the Atlantic Division squad. It’s the first NHL All-Star Game for each.

Canadiens defenseman Kale Clague exited COVID-19 protocol and rejoined the team, but did not dress. … Blackhawks forwards Dylan Strome and Kirby Dach went into protocols, while forwards Brandon Hagel and Sam Lafferty were cleared out of protocols and placed on the roster.

Montreal continues a six-game trip Monday at Arizona. Saturday’s home game with New Jersey has been postponed because of COVID-19-triggered provincial restrictions on attendance in Quebec.

Chicago hosts Anaheim on Saturday before going to Seattle on Monday.