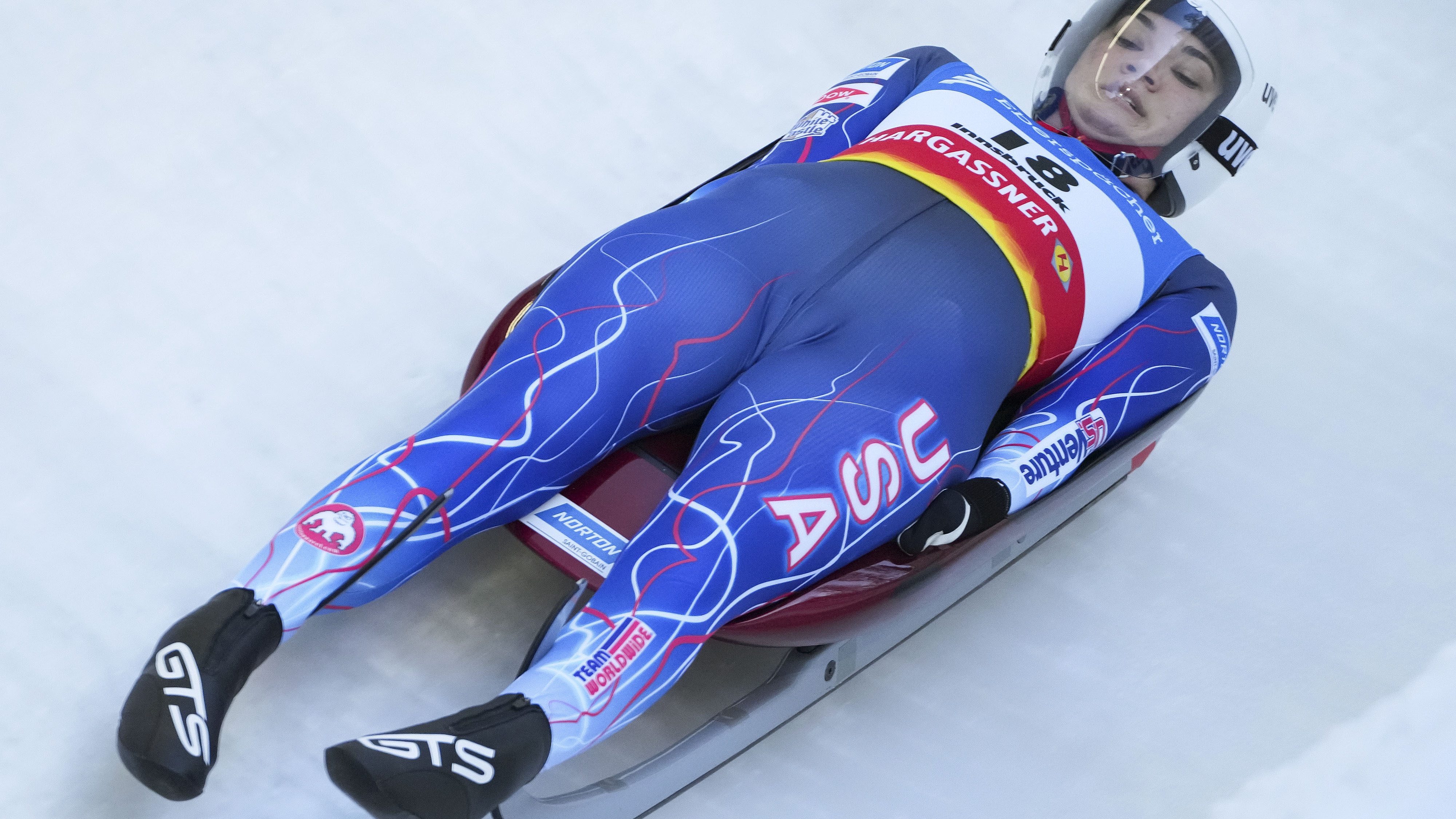 Emily Sweeney is headed to the Olympics to represent USA Luge for a second time, and her plans for the next couple weeks are largely the same as the final preparations were for her debut at the Pyeongchang Games four years ago.

With one minor exception.

The plan this time includes a new twist: “Not getting COVID,” she said.

It has not been an easy season for USA Luge. Some athletes got hurt, others never found consistent speed, there were no races on familiar ice in North America. The top doubles sled of Chris Mazdzer and Jayson Terdiman didn’t make the Olympics and Sweeney had to miss two World Cups in Russia because, as an active soldier in the U.S. Army, she wasn’t allowed to go there under current military guidelines.

And, of course, there are the virus concerns, which could still thwart anyone’s plans of racing at the Beijing Games. But there is hope, perhaps especially on the women’s side where Sweeney and Summer Britcher have routinely had some of the best speeds in the world all season.

“I am very excited to be in Beijing,” Sweeney said. “There’s a lot of steps that still need to happen to get there. But yes, I will be excited once we are there and we have coaches and everyone makes it through. I think that it won’t feel real until we’re there.”

Mazdzer won an Olympic silver medal in 2018 and he’ll be back for a fourth time, leading a men’s team that includes veteran Olympian Tucker West and newcomer Jonny Gustafson. Britcher, Sweeney and Olympic rookie Ashley Farquharson are the women’s sliders, and rookies Zack Di Gregorio and Sean Hollander are the doubles team that the Americans are sending.

And even though some of their teammates didn’t make the Olympic cut, there has been a camaraderie that was essential this season — which the Americans hope pays dividends at the Yanqing Sliding Center, the track built for these games.

“It’s something that has been developed for a really long time with all the athletes here and it’s something special,” Mazdzer said. “For how crazy and terrible and ruthless this year is, it’s been fun with the team.”

At least two women will break through and reach the Olympic medal stand for the first time, since two-time defending gold medalist Natalie Geisenberger of Germany is the only past medalist expected to be in this field. Dajana Eitberger, the 2018 silver medalist from Germany, didn’t qualify and 2018 bronze medalist Alex Gough of Canada retired.

A third consecutive gold would only add to Geisenberger’s argument as being her sport’s greatest ever — no woman has ever gone back-to-back-to-back at the Olympics or won an individual medal in four straight games.

There are plenty of contenders: Germany’s Julia Taubitz and Austria’s Madeleine Egle have been the most consistent all year, and there’s no question that Britcher and Sweeney can both find their way to the medal stand.

King Felix is back, seeking to reclaim his title.

Felix Loch won Olympic gold in 2010 and 2014 for Germany and was the leader entering the fourth and final run of the 2018 race — then bumped a wall, lost a ton of speed and fell all the way to fifth place. Austria’s David Gleirscher prevailed, with Mazdzer second for the U.S.

Loch is back and right there among the top contenders for these games. Fellow German slider Johannes Ludwig — a winner by a massive margin in the preseason race at Yanqing — will likely be the favorite, while Latvia’s Kristers Aparjods, Austria’s Wolfgang Kindl and Germany’s Max Langerhan have been consistent for most of the season. Another name to watch: Dominik Fischnaller of Italy, always a medal threat.

Again, there’s parity and quite possibly a changing of the guard.

Germany’s Tobias Wendl and Tobias Arlt are the two-time defending gold medalists, and their countrymen — Toni Eggert and Sascha Benecken — have won just about everything other than an Olympic title.

Eggert and Benecken should be considered the favorites, and they won the preseason event at Yanqing. But Austria’s Thomas Steu and Lorenz Koller and the Latvian brothers team of Andris Sics and Juris Sics — like Wendl and Arlt — have been medal threats just about every week.

This is where things get interesting, especially for the U.S.

The relay is three runs per nation — one from a women’s slider, one from a men’s slider and then one from a doubles team. The sled waiting at the top of the track can’t take off until the sled crossing the finish line slaps a timing pad to start the next leg of the relay.

Mazdzer and Terdiman would have anchored the U.S. hopes, but now that task goes to Di Gregorio and Hollander. The Americans have had success in relays this season, but as always, the U.S. and all other challengers will have to get past the Germans — who have won both Olympic golds since the relay was included in 2014.

The Americans have a chance to win a medal in a third consecutive Olympics, and if it happens that’ll be a first in USA Luge history. Germany (whether it was a unified team, or East Germany or West Germany) has always medaled, while Italy, Austria and the Soviet Union also had streaks of at least three consecutive Olympics with at least one luge medal.