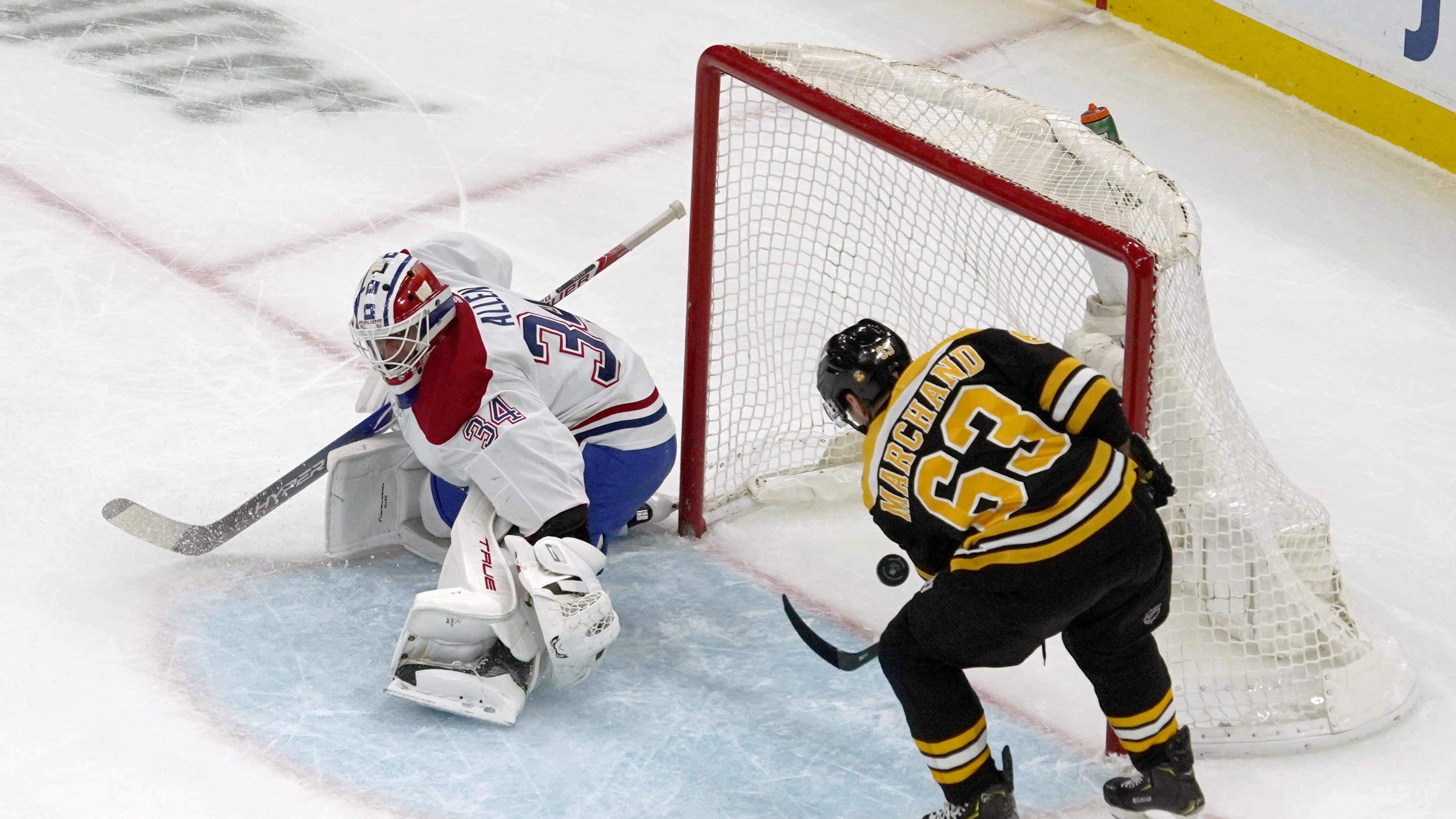 BOSTON (AP) — Brad Marchand scored twice 15 seconds apart in the first period and completed the hat trick with a short-handed goal in the second, leading the Boston Bruins to a 5-1 victory over the Montreal Canadiens on Wednesday night.

Curtis Lazar also scored for Boston and Urho Vaakanainen got his first NHL goal. Linus Ullmark stopped 24 shots as he tries to hold onto his spot in the goalie rotation with Tuukka Rask, the winningest goalie in franchise history, expected to make his season debut on Thursday night.

It was the Bruins’ third straight win — their sixth in seven games — and the third time in a row they have opened a four-goal lead. Michael Pezzetta scored midway through the second period for Montreal to make it 4-1 and spoil Ullmark’s shutout bid.

Jake Allen gave up two goals on seven shots in the first 17:11 before he was replaced by Sam Montembeault, who stopped 31 of 34 shots the rest of the way.

Roope Hintz had a goal and two assists and Jani Hakanpaa added an empty-netter for Dallas, which has won its last five home games and 13 of 14 at the American Airlines Center. Jake Oettinger stopped 23 shots.

Jared McCann had his team-leading 15th goal and also assisted on Calle Jarnkrok’s power-play goal for the Kraken, who are 0-5-1 in their last six games. Philipp Grubauer had 20 saves.

Auston Matthews scored 14 seconds into the third period (24th) from Jake Muzzin and Michael Bunting. The goal set a franchise record for Matthews, who grew up in nearby Scottsdale — his ninth consecutive road-game goal, breaking the record previously held by Babe Dye, Frank Mahovlich and Daniel Marios.

Toronto goalie Petr Mrazek had 16 saves while playing just his second game since November and his fourth of the season. He missed 20 games with a groin injury.