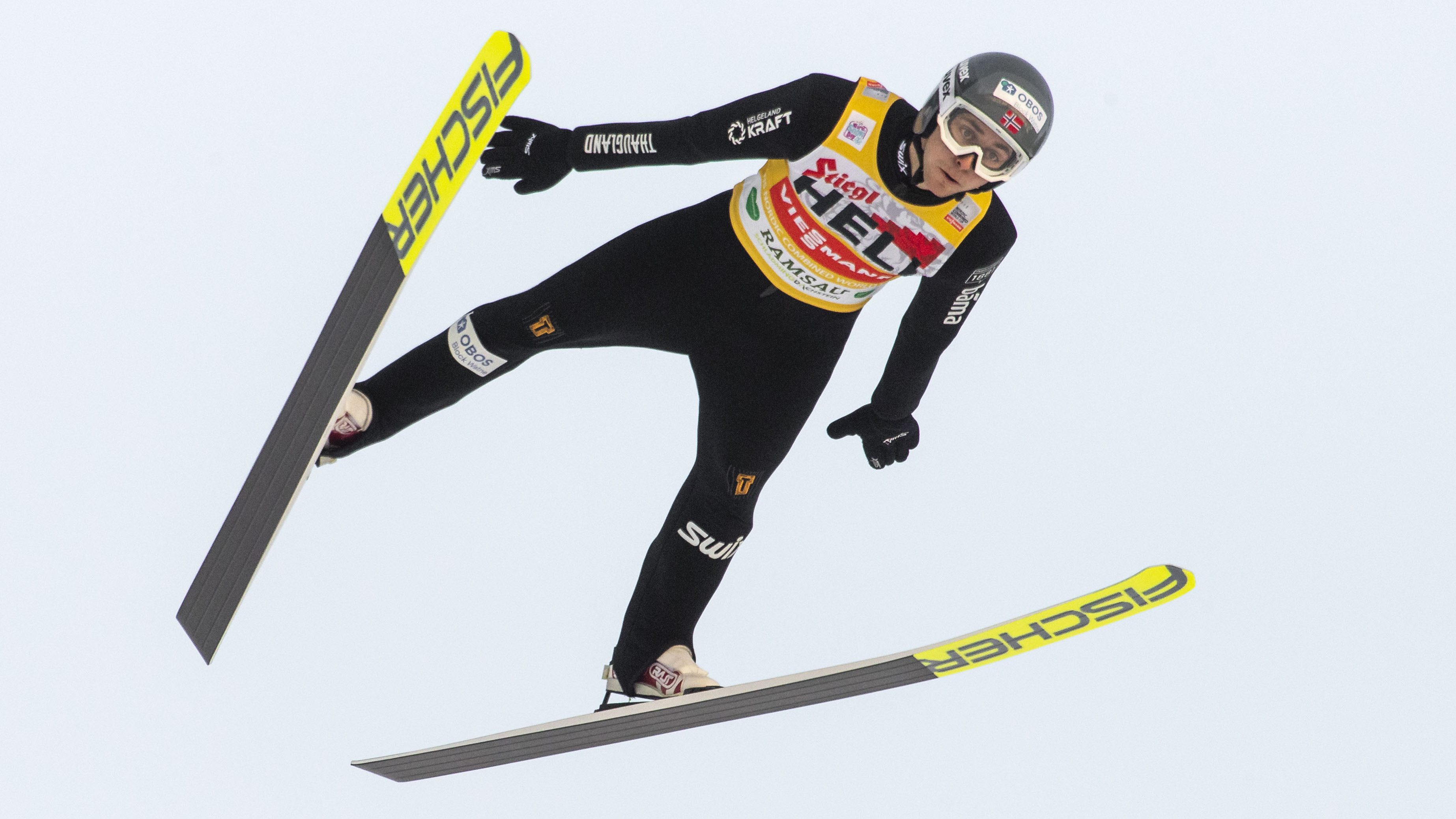 Norway’s Jarl Magnus Riiber has been so dominant in World Cup competitions that other Nordic combined athletes are studying how he soars past the competition in ski jumping to often take a huge lead into the cross-country skiing leg of the events.

They hope the homework pays off next month at the Winter Olympics in China.

“I have videos of Jarl saved on my laptop,” American athlete Jared Shumate said. “Every team and every athlete in our sport is watching video of him, trying to figure out how and why he’s on another level.”

Nordic combined, which was part of the first Winter Olympics in 1924, challenges athletes in a unique way. They need to have finesse and fearlessness for ski jumping and the strength and stamina necessary for a 10-kilometer cross-country course.

The athlete who wins the ski jumping stage starts the cross-country race in the front of the pack, followed by the rest of the competition in their order of finish. Then it’s a race to the line for gold. The team event includes four teammates who jump and then head to a cross-country relay.

The 24-year-old Riiber will be very motivated to win in China after falling just short of earning a spot on the podium four years ago, finishing fourth in the large and normal hill competitions.

Since the Pyeongchang Games, he has been ranked No. 1 on the World Cup circuit.

“He’s probably going to go down as the best Nordic combined skiier ever,” said NBC analyst Johnny Spillane, a three-time Nordic combined Olympian. “He’s the best jumper on the hill, generally, and could probably switch to just being a ski jumper. He’s a good cross-country skiier and a fantastic finisher.

“He’s just got so much natural talent, and he’s been really good since he was 18 years old.”

Nordic combined is the only Olympic sport without gender equality, preventing women from competing on the world’s stage even though they compete internationally.

Women broke through in ski jumping at the Sochi Games in 2014, but they will have to wait at least four more years to participate in Nordic combined at the Olympics.

“There is there is no viable excuse left for the International Olympic Committee to not put women’s Nordic combined into the 2026 Olympic Games,” said Billy Demong, a five-time Olympian and executive director of USA Nordic.

Riiber is expected to win both individual events (large and normal hill jumping, each of which is followed by its accompanying cross-country race), but will have plenty of competition. Each of the athletes who earned an Olympic medal four years ago will be competing in China, including one of the sport’s all-time greats.

Germany’s Eric Frenzel won gold on the normal hill in South Korea — as he did at the Sochi Games — and earned gold in the team competition as well as a silver on the large hill, giving him six Olympic medals in his career.

Frenzel is one medal away from matching the Nordic combined record of seven set by Felix Gottwald of Austria. He is tied for the all-time lead in the sport with three golds, matching Gottwald, Finland’s Samppa Lajunen and Ulrich Wehling of Germany.

Austria’s Johannes Lampater, who was No. 2 in World Cup points behind Riiber in mid-January, along with Germany’s Vinzenz Geiger and Terence Weber are also expected to contend. Germany’s Johannes Rydzek will defend his title on the large hill.

The U.S. has not had a lot of success in Nordic combined, failing to have anyone on the podium at the Olympics until Spillane won the first of three silvers in 2010 and Demong won gold on the large hill and silver in the team competition. The Americans were shut out the past two Olympics.

Taylor Fletcher won the U.S. trials, securing a spot on the Olympic team for the fourth time in what he said will be his finale.

“He’s one of the best cross-country skiiers on the circuit,” Spillane said. “He has struggled with his jumping, but he if he can do a good jump, he could be dangerous.”

After the individual events Feb. 9 and 15, teams of four will compete in the team competition. Each will jump once and cross-country ski for 5 kilometers as part of a relay race on Feb. 17. Germany, Norway and Austria took the podium four years ago and the traditional powers are projected to be the teams to beat again next month.

Nordic combined cross-country ski races will be held in the mountainous Zhangjiakou competition zone, about 100 miles (160 kilometers) northwest of Beijing.

The site altitude is 1,665 meters (5,462 feet) above sea level, which is near the elevation limit for Nordic venues and comparable to Soldier Hollow, the site of the 2002 Salt Lake Olympics. High elevation means less oxygen for the athletes, making racing more difficult.

Jim Steenburgh, an atmospheric sciences professor at the University of Utah who has provided weather support for various Winter Olympics, said cold surges and wind and dust could be factors.

Wind is certainly a factor in ski jumping, depending on the direction of gusts.

“We heard that it’s a pretty windy venue and that can have a dramatic role in the outcome,” Spillane said. “If everything is equal and fair, it would be pretty surprising if Riiber didn’t win.”